Jeff Timmons Is on an Emotional High 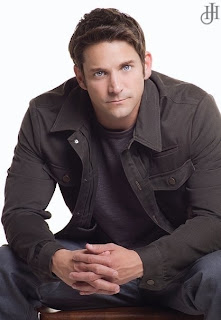 Jeff Timmons (photo, left, courtesy Jenn Hoffman Photography), former member of the boy-band supergroup 98 Degrees, is releasing a new album next month. So, what's the big deal about this album? He's giving it away for free (yes, this sentence is redundant — I just wanted to make it clear).

I had the chance to talk with Jeff last week, and we covered a range of topics. From the early days of 98 Degrees to his solo work to being a father, we covered the gamut. Enjoy!

Celebrity Extra: First off how and when did 98 Degrees form? How did you all find each other and get together?

Jeff Timmons: I started a singing group at Kent State, and it was really off the cuff. How it happened is I went to a party with a group of guys I knew from Massillon, and they were singing the song Desperado to try to impress some girls. I suggested we sing something a cappella to really impress them, and they liked it. We thought we were cool, so we decided to quite school and pursue music as a group. I had a semester left before I was to graduate (with a degree in Child Psychology), so you can imagine my parents were not thrilled.

We drove cross-country to L.A. The guys from Massillon were with me for about five months, and they quit. I put an ad out looking for a new group and eventually met a guy who went to school with Nick (Lachey). I don’t know how, but I convinced him to come to L.A. My brother was in the group for a while, and he quit. Drew, Nick’s brother, and Justin, who went to school with Nick, came out and it just sort of came together.

CE: Have you always wanted to be a singer?

JT: I was in plays and stuff, but I didn’t like to sing. I was always afraid to sing. I liked being in theater and acting. But I wanted to quit choir to play sports. As a kid, the only time I wanted to be a big pop star was when Michael Jackson’s Thriller came out — but every kid wanted to be a pop star then.

But that night at the party in college, the sound was good. Aside from Boyz II Men, there were no groups like this at the time. I thought it might be a good idea to go out to L.A. and just try it. It was really weird. I never planned or expected this. I did a lot of stuff on the fly and made a lot of crazy decisions, now that I look back, but I really was feeling that something could come of it.

CE: I’m sure you always get asked this, but is the door open for one day to get back together with 98 Degrees? Do you guys talk about it?

JT: We were one of those groups that didn’t really have a bad breakup. We all got along. Of course, you’re going to get sick of being around the same people 24 hours a day for years, and that’s what happened to us, like you get sick of your brothers and sisters. I don’t think the opportunity has made itself known yet, but we definitely talk about it every time we get together. The door is definitely open. 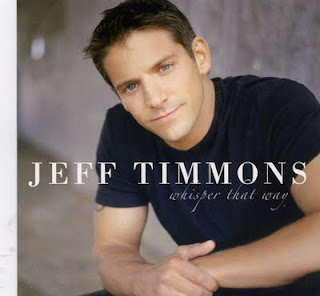 CE: What made you decide to put out this new album, especially by yourself?

[His first solo album] Whisper That Way was a small project. I had just gotten off the road and there was a huge backlash against boy-band music, aside from Justin Timberlake. The rest of us had to try to figure out how to keep being successful. I had learned a lot in the studio, so I was tinkering around and did that whole album myself with some friends. The production isn’t really that strong, but it did have a hit song come from it.

This new album I am really proud of. I produced everything, mixed everything. I do all that stuff, because I love it. I don’t do it because I think I am supertalented or supercool. I just don’t want anyone else touching my stuff. In the group, we’d had producers forced on us, but we also worked with great producers. I learned from what they did and tried to implement it into this new music.

CE: What made you decide to give it away for free?

JT: I love this new music and I want people to be able to get their hands on it. We sold almost 11 million records with 98 Degrees, and I don’t know if all the fans out there are aware that I do music myself. They don’t know what my music is going to sound like, and I can’t expect them to just go out and buy it, spend 10 or 15 bucks. I thought, I’ll give it away. I mean, if you want to get your hands on music for free nowadays you can do it in a second, with downloading and file sharing. Why not get people in one place, find out who the fans are, let them know I am behind giving it to them for free and then go from there? We’ll see what happens after that. We’ll see if I can get people excited about it. It’s just about reintroducing myself.

In the future, music is going to be sponsored by corporations. That’s how you can continue to make money as an artist and subsidize the cost of making the album. When you have a passion for something, you want people to see your work. You don’t always know how to get paid for being creative. I think this model can be a model for a lot of different people. 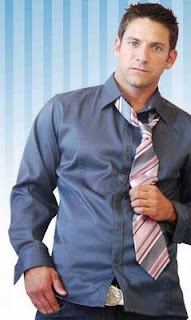 : In listening to some of the new songs, I really liked Sexy Mama; it is very definitely Prince influenced. And I heard some Michael Jackson-esque songs in there …

I was trying different things. With Sexy Mama, I was in a vibe where I wanted to sound like Prince. Sometimes people get a little too deep in what a song is supposed to mean. If it’s a ballad that you are pouring your heart and soul into, that’s one thing, but if you’re writing about a sexy woman, how deep can you really get? I just wanted to bring the kind of vibe where people can just have fun. That’s what the whole album is about. The last album, I was going through hell. I was going through a divorce, I had kids and it was rough. I didn’t know how to produce records all the way yet. We were off the road, and I couldn’t catch a cold from the press. That album was serious, but it was something I wanted to do. This new album is all about fun. I’ve got plenty of 98 Degree-type songs, but I just wanted people to see that I can do songs like this too.

CE: When You Were Here is a really personal song. Is it difficult to sing about stuff like that?

JT: There’s a way you can communicate with a song that you can’t with just words. If you’re like me, sometimes you say the wrong things. But with writing a song like this, you have time to get it as close to perfect as you can to express the feelings you are having.

CE: Tell me about being Jeff the father. How awesome is it to be someone’s daddy?

JT: It is the best thing in the world. My career and everything I’ve been doing centers on being a dad. Rather than me wanting to get my music out there so I can make some money and get famous, now I want to make the music I like and figure out how to make money from it without being on tour forever, because I’ve got to be with my kids (Alyssa, 10, and Jeffrey “Buddy”, 8). Anyone who knows me knows that my kids are my life. I coach my daughter’s soccer team; I’ve been to every one of my son’s football games; I help them with their homework. I am really hands-on in their lives. Nothing I’ve accomplished music-wise is as fulfilling as far as your soul goes or your spirit. I am more proud seeing my girl do the school announcements and the Pledge of Allegiance. And my son’s football team is really good and they are going to the playoffs. I just go and watch with all the other dads. My most proud achievement is my kids and how well they are turning out.

Sign up to get your FREE Jeff Timmons album at JeffTimmons.com, and between Christmas and New Years he’ll send out an e-mail with a link to the finished album, which is most likely going to be called Emotional High. And don’t miss him co-host the nationally syndicated morning talk show The Daily Buzz on Monday, Nov. 30, and perform on Tuesday, Dec. 1. Check your local TV listings for details. If you are in the Orlando area on Dec. 2, he’ll be performing at the Blue Martini (Here’s his Facebook link for details: http://tinyurl.com/JTBlueMartini).
Posted by Cindy Elavsky at 4:24 PM