Nick Lachey & Vanessa Minnillo Departing On A Flight At LAX

SOURCE
MORE PHOTOS CAN BE FOUND AT THE LINK No Embed link but Checkout the Interview HERE

Nick Lachey and Vanessa Lachey's son, Camden, has gotten so big!
The 33-year-old actress shared an adorable family photo of her hubby and 20-month-old little man yesterday on Instagram.
"Happy Memorial Day everyone!" she wrote. "I'm so grateful for these family moments and the beautiful freedom we have. Thank you to all the men and women who have sacrificed for our country. You are forever loved."
In the too-cute pic, a shirtless Lachey shows off his abs while carrying Camden on his shoulders. Camden looks absolutely beautiful while holding on to his dad's head.

Lachey shared another adorable photo of daddy and Camden playing just the other day. "Sweet Home Cincinnati! I can watch Daddy and his little helper all day!" she captioned the photo, which shows Lachey putting together a toy slide.
The other month, Vanessa gushed to E! News about her growing little boy. "The little man is out of this world," she said. "He's 18 months now and his personality is coming out. He's putting sentences together. He got his first haircut. I feel like next is college and girlfriends."
Too cute.

Jeff Timmons of 98º to Perform at Fashion Show Luncheon 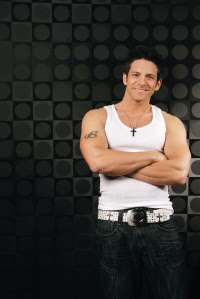 “Jeff Timmons of 98º” will be the featured performer at this year’s Pro Football Hall of Fame Enshrinement Festival Fashion Show Luncheon on Friday, August 1, at the Canton Memorial Civic Center.
A Massillon, Ohio, native, he is the founding member of the internationally acclaimed, multi-platinum, Grammy nominated group 98 Degrees, which has sold over 15 million albums with four top five radio singles.
Guests will enjoy a delicious lunch and the chance to win a fabulous diamond watch grand prize, followed by a runway show that is arguably the largest and most spectacular fashion show in Ohio. Football and fashion might seem like an unlikely mix, but it’s a perfect fit for the nearly 3,200 guests who enjoy the event that includes state-of-the-art sound, lighting, and video to showcase male and female models featuring the season’s hottest fashions.  An exclusive bridal scene will be a new element in this year’s show, and all the fashions will be enhanced by the excitement of several performances by Jeff Timmons!
Tickets for this fashion and entertainment extravaganza can be purchased at the Canton Regional Chamber of Commerce, 222 Market Avenue North in downtown Canton, or by calling ticket manager Kim Miller at 330.458.2048.
ABOUT JEFF TIMMONS:
98 Degrees produced mega-hits such as “The Hardest Thing”, “I Do”, “Because of You”, and the number one hit single featuring Mariah Carey called “Thank God I Found You.” The group also collaborated with Stevie Wonder on the song, “True to Your Heart” on the soundtrack for Disney’s hit animated feature Mulan. 98 Degrees’ albums have reached gold or platinum status in more than 60 countries around the world.
After his success with 98 Degrees, Jeff began his solo career by touring with Jim Brickman, and then single-handedly wrote and produced his first solo album which was released as a joint venture with Rising Phoenix and SLG Music. The album’s first single produced a top 20 hit on both the Billboard and R&R charts with the song “Whisper That Way” which was among the most added singles at radio each week it was on the air. In 2010, a single entitled “Emotional High” leaked to international radio and went #1 in 14 countries. Jeff has performed at the White House twice, and has made appearances on The Grammy’s,The Grammy’sThe Grammy’s,The Tonight Show, The American Music Awards, The Teen Choice Awards, MTV’s Total Request Live, Dick Clark’s “Rockin’ New Year’s Eve”, Dick Clark’s “Rockin New Year’s Eve” and many more.
More recently, Jeff completed the 2013 blockbuster “Package Tour” with his fellow band-mates in 98 Degrees and also featuring New Kids on the Block and Boyz II Men. Selling out arenas in every city they visited, the Package Tour became the highest grossing tour of 2013. 98 Degrees released their first studio album in 13 years titled 2.0 the same month that the tour kicked off, in May 2013.
Currently, Jeff is hard at work filming a new, highly anticipated television series for the E (Entertainment) Network. He is also busy writing and producing a soon to be released (still untitled) brand new solo studio album. 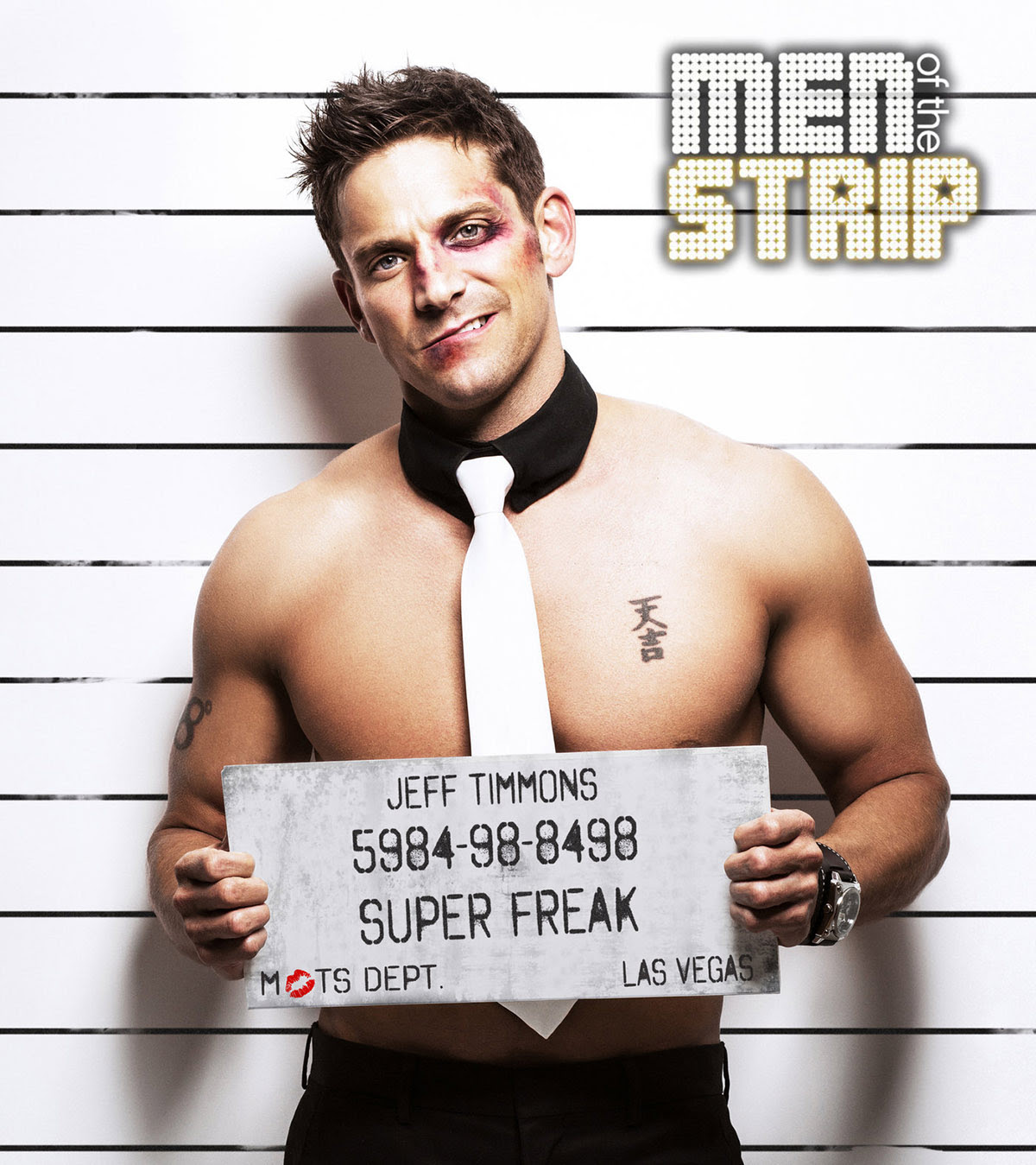 SOURCE
MORE PICS CAN BE FOUND AT THE ABOVE LINK SOURCE
MORE PICS FOUND AT THE ABOVE LINK Things are about to get extra hot around here, just in time for summer.
Get ready to meet the hottest guys from Men of the Strip—a reality special that follows the all-male ensemble Men of the Strip founded by Jeff Timmons of 98 Degrees.
Jeff, along with Emmy-nominated choreographer Glenn Douglas Packard and entertainment entrepreneur Mike Foland, have joined forces to revolutionize the face of the male entertainment industry.
There's Charles Dera, the veteran of the group, who could pass as True Blood's Joe Manganiello. Then there's Chris Boudreaux, who makes us do a double-take with his all-American good looks. And we can't forget about Nate Estimada (aka Midnite Cowboy). Hmm...we wonder how he got that nickname...
And that's just the beginning, ladies. Click below to see the other guys who make up the sexy Men Of the Strip!
JOEL SAJIUN

Nick Lachey on 'Dancing with the Stars': I'm not a dancer


Nick Lachey was joined with his wife Vanessa and a small entourage at Harrah's The Pool After Dark. He chatted with NJ.com about everything from family life to his professional endeavors. Check it out:
NJ.com: Welcome to Atlantic City, how does it feel to host The Pool After Dark?
Lachey: It's great, it's my first time, I'm very excited, I've heard a lot about it, and I'm excited to be here. We are going to have a great time.
What have you done so far while you were here?
Lachey: I just ate at Dos Caminos, played a little bit on the tables earlier, hung out at the sports bar, watched NBA Basketball, so we made a full day of it today.
Talk to us about your VH1 show. What's going on with that and what can we look forward to in your future?
Lachey: Well every day from 10-11am in Times Square, we do 'Big Morning Buzz' live on VH1. It's been a lot of fun. A chance to do live TV which is a rush to say the least. So yea we are enjoying it. Great people, great guests every day. Live music every day. It's a lot of fun, so expect more great shows for the rest of the spring and hopefully next fall.
Can't wait! Now what about Dancing with The Stars, would you want to do that like your brother?
Lachey: Oh no no no. No Dancing with the Stars for me. I'm not a dancer, my brother is the dancer of the family, and in fact I don't even like dancing to be honest with you, so I'm going to leave all that to him. And he won, so I mean I can't possibly beat him, all I can do is tie him, so it's a no win situation [laughs] for me.
Definitely. Now you just recently linked up with Lindt Chocolate for Autism Speaks, can you talk to us about that?
Lachey: Yes, my brother Zac has Aspergers, so Autism is something that my family has dealt with for a long long time. So the chance to partner with Lindt and bring some more awareness to Autism and partner with Autism speaks, it;s just one of those things where the numbers continue to increase and we don't have enough answers to the vast number of questions that there about Autism, what causes it? Why does it effect only certain people? So I think the more awareness and more funding we can bring to it, the closer we'll get to having more answers to those questions. I was very happy and honored to be a part of that.
Well, we appreciate it. You are a family person and you recently said that you would want to just move your family back to Ohio are you still into that?
Lachey: Yeah, I mean, Ohio is home; it's where my brother is and my niece and nephew and parents, so it will always be home. We are trying to gradually make our way back there. We are slowly making our way back there.
When you did the tour with New Kids on the Block and Boyz II Men, what was one of the most embarrassing or fun moment behind the scenes that nobody really knows about?
Lachey: Man, well the after parties are pretty epic. Not everyone got to see those, but those were a pretty good time. The highlight of the tour for me was singing with Boyz II Men in Cincinnati, we did a little a capella thing "In the Still of the Night", it was kind of a one time only thing for our hometown. And for me that was probably the most special moment of the entire tour.


It was a star-studded affair at New York City’s Webster Hall last night (April 29) as Sprint Sound Sessions attracted some big names.
Nick Lachey and his lovely wife Vanessa showed up for the shindig

SOURCE
LINK #2 MORE PICS CAN BE FOUND THERE AS WELL With two busy careers, fame, and a super-active toddler…how do Vanessa and Nick Lacheyhold it all together?
In the June 2014 issue of Parents magazine, the down-to-earth, likeable (and not to mention gorgeous) family tells all about the parenting discoveries they’ve made while raising son Camden, and the trick to getting some ‘alone time’ at the end of the day. See a few highlights from the feature below, and then head to parents.com to check out their exclusive video starring the cute couple in our “The New Parents Game.”
On Vanessa as a mother: “My wife’s maternal side is a new dynamic to her personality – and it’s definitely made her even sexier.” (N)
On Nick as a father: “I knew the man I was going to marry was not only a great man, a good friend, and a family guy, but he was going to respect and treat me well and be an amazing father and role model to our children. That’s Nick.” (V)
On Camden’s nap schedule: “Whether we’re in New York or Cincinnati or on vacation, as long as he gets his story, sounds machine, and song, he’s good.” (V)
On looking forward to 7:30pm every night, when Camden goes to bed: “We put on some music or a favorite TV show, pour a glass of wine, have dinner – that’s our ‘alone time’. That’s why it was so important to us to establish Camden’s sleep schedule right out of the gate. I had six different moms telling me ‘Get him on a routine; you will thank yourself later.” (V)
On advice from her friends not to let baby sneak into bed: “When you’ve got the little one between you, it’s not as romantic as when the two of you are alone.” (V)
Read the entire interview at parents.com.