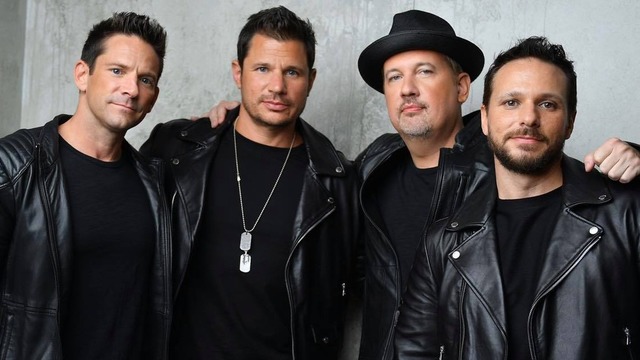 "It's go, go, go all year, and it's really nice that everything shuts down over the holidays," mother of three Vanessa Lachey tells PEOPLE

Where Christmas is concerned, it’s the more the merrier for Nick and Vanessa Lachey.
Vanessa tells PEOPLE that the couple and their three children — sons Phoenix Robert, 3, and Camden John, 7, plus daughter Brooklyn Elisabeth, 5 next month — are celebrating the holiday alongside a famous family member.
“[Nick’s brother] Drew [Lachey], [his wife] Lea and their kids are coming in on Christmas,” says the Top Chef Junior host, 39, who has partnered with children’s reading app Epic!.
“We’re excited to have them here because when we used to live next to each other in [Cincinnati], we always had Christmas together,” she adds of her 98 Degrees member brother-in-law and his family.
“And now that our kids are older, it’s hard to have Christmas away from home because they’re like, ‘Where are our presents?’ ” Vanessa says, noting, “And not that it’s about that at Christmas, but when you’re 2 and 4, that’s what Christmas morning is.”
While Vanessa and Nick, 46, have three children, Drew, 43, is a father of two. He and wife Lea, who tied the knot in 2000, share son Hudson Nicholas, 9½, and daughter Isabella Claire, 13.
“Since [Drew’s] kids are older, they’re going to have Christmas morning and then they’ll make it out here and we’ll all get to celebrate,” Vanessa says. “So I’m really excited to have family in town for that.”
“We always love doing family traditions during the holidays, but I think they become even more special because Phoenix was born on Christmas Eve,” she continues, adding of her anticipation of the low-key vibe surrounding the season, “I just love being home with the family. Honestly, it’s go, go, go all year, and it’s really nice that everything shuts down over the holidays.”
“So you actually can’t force yourself to make yourself over-busy,” Vanessa points out. “We’re really lucky this year that we get family.”

Speaking of Phoenix’s yuletide age milestone, this year marks the first that he will have had an actual birthday party to commemorate the occasion.
The mom of three goes on to explain that having his birthday on Christmas Eve has been a challenge when trying to plan a party for her youngest child — and that after his first year, the family simply wanted to celebrate their “miracle baby” together following his birth art 10 weeks premature after an umbilical-cord prolapse and subsequent hospitalization for respiratory syncytial virus (RSV).
“He said, ‘Am I having a birthday party?’ Because he’s seen his bigger brother and sister and he’s been to some [classmates’ parties],” Vanessa shares. “And I’m like, ‘Yes, Bubba, what do you want?’ He goes, ‘Pancakes and donuts with sprinkles!’ And I’m like, all right. He’s like, ‘And syrup.’ I said, ‘Okay buddy.’ “
“So we’re going to do a breakfast the Saturday before Christmas,” the proud mom adds.