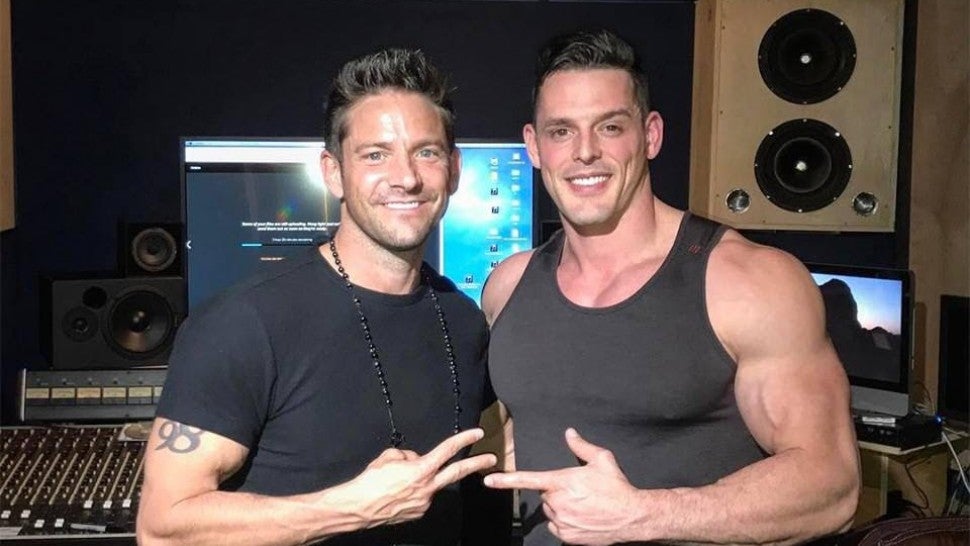 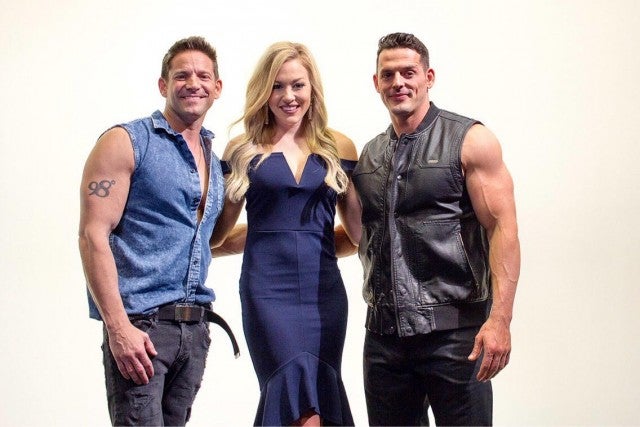 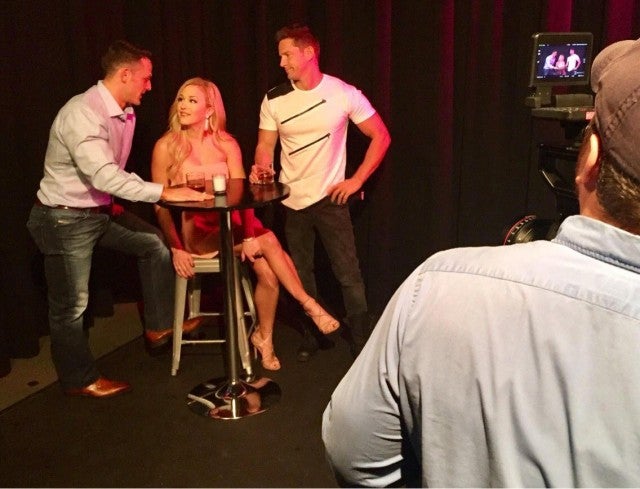 98 Degrees singer Jeff Timmons has collaborated with Jessie "Mr. Pec-Tacular" Godderz, a professional wrestler who also competed on two seasons of "Big Brother" for a pop song called "The girl is with me".

98 Degrees singer Jeff Timmons has collaborated with Jessie " Mr Pec-Tacular" Godderz, a professional wrestler who also competed on two seasons of "Big Brother" for a pop song called "The girl is with me".
They have also created a video that co-stars Morgan Willett, a "Big Brother" winner and TV host.
"We met on LinkedIn. And we were going to work on something together, but it didn't work out. But we became friends," Godderz told people.com.
Timmons said with a laugh: "What Jessie is too kind to tell you is that I asked him to work on something and he turned me down."
"I asked him if he wanted to work on (Timmons' male revue reality show) 'Men of the Strip'. And he was like, 'Absolutely not. It's not a good look for me'."
"So I asked if he could sing and he was like, 'I'm not a singer'," continued Timmons.
"But I said, 'Hey, let's give it a shot'."
Godderz, who had never sung publicly before, was hesitant to get into the studio.
"Jeff helped coach me through it. He was fantastic to work with," he said.

Let’s play a game of word association. When you hear “boy band,” what’s a natural link? Many would instantly jump to "adolescence.” The '90s? 'NSync. Jessica Simpson? Nick Lachey.
Mix them together and what do you get? 98 Degrees. Justin Jeffre, Jeff Timmons, and brothers Nick and Drew Lachey make up the Grammy-nominated band that sang its way into the hearts of women everywhere in the late '90s. From selling more than 10 million records worldwide and performing with Stevie Wonder to singing at the White House for President Bill Clinton, the R&B and contemporary pop quartet did it all and then some.
Then 2002 rolled around, and the band hit pause. Founding 98 Degrees member Jeff Timmons says the catalyst was industry burnout. “We were grinding so much, and the business was so hard, and we hadn’t stopped,” he says. The singer also mentions the uncertain tide of popular music. “The radio playlist started changing, [and] the boy-band pop music started going away really quickly," Timmons says. In the end, he recalls, they decided to “take some time and create our own personal lives and get our identity back.”
Each member went in a different direction, some trying their hand at solo careers, while others pursued politics and/or hosted Chippendale shows. Marriages and kids entered the picture as the group enjoyed the luxury of being off the road. More than a decade later, the hiatus was finally broken. In 2012, the members of 98 Degrees picked up where they had left off and performed at the Summer MixTape Festival in Pennsylvania. Timmons says the reunion show was the “pivotal point” in the band’s decision to reunite. “We looked at each other and said, ‘Here’s where we test if we still have it and if the fans will still have us.’”
Re-energized, they sprang into a changed and kaleidoscopic industry. Gone were the days of the viral boy band. In their place was a musical landscape that had traded CDs for streaming services, radio airwaves dominated by DJs, and stages bereft of R&B synchronized male vocalists. Confronted with the unfamiliar, Timmons says, he and his fellow 98 Degrees bandmates have since embraced the commercial metamorphosis.
I’m a fan of social media and the paradigm of how you get your music out there. As far as the sound of music goes, you'll hear people from the '90s that go, ‘There’s never going to be another time that R&B pop will be that prevalent,' but that's not true.”
The vocalist sheds some light on why he believes people get stuck in the past. "I think as you grow older, the music changes and the style of production changes, and your ears are sort of attuned to what you liked at the time during your formative years," Timmons says. But he remains confident that "music is still good and better than ever. ”
After completing their latest holiday album, the guys are performing at venues across the nation as they prepare to embark on their At Christmas Tour. It’s far too early in the year for "Let It Snow," though, so Timmons reports that 98 Degrees is "giving the fans what they want to hear.” Songs “The Hardest Thing,” “Because of You,” and “Give Me Just One Night” are some of the original hits you can expect at the  show this Friday, October 12, at the Fontainebleau Miami Beach.
The men of 98 Degrees are back to help listeners relive a glorious decade — but with a twist. Production in their performance will be ramped up, and so will the vocals. It’ll be bigger and better than anything you’ve heard from the quartet before, Timmons assures. “You can expect what we’d do in the '90s, but a bit of an enhanced version.”