I have no idea where this is...But WOW where can I find the rest of this performance??

Nick Lachey on Rachael Ray Show from Winnit on Vimeo.

After a brief "time off" Nick Lachey and Vanessa Minnillo have been spotted together around the country. The most recent sighting, as these Life & Style exclusive photos show, was a lunch date on Sept. 13 in Covington, Ky., near Nick's hometown of Cincinnati.

"They sat outside on the patio at First Watch restaurant. When they first walked in, they were holding hands and seemed very much like a couple," an eyewitness tells Life & Style. "I didn't know until after the lunch that they were broken up! It certainly didn't look like it."

"They started acting like an old married couple," adds the eyewitness. "They didn't kiss in public, but their body language was definitely saying more than just friends."

Nick and Vanessa have recently been out and about since their reported split in June behaving very much like a couple everywhere from LA to NY to Nick's home turf! 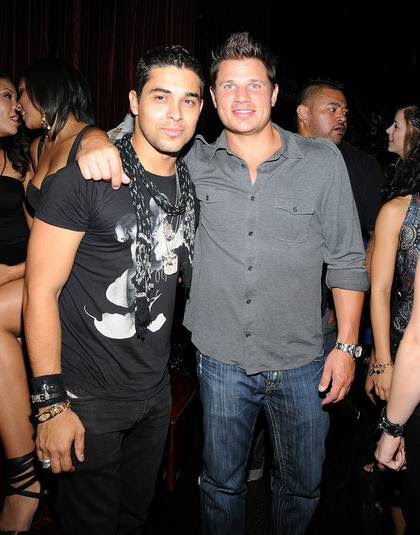 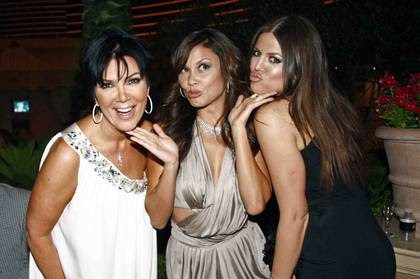 Celebrity Wilmer Valderrama parties at LAX Nightclub with Singer Nick Lachey Saturday, September 19, 2009. Valderrama was the host of the eve for after Mayweather vs Marquez fight excitement.

Looks like Lachey had a great time tonight with friend Valderrama at their hip table. Looks like Wilmer was doing the 1 2 punch after enjoying the fight of the year.

For now you can find 3 seperate Videos HERE on Rachel's Website. Hopefully the video will be available to upload soon!! Below is a lowdown of what the show was about!! Enjoy!!

Nick Lachey first broke into the spotlight as part of the hit boy band 98 Degrees, but he became a household name when he and his then-wife Jessica Simpson opened up their home on MTV's Newlyweds, a reality show that gave fans a front row seat to their married life. The couple eventually split in 2005, but recently tabloid rumors of a reconciliation began the moment Jessica and Dallas Cowboys quarterback Tony Romo ended their romance. Nick tells Rachael, "In my head I said, 'Here it comes, I know it's coming!' I'd just split up with Vanessa, so the timing was just too perfect for them to resist. I knew I was going to get the calls."

"So, what is the relationship with Jessica," Rachael asks Nick candidly.

"There really isn't one," Nick says. "It's not like it's a negative thing or we despise each other. We're just simply not in each other's lives. It was the way it had to be for us."

Looking back at the Newlyweds experience, Nick expresses regret about opening up their lives for the world to see. "Marriage is tough for anybody," he says, "no matter who you are or what you do for a living. When you add in all the pressure and circumstances that come with doing a reality show in front of God and everyone ... I think it is a ridiculous amount of pressure."

He warns, "If you're thinking about doing a reality show, what in the world would make you step into that as a married couple?"

Despite the very public breakup of his marriage, Nick tells Rachael that he hasn't soured on the idea of walking down the aisle again - as long as it's with the right person. "I got married once," he says, "and I got married to someone who was very, very young. And not to take anything away from that experience, but I think it's important that you find someone who's grown up, so to speak, and who understands what they want, and the only way you can understand what you want in life is by living."

Nick's latest project is working with Winnit.com. "It's a reverse auction website," he explains, "where you have the opportunity to bid on everything from iPods to handbags to luxury automobiles." Unlike other auction sites where the item goes to the highest bidder, Nick says that with Winnit.com the winner is the person who has the lowest unique bid. Check it out at Winnit.com.

Nick Lachey wants to get back together….with the guys from his former boy band group 98 Degrees.

In an appearance airing Friday on The Rachael Ray Show, Lachey admits he’d love to get back to the music.

“98 Degrees is one reunion that might actually happen at some point,” he said.

Lachey opens up to Rachael about his music, as well as the rumors claiming he and ex-wife Jessica Simpson are getting back together---something he says was just a case of perfect timing. (Both Simpson and Lachey broke up with their respective partners, Tony Romo and Vanessa Minnillo, around the same time).

When I read that they [Jessica and Tony] split up, in my head I said ‘here it comes’,” Lachey told Ray.

“I just split up with Vanessa. The timing was just too perfect to resist.”

He sings, he dances, and now he's riding a bike.

Cincinnati native and "Dancing With the Stars" winner Drew Lachey donned a bike helmet to ride from Cincinnati Children's Hospital to the Highland Avenue Walmart to promote "Bank a Tank of Gas for Kids."

The campaign, started by Walmart asks its employees to leave the car at home from September 14 through the 18, and give the money they save to Cincinnati Children's, the area's Children's Miracle Network hospital.

If you live in Los Angeles and are a fan of recording artists such as Nick Lachey and his old band 98 degrees - and are LA savvy, hip to the social scene and what the latest trends in music are- what's hot, what's not, we want your opinion on camera.
If you're between the ages of 20-35, opinionated and gregarious- and live in Los Angeles, please send a picture and a bio, including why you'd make a great candidate for the show. The quicker you send your info, the better. The shoot will take place early next week and casting is Thursday, Sept 10 and Friday Sept 11.

Win dinner with Nick Lachey. A portion of the proceeds benefits VH1 Save The Music. http://bit.ly/11gzw3

Sep 21 - Oct 1.
Nick Lachey Dream Dinner Date for two people at a trendy Los Angeles restaurant. Jet Blue airfare included from select destinations and one night hotel stay. Also included is a $500 shopping spree at Club Monaco in Los Angeles. This auction is being made possible by MyWorkButterfly.com, the most comprehensive social networking site for return-to-work moms and working moms. A portion of the proceeds benefits VH1 Save The Music.
www.ebay.com/vh1

Nick & Ness Reclaim Each Others Baggage

THAT'S WHAT SHE SAID-THE BOOK by TJ JEFFERSON

Nick Lachey and Vanessa Minnillo enjoyed each other's company at the Maxim Hot 100 party in May.

The couple, who split in June after three years together, were spotted last weekend in Los Angeles making out in a booth at the bar Dime, completely unaware of anything in the world except each other.

Then, on Wednesday, the couple took it to the East Coast, where they hit a party at the bar McFadden's with Entourage star Kevin Connolly. Lachey, 35, and Minnillo, 28, called it a night early and left at the unfashionable hour of 9 p.m.

Just the next day, the pair decided to spread the love to the Midwest, and were spotted together at Cincinnati's new hot spot, The Righteous Room.

But don't call them boyfriend-girlfriend just yet, a friend of the couple's told PEOPLE.

"Nick and Vanessa are not officially back together, but they're hanging out," the source says.

"They'll see what happens," the source added. "Maybe a reconciliation will happen, but they're not exclusive right now."

There have been rumors, but now we have proof.

The pair were spotted at McFadden's Restaurant and Saloon in New York City over the weekend. Here's a very cute picture of the rekindled couple ...

Looks like Nick and 'Nessa are giving it another go.

"They seemed very laid back and were very friendly to the staff and fellow patrons," an eyewitness said, noting that the two called it an early night.

Vanessa and Nick, who split in June, clearly couldn't keep away from each other for long. They have been spotted in NYC and LA in recent weeks.

Here's hoping these two stay together and happy!