The Colonnade Hotel. He performed 4 songs including “Patience” from his new album Coming Up for Air debuting in May 2009. Affable, self-effacing and a genuine are all good words to describe Nick and are all too uncommon in show business. He took the time to sign autographs and take photos for everyone in the room (100+ lucky attendees). 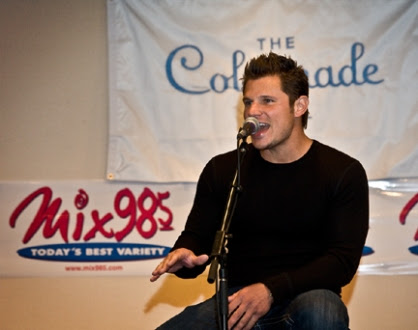 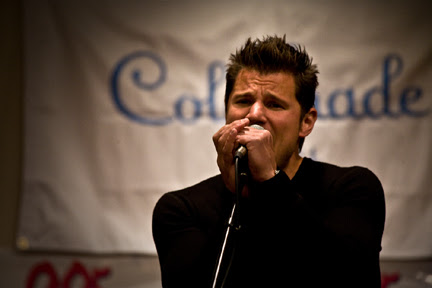 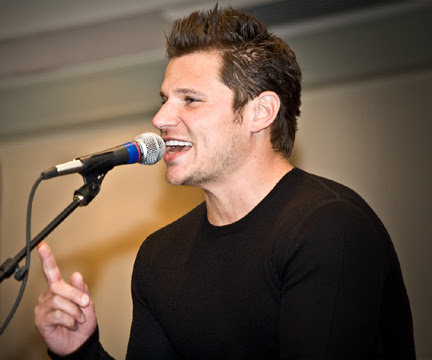 makes a guest appearance for the Mix Lounge series at

The funniest part of the day was the question and answer session. A nine year old guest asked him a question he had never heard before “Did you have your tonsils taken out?”.

Nick had some nice words to say about Boston and the hotel. We’re grateful to host him and hope he returns soon. Trust us - if the single is anything like the rest of the album, it’s sure to be a massive hit.

Hey there! I know this is kinda off topic but I was wondering if you knew where I could locate a captcha plugin for my comment form? I'm using the same blog platform as yours and I'm having difficulty finding one? Thanks a lot!

i have no idea.. everything i use here is stuff from the site sorry