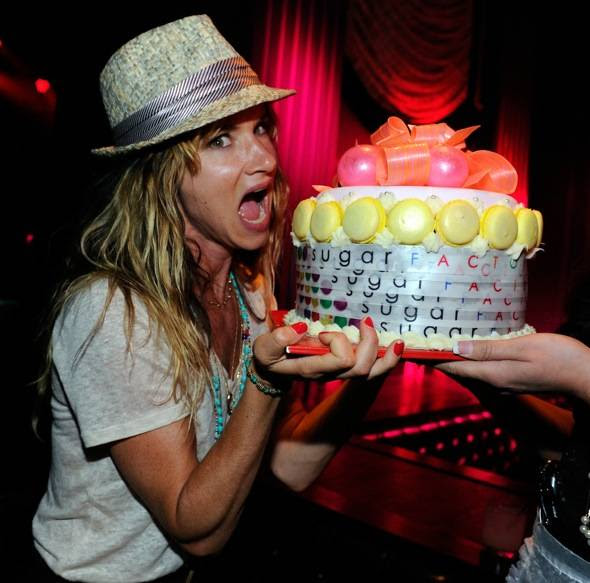 Juliette Lewis celebrates her birthday at Chateau Nightclub with a cake from Sugar Factory.

The birthday girl arrived at the lavish nightclub around midnight with a group of five girlfriends looking casually chic in black shorts and a white T-shirt under a cream blazer paired with layered turquoise necklaces and a straw fedora. Upstairs in the club, the group was escorted to their VIP table where they drank Grey Goose vodka and Blue Moon beer. While dancing to sounds by DJ Casanova, “Happy Birthday, Juliette” scrolled across Chateau’s state-of-the-art LED screen behind the grand marble fireplace deejay booth. The Academy Award-nominated actress was presented with a whimsical Sugar Factory birthday cake in an over-the-top presentation that included Lewis being fanned with large, blue and yellow ostrich feathers.

Meanwhile, just one table away was 98 Degrees alum and Chippendales stud Jeff Timmons. Timmons arrived at Chateau following his guest appearance in Chippendales and brought along a few of his castmates, his wife Amanda and co-star of E!’s “Holly’s World” Laura Croft. The group of 10 sat together at a VIP table where they sipped on Grey Goose vodka, Red Bull and water. The former boy-band star only had eyes for his wife as they kissed and danced together on the banquette. Timmons was even seen taking off his shirt while dancing with his pretty blonde bride.

Just a few tables from Timmons and crew, “Superbad” and “Kick Ass” actor, Chris Mintz-Plasse was also seen partying at Chateau drinking Grey Goose vodka and Corona with a group of five friends.

Across the dance floor, Pandora Vanderpump-Todd, daughter of “The Real Housewives of Beverly Hills” star Lisa Vanderpump, was spotted celebrating her bachelorette party. Decked out in a veil, tiara and “Future Mrs. Sabo” sash, the bride-to-be partied with a group of 10 girlfriends, drinking champagne, dancing together on the banquettes and snapping lots of photos. 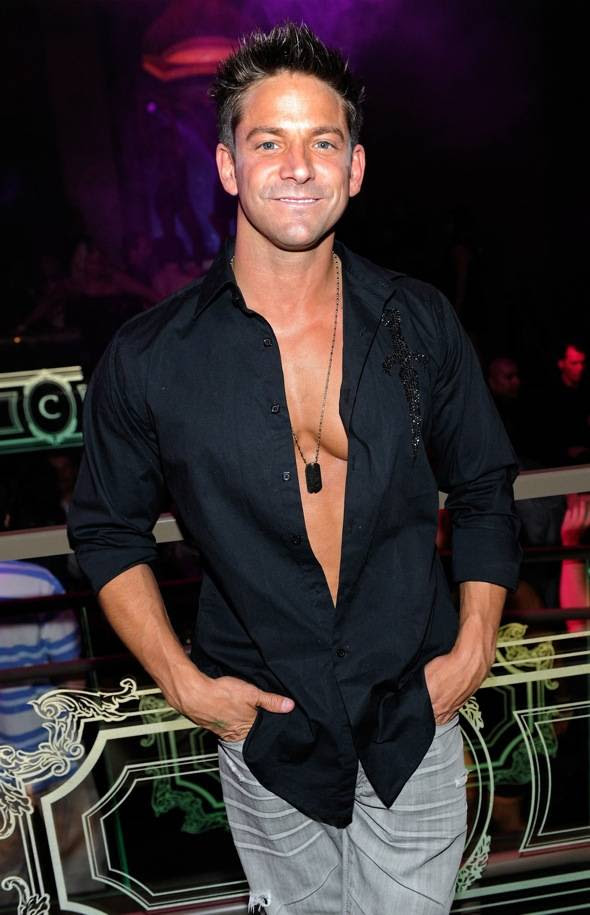