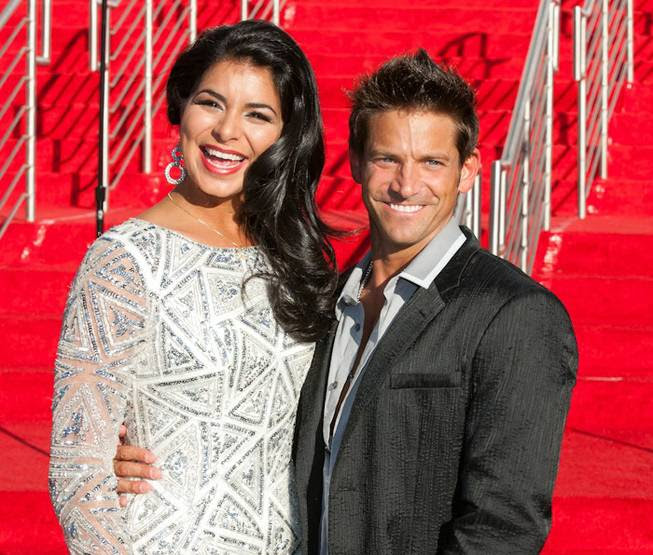 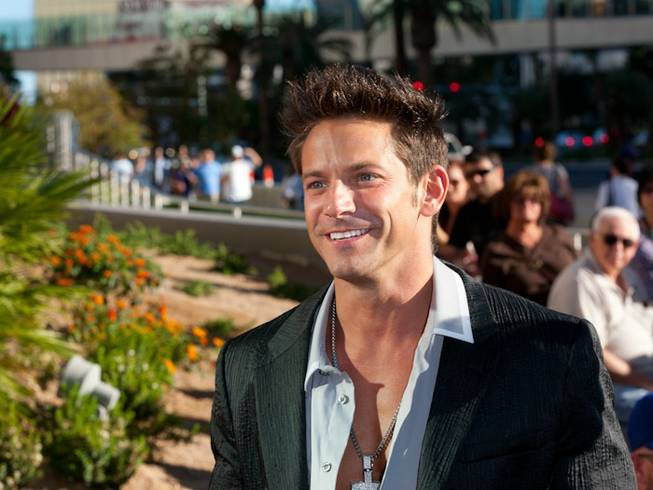 Forty Miss USA Pageant winners will return for the 60th anniversary pageant at Planet Hollywood on June 19, and Paula Shugart, the president of the parent Miss Universe Organization, promises many other highlights. Paula said that this is the fourth consecutive year that Las Vegas has hosted the Miss USA Pageant, and she wants it to continue here for many years to come.

Yesterday at Planet Hollywood’s official welcoming ceremony, she told me: “The caliber of our 51 contestants this year is phenomenal. Not only are they stunning and beautiful, but just when you thought you couldn’t do better than last year, along come these incredible ladies.

“We’ve got a lot of firsts this year. For the first time, viewers and Internet users will be able to vote their own favorite into the Top 15. The judges will pick 14, and the viewers will pick the other one. It’s possible she could even be the one to go all the way to the win.”

Paula, who worked with me all those years ago at Star Search, also teased with a brand new, never-before-seen-or-used, technological breakthrough TV application that will appear live onscreen that TV audiences will see along with the judges. She promised that Vegas DeLuxe will be first to know the full details as we get closer to the NBC telecast.

Paula told me: “Last year, there was a lot of controversy about our official photos. However, it caused so much attention that it turned out to be a good thing and got a lot of young women into modeling, and we wound up with far more girls competing this year at the state levels than ever before. So it brought us up to an extraordinary level. This year, the official photos will still be sexy but very elegant, sophisticated and high fashion-themed.

“Last year, with [Miss Michigan] Rima [Fakih] winning, there were also headlines about her being the first Muslim American to be crowned. Sad to say there were some nasty people out there, some haters who even made threats against her and us. Here she is standing for world peace, and she gets attacked. But she rose above it all. She just handled her role and her duties beautifully and won everybody over with her genuine, heartwarming work. She also showed a lot of other young ladies how to handle such problems, rise above and still win. Quite a remarkable young lady!”

Chef and Paisano partner Ryan Smith at Buca di Beppo prepared a fabulous feast for the glamour girls. Over pasta, pizza and other Italian delicacies, Rima told me in an exclusive interview: “It’s certainly been a life-changing year for me. I have really grown up and changed. I set out to break all the boundaries and barriers, and we were able to achieve that. I don’t look at me giving it all up on June 19 -- I’m just passing on the actual crown. I get to keep my tiara!

“I’m glad I’m not competing against the new girls this year. The competition will be much fiercer this time around. These girls are going to really heat up The Strip, and that’s quite hot enough already! Vegas isn’t going to know what hit it. It’s going to be an unforgettable experience this time, but only one of them will be crowned.

“It’s only fitting that as we celebrate the 60th anniversary milestone, we are in the sexiest, most glamorous place on Earth -- Vegas! What began all the way back in 1952 as a local bathing suit competition has now become a global community empowering role models of beauty, health and leadership for today’s young women.

“I’ve had a phenomenal year. I’m actually missing the finale tonight being in Vegas for the WWE wrestling show Tough Enough that Vince McMahon booked me for. I have managed to sign some autographs, though, already in Vegas for WWE fans who turned out to welcome me.

“But the biggest thrill came while watching the NBA Dallas-Miami finals last night. There right on the TV screen during the game was the very first commercial for Steven Spielberg’s new fall movie Real Steel with Hugh Jackman, and there’s little old me in it because it was my first movie role I landed after being seen on last year’s Miss USA Pageant night. I had a fantastic time filming, and I know this will become a major part of my future career now that the title gets handed over to a new winner.”

Thanks to Tom Donoghue for the fabulous first-night dinner party photos; Erik Kabik, Scott Harrison and Glenn Pinkerton for the arrival coverage; and Christopher Rauschnot @24kMedia on Twitter for the video posted on YouTube.

Today, the 51 contestants are filming for the telecast with scenes backstage at the legendary and long-running Jubilee! at Bally’s, a cupcake wars segment at Caesars Palace and an R&R, fun in the sun adventure at the new Nikki Beach at the Tropicana.

Tomorrow, Vegas DeLuxe will post the host and co-host announcement and on Friday the rundown of this year’s judges. Fitness guru Richard Simmons is a judge for the Chinese Laundry Hula Hoop contest Friday at Planet Hollywood’s Miracle Mile. Early tomorrow morning also is the official swimsuit group photo at Flamingo’s Go Pool, with headliner magician Nathan Burton levitating Rima 10 feet about the waterfall there.

The contestants have just added a Thursday night party at Tao in the Venetian. Check back to Vegas DeLuxe every day throughout the pageant activities for all the latest news and fabulous photo and video coverage.