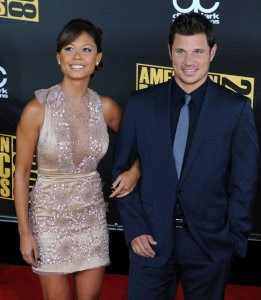 Lachey and Minnillo dated for almost three years before breaking up last June. They were rumored to be trying to work things out since late August, but Lachey didn't confirm he was back together with Minnillo until Thursday, Usmagazine.com reported.

"I am happy in a relationship," he said on TV's "Good Day Philadelphia." "I was single for a minute there, and then we've kind of patched things up. ... She's a very smart girl. She's far smarter than I."