All Nick, Vanessa and Tommy need is Love 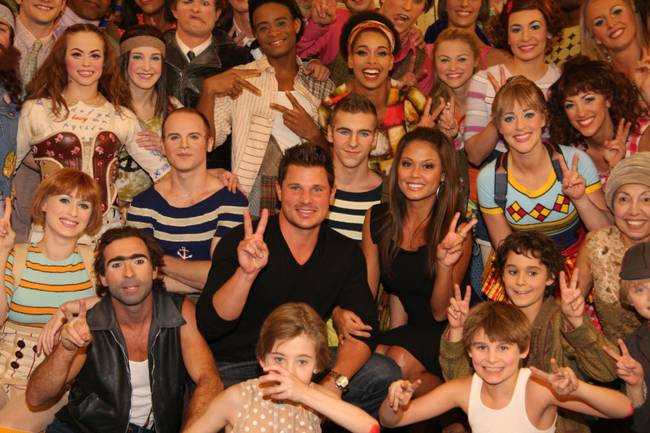 Nick Lachey, Vanessa Minnillo and the cast of Love in The Mirage.

Vanessa Minnillo and Nick Lachey rekindled their romance last night at The Beatles Love by Cirque du Soleil at The Mirage. Arriving hand in hand to the theater, Vanessa sipped chardonnay, while Nick opted for a Grey Goose and soda.

After the show, they went backstage to meet the cast of Love, sign autographs and pose for photos. While thanking the cast for their performance, the beautiful Vanessa gushed that she fell back in love with Nick after seeing the show, which prompted a synonymous “awww” from everyone within earshot.

Vanessa is in Las Vegas filming Face of Vegas with Beth Ostrosky, Howard Stern’s wife, and Carson Kressley of Queer Eye for the Straight Guy fame.

Last night was Tommy’s fourth time seeing Love, and naturally he went backstage and fooled around with the cast like old friends, pretending to juggle and even joking that he wanted to run away and join the circus.