Nick Lachey vs. The Hills: The Reality Battle at MTV 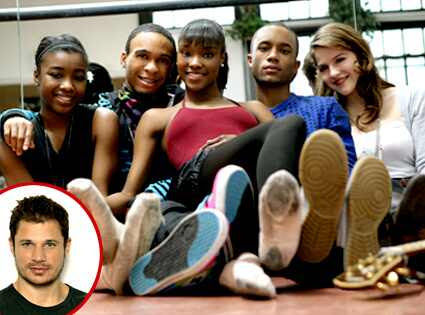 You'd think after starring alongside his now ex-wife, Jessica Simpson, in Newlyweds: Nick & Jessica, Nick Lachey would have had it with reality television.

But this time, he's not showcasing his private life.

Lachey is the producer and creator behind Taking the Stage, a 10-episode series on MTV (premiering March 19) that follows five students at Cincinnati's School for the Creative and Performing Arts. Lachey, along with Sarah Jessica Parker and Carmen Electra, are among the Fame-like school's former students.

"I saw these shows that MTV does, whether it is Laguna Beach or The Hills and they're very, very glossy and glamorous—rich kids in southern California," Lachey tells me. "I thought, 'That's not really representative of the entire country.' "

In other words, he says, "the antithesis of what you saw with Laguna Beach."

Although Lachey has been very involved with the school since graduating (he hosts an annual Labor Day Weekend fundraiser, among other things), his reality show pitch wasn't welcomed right away. "It took a little bit of convincing," he said. "Their responsibility is to protect the students and protect the schools. So when they hear I'm coming with MTV, I can understand the resistance from the school board and from the parents."

Lachey admits returning to reality TV was the furthest thing from his mind when Newlyweds ended in 2005 after four seasons. "It's funny because I never thought I'd be in the reality-show business again," he said. "But this is a special circumstance. It's not like I'm going out there and beating the bushes for another reality idea."

We guess that means we won't be seeing Nick & Vanessa anytime soon.