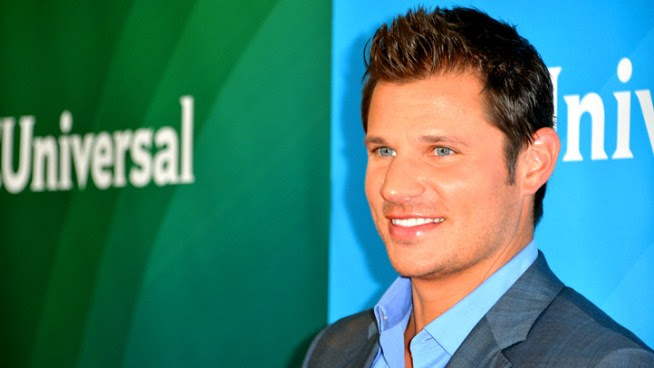 Nick Lachey thought he had the physical toughness to earn his stripes, but he had to discover how strong he could be mentally.
The pop singer-turned-reality-star-turned-TV-host says that he expected his stint competing NBC’s summer reality competition series “Stars Earn Stripes” to challenge his body, which he typically keeps in top shape. But Lachey – who with wife Vanessa Manillo are about to become parents – reveals that he wasn’t quite prepared for how emotionally testing the show would become.
What did you learn about yourself during the course of this show?
I can't remember who said it, but you don't really understand who you are until you push yourself to do things that you didn't think you could do. I guess maybe I learned that I was capable of a little more than I thought I was at times, when it got really, really challenging. There's a moment where you feel like 'I just can't do this anymore,' and as a team you figure out a way to get through it. The camaraderie that develops on a show like this – we were a family. People got eliminated, but you never wanted to see anybody go because you were all such a family.
What’s an example of where you surprised yourself on the show?
I didn't grow up shooting and so that wasn't something that I was familiar with at all – and obviously it's a fairly big part of this show – so I felt like from a conditioning standpoint I could bring that to the table. In the first mission I was able to really kind of help our team with my conditioning. You're constantly surprising yourself. There was a time when I had to rappel off the side of a building and I just didn't think that I had it in me to do that, eight stories in the air and to walk backwards off of a building. You do it together.
What did you learn about America’s servicemen and women?
I had a great respect for the military even before the show, but what I came away with after was respect not only of the military but for who they are as people. These are the best people that you'll ever meet in your life. I really enjoyed the time that I had to talk to them and learn about them and learn about what makes them tick and their families. That was probably, for me, the most meaningful part of it.
Tell me about some of the unique friendships you make after being involved in a  reality show like this – people you might not have hung out with under other circumstances?
Typically with a show like this you try to get celebrities of different backgrounds and it just makes it more interesting. I knew some people here on the panel, but I didn't know all of them…I'd never met Todd Palin in my life. I didn't know if we'd have anything in common, necessarily, but man, I came away from this experience thinking that Todd is the best guy on the planet! That was true for everybody: you got a chance to really get to know everybody involved.
Are you stronger now, in all respects?
I'll say this: physically, this wasn't as demanding as I thought it'd be. Emotionally and mentally, it was far more demanding than I ever dreamed it would be. So I think that if I came away stronger in any aspect it was certainly in an emotional sense, in a mental sense.
What was it like coming home to Vanessa when you're working on the show?
It spiced things up around the house. I'd come home dirty, sweaty, grungy. It was exciting. It was a little role-playing action…No! She was very supportive of me doing the show. I would come home and like any spouse I would unload my day on her and it wasn't always a fun day. There was some moments in there if I didn't know if I could do it anymore.
Was this an easy choice, to take this project on?
I enjoyed the idea of this show. Having done some USO tours in the past and having gone to Iraq and gone to Afghanistan and spent time with our troops, I already had a great respect for who they are and I like what this show was about. General Clark's point, the idea and the premise of the show,  was to raise awareness and raise respect, if you will, for what our men and women in service do for us each and everyday. I was proud to be a part of something like that.
"Stars Earn Stripes" airs Mondays at 9 ET/8 C on NBC.