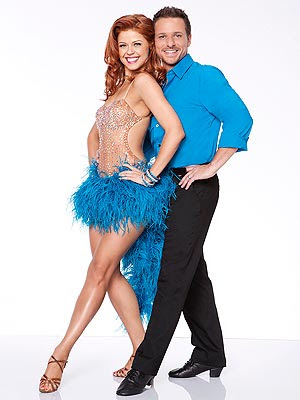 Drew Lachey is a member of 98 Degrees, starred on Broadway in Monty Python's Spamalot and Rent. He is the season 2 winner of Dancing with the Stars and a founder of Lachey Arts Music Theater Camp. Lachey will be blogging for PEOPLE.com about his return to the ballroom for the DWTS all-stars season.It has been six and a half years since I took home the mirror ball trophy on season 2 ofDancing with the Stars. In that time, a lot has changed: from my wife, Lea, being 9 months pregnant with our first child to having the two most amazing kids in the world; from living in Los Angeles tomoving back to our hometown of Cincinnatito raise our family. I have matured as a person and as a performer. All that being said ... ballroom dancing is still incredibly hard for me! I'm not just talking difficult. I mean bone-aching, brain-busting, painfully hard. And I am loving every minute of it!

I am once again paired with an incredible partner, Anna Trebunskaya, and thank God for her. She has had to be coach, teacher, drill sargent, therapist and partner. Not an easy feat. I thoroughly enjoy being challenged and pushing myself to learn something new but throw in roughly 20 million people watching your successes and failures, and you have the potential for a massive ulcer. Since this is the all-stars season, just doing what you did in the past is a good way to get sent home early. People are expecting to see something new and exciting. In order to accomplish that, our rehearsals are a combination of playing up the things I do well and working on the areas where I need improvement. We started rehearsals in Cincinnati, which was great. I was able to focus during rehearsals and then pass out from exhaustion in my own bed at night. Now we are in L.A. with all 12 – yes, 12 – other couples. To say that there are distractions is the understatement of the century. Whether it is talking to other couples, camera blocking, costume fittings, interviews, photo shoots or just L.A. traffic, there is always something to pull your focus off of the most important thing – learning the dance
Week one is the foxtrot so it is time for me to channel my inner Fred Astaire and Gene Kelly and try to bring home a second mirror-ball trophy! (My first one has been super glued back together more times than I'd like to admit.) See you on the dance floor! 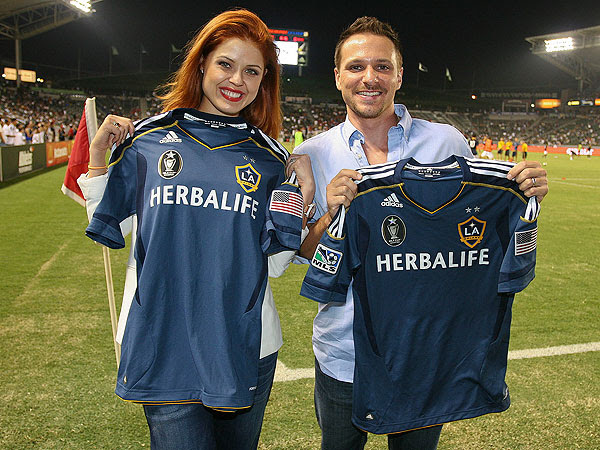 Labels: 98 Degrees, anna trebunskaya, dancing with the all stars, Dancing With the Stars, Drew Lachey