SOURCE
Eight celebrities will be tested in physically and emotionally challenged games during their participation in 'Stars Earn Stripes', which is hosted by Samantha Harris and Gen. Wesley Clark. 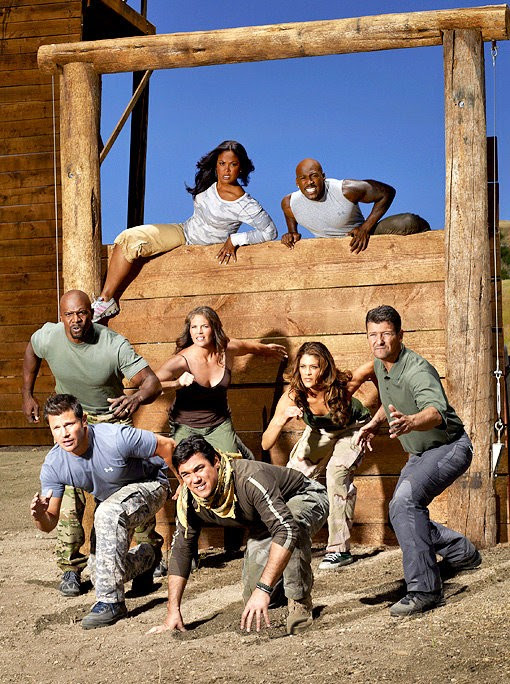 NBC has a new reality series on its sleeve and has lined up public figures in the cast. It has been announced that Sarah Palin's husband Todd Palin, singer/TV personality Nick Lachey and boxing champion Laila Ali sign up to join the military-themed show, "Stars Earn Stripes". They will compete with five other celebrities, actor Dean Cain, former NFL player Terry Crews, Olympic gold medalist Picabo Street, "The Biggest Loser" trainer Dolvett Quince and WWE's Diva Eve Torres, in the physically and emotionally challenged games. Entertainment Tonight correspondent Samantha Harris and former presidential candidate Gen. Wesley Clark are tapped as the hosts. "I am thrilled to join Stars Earn Stripes as host and look forward to watching the celebrity cast members test themselves as they step up to take on these tough challenges," said Clark in a statement. "This new series pays tribute to members of our dedicated armed forces and civil law enforcement and I know that the winnings, which will be donated to first-responder charity and veterans groups, will make a difference and send an important message." On the show, each of the contestants will be paired with a former member of the armed forces or law enforcement agency who trains them for military-style missions that include challenges like helicopter drops to long-range target shooting. Each week, one team will be eliminated, and the last one standing wins a cash prize for a charity of their choice. "Stars Earn Stripes" will premiere with a two-hour episode on Monday, August 13 at 8 P.M. on NBC. Dick Wolf, Mark Burnett and and David A. Hurwitz executive produce the series.