Still in honeymoon mode! Vanessa Minnillo and Nick Lachey kiss and cuddle as they enjoy a romantic Mexican getaway


They got married over six months ago, but Nick Lachey and Vanessa Minnillo are clearly still in honeymoon mode.
The couple kissed and cuddled during a trip to Cabo San Lucas, Mexico over the weekend for a friend's wedding.
The 31-year-old TV host looked summery, wearing a floral romper, which showed off her tanned and toned legs. 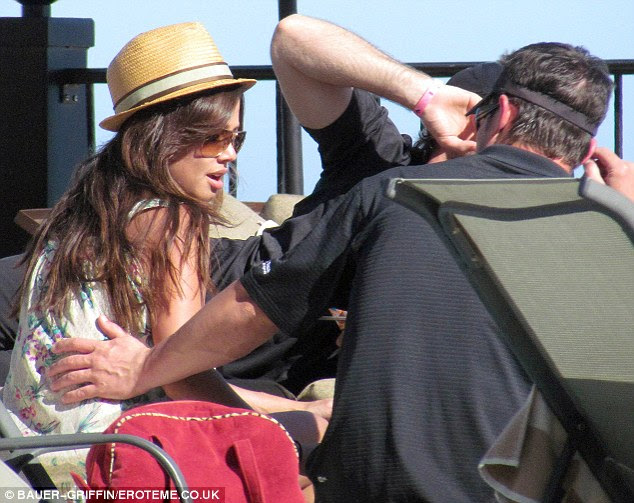 Romantic getaway: Vanessa Minnillo and Nick Lacey were seen enjoying a romantic getaway to Cabo San Lucas, Mexico over the weekend
The brunette beauty lounged around in the sun, soaking up the sun rays, enjoying a cocktail and chatting away with friends.
She kept her face shielded with a straw fedora hat and went barefoot, occasionally dipping her toes into the pool.
Nick accompanied Vanessa poolside for some time before going off to play a round of golf.
While he was gone Vanessa indulged in some refreshing drinks and some crisps. 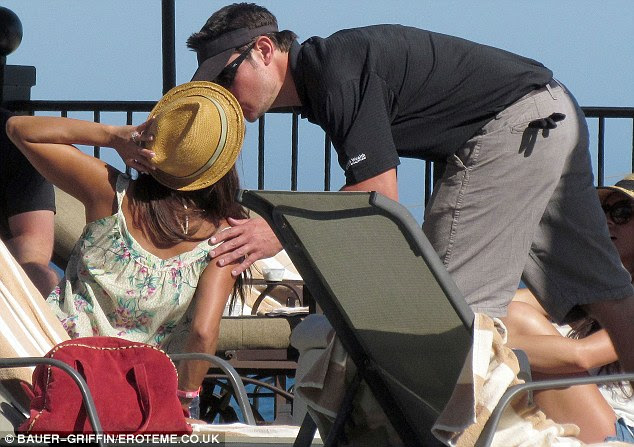 Kisses: Nick planted some kisses on his 31-year-old wife before he headed off to play some golf
Vanessa officially took Nick's surname of Lachey last week and spoke out about the decision.
'I got my social security card on Friday,' she told Access Hollywood. 'Now it's Vanessa Joy Lachey, not Minnillo. And today, after this, I'm going to get my driver's license.'
She said that she and Nick talked about the decision and by no means did her pressure her into it.
'We talked about it and he was so sweet,' she continued. '(He said) "Whatever you want, I understand." And I said, "But would it mean a lot to you if I took it? Because I'm old-fashioned and I want to."
And he said, '"What guy wouldn't want their girl to take their name fully?" So he wanted me to do it. (But) he didn't push me, no, no, no.' 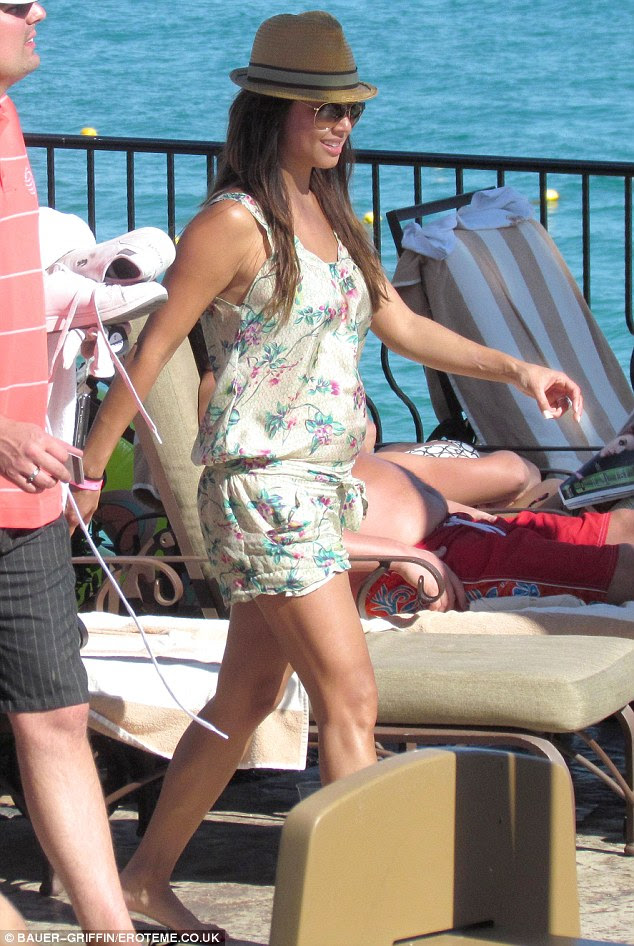 Playful: TV host looked in summery, wearing a floral romper, which showed off her tanned and toned legs
Clearly Vanessa has been keen to take Lachey's name for some time now.
The former Wipeout host changed the handle on her Twitter account and Wikipedia page back in November, and even sent fans an exciting message letting them know about the thrilling move.
The TV host tweeted today: 'So. I'm making it official, and I LOVE my 'new name! @VanessaLachey has a nice ring to it.' 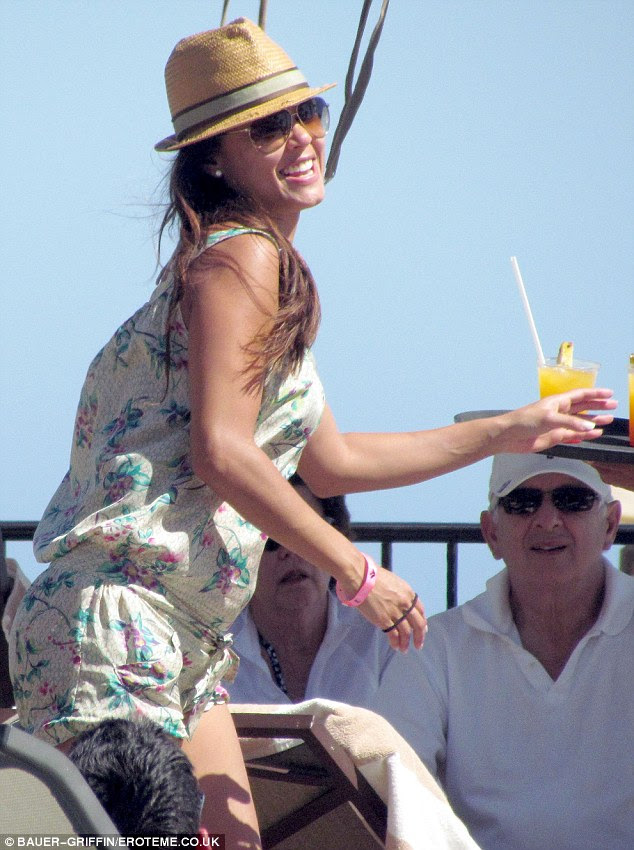 Cocktail hour: Vanessa reached for a refreshing drink as she chatted to a group of friends
It is just the latest in a series of thrilling moves made by the former Entertainment Tonight correspondent.
Vanessa, who describes herself as a 'host by day, wifey by night, wanna-be mommy all the time' in her Twitter profile, also recently bought a home in the upmarket Encino area of California late last year.
The Spanish style 8,000 square feet estate is situated in the heart of San Fernando Valley.
The well equipped abode has a generous eight bathrooms and 18 bedrooms.
It also includes fireplaces, vaulted beam ceilings, balconies and a swimming pool.
The spacious estate is another indicator that the glamorous couple want to start a family. 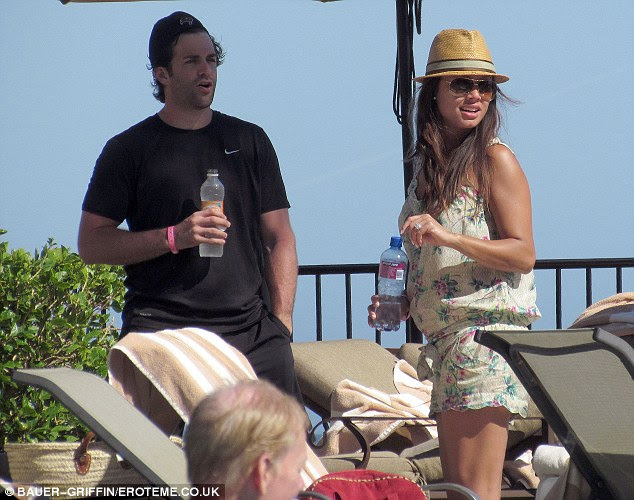 Special occasion: Nick and Vanessa are in Mexico for a friend's wedding
No doubt the cash they raised by turning their nuptials into a media event came in handy when making the purchase.
The pair let fans witness their big day with Nick and Vanessa's Dream Wedding on the TLC channel.
For the former it was par for the course, as he had previously starred with former wife Jessica Simpson in a reality show following their marriage in 2002.
Nick, 38, recently told E! News he has been 'doing everything I can' to get his wife pregnant.
The Sing-Off host added: 'Trust me, it would make me very happy.
'Family is very important. It's very important to us, and I'm sure that will be around the corner.'