A little Nick Lachey stalking, anyone?

source
Note i do not know these girls. I just thought it was a cute blog & since it has to do with Nick I am sharing it!! Enjoy!! 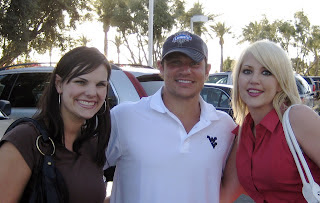 My friend, Andy, called me after school on Friday to tell me that an inside source told him Nick Lachey was golfing with Matt Leinart at the Ocotillo golf course! (Turns out his "inside" source was one of the caddies!) His friend also said Josh Duhamel was with them, which makes sense because Fergie has a show in Tempe tomorrow night. So as soon as Jaimi got home, I shoved her into the car and we hauled butt down to Ocotillo!

We parked ourselves in the parking lot next to Matt's black Navigator and waited for them to come out. (Yes, I have been informed by two different guys that this is a little creepy but it was all in the name of celebrity stalking! ) I know it's hard to believe but Jaimi and I didn't actually want to embarrass ourselves so we devised a "fool-proof" plan. 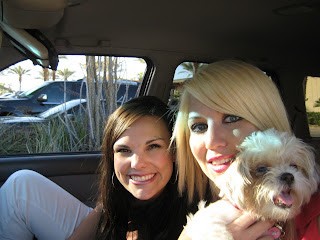 Stalking in the car :) Poor Roxy! Here's how it actually went down. We saw Nick and Matt coming, screamed, threw Roxy in the backseat, and jumped out of the car! I tried to act like I was looking at something on my shoe (??) and Jaimi acted like she was looking at something on her phone. (In retrospect, her plan was probably a little more believable!) Then we "casually" blurted out "Oh my gosh! Nick Lachey! We love you!" The sad thing is, this was actually the second time I have told him that!

Matt Leinart was kind of a jerk but Nick was super nice and took a picture with us. As we were taking the picture, Jaimi's phone started ringing the "Cyclone" song and they started dancing! So funny! For the record, Josh Duhamel was nowhere in sight, which was sad because we were REALLY wanting to meet him.

Thank you, Andy, for calling me with good information! And I thought you could only celebrity stalk in California!! 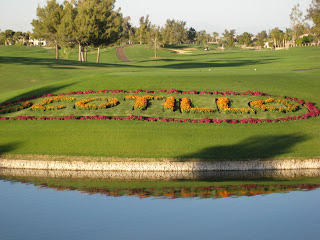 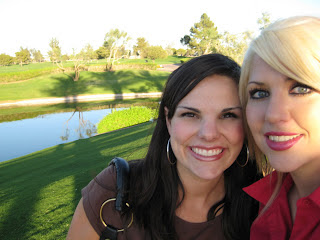