The MTV Movie Awards, which took place on Sunday in Los Angeles, were a star-studded affair attended by actors, musicians, and one furry cute cat.
And as the seating plan was done based on how famous the guests were, Nick Lachey was left a little bewildered when he realised that Grumpy Cat was sitting a couple of rows in front of him.
It was the ceremony’s ringmaster Conan O’Brien who pointed out the unfortunate situation, which the 98 Degrees star couldn’t help but laugh at. 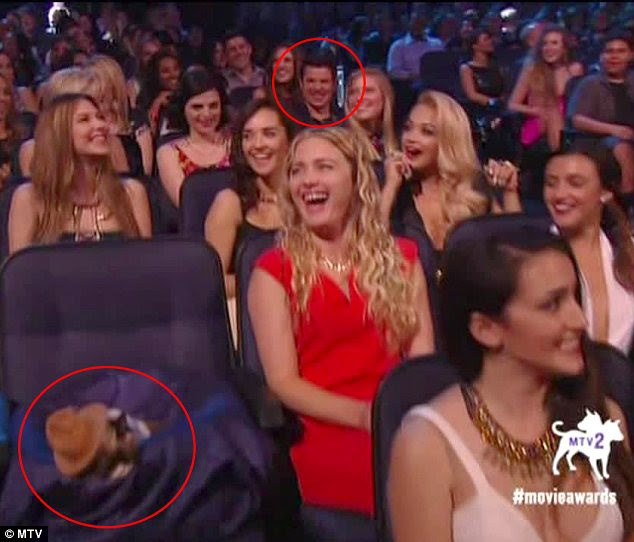 Why does Grumpy Cat have a better seat than Nick Lachey?’ Conan asked the audience, before the cameras panned to Nick, 40, shrugging and then to the famous feline lounging on her chair.
The late night talk show host also joked about the fact that the internet sensation, whose real name is Tardar Sauce, was sound asleep on a velvet beanbag.
‘Oh my God, check this out. I’ve been in show business over 20 years. This is the first time I’ve ever had to perform for a cat. 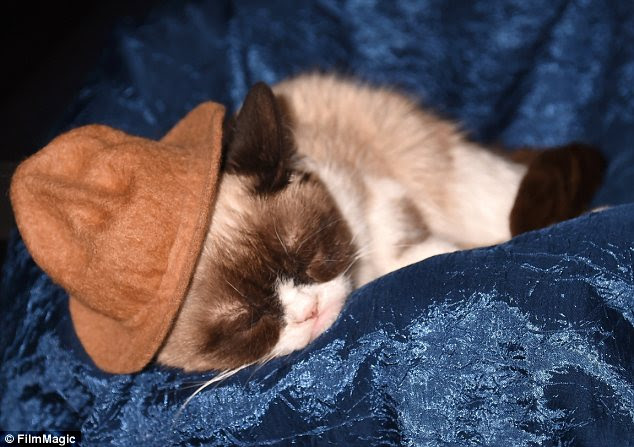 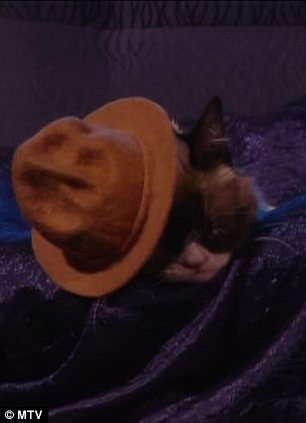 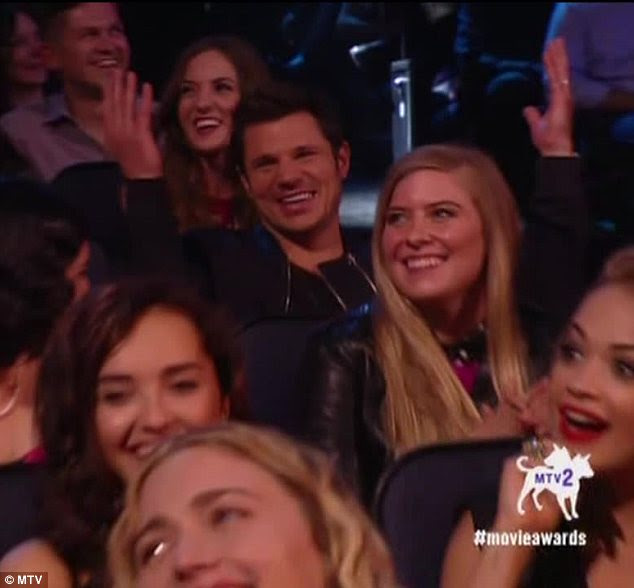 ‘Grumpy Cat is in the first row – asleep! A human being is performing for a sleeping pet. This is the end of civilization as we know it.’
Grumpy Cat, who just turned two last week, was not only a VIP guest at the event but she also was one of the best dressed attendees.
The furry friend arrived in with a miniature version of Pharrell Williams’ now infamous Vivienne Westwood hat, which he first wore to the Grammys, perched over one ear.