Nick, Vanessa Back in LA after Christmas break

They spent Christmas with his family in Cincinnati, Ohio.

And after a week-and-a-half in his hometown, Nick Lachey looked happy to be returning to Los Angeles on Saturday with his wife Vanessa Minnillo and their son Camden.

The strapping 40-year-old was spotted carrying his family's luggage as his spouse tended to their one-year-old boy after disembarking a flight at the LAX airport. 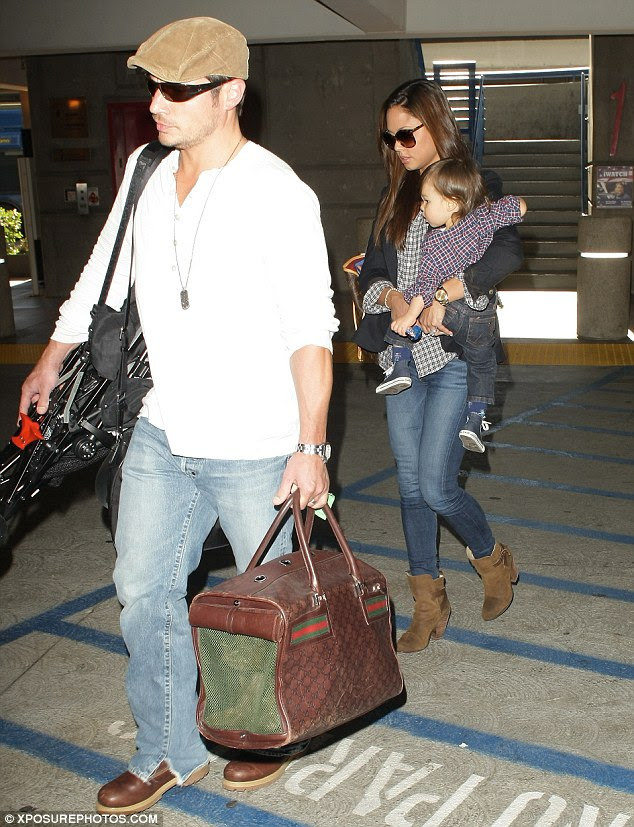 The former 98 Degrees singer lugged a collapsed baby stroller over his right shoulder along with a large black bag.
Keeping hold of a hefty piece of leather luggage in his left hand, Nick looked sharp in a newsboy cap and snug white long sleeve shirt.
Completing his travel gear was a pair of blue jeans and brown leather loafers as he hid his highly recognisable face behind dark sunglasses. 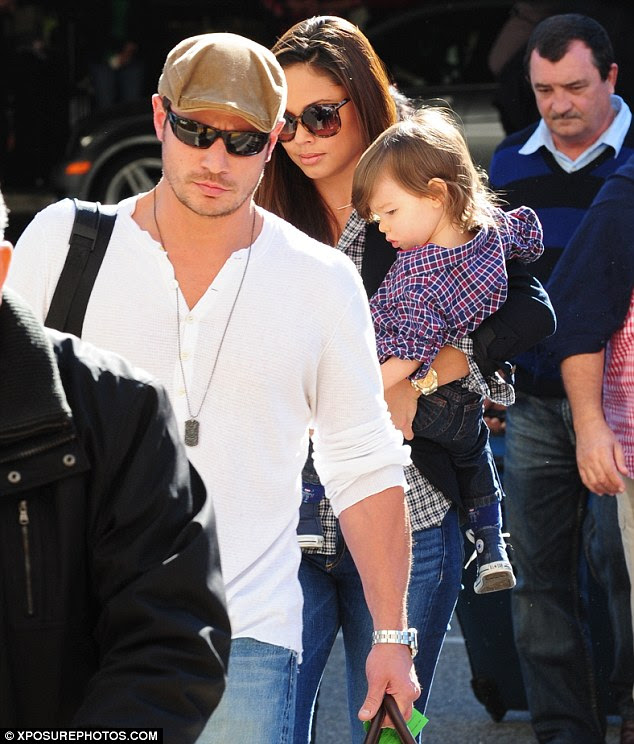 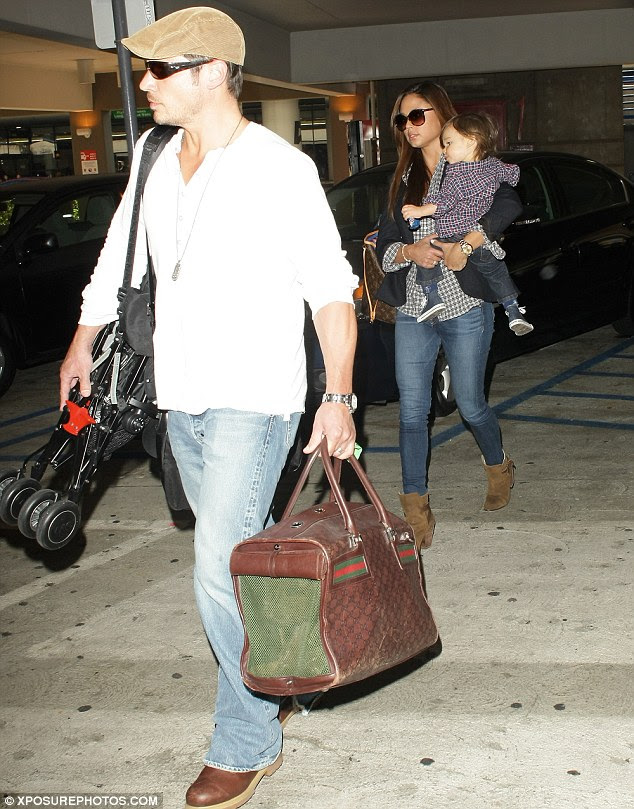 Vanessa was a bit more stylish in skinny jeans and suede ankle boots.
Showing her flair for fashion even whilst tending to her growing tot, the 33-year-old sported a black blazer and chequered button down shirt, while her son was cool and casual in jeans and high tops.
Meanwhile, it would not be surprising if the couple expand their brood soon. 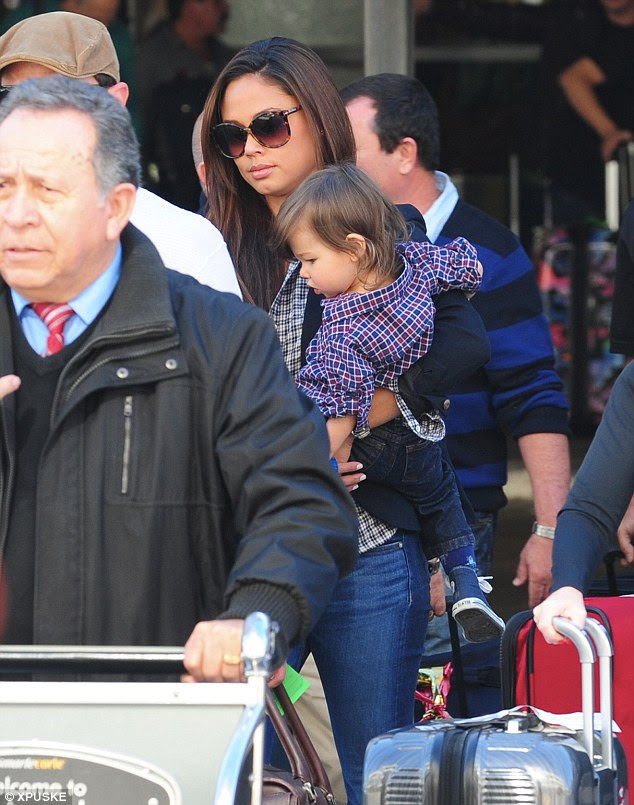 Earlier this year, the brunette beauty expressed her desire to have more children.
'I look forward to expanding,' she said during an interview to promote her new TV show Dads.
'We talked about three. I’ve always loved having a big family and truth be told, when I’m old and gray I’ll need a couple of them to take care of me!'
Vanessa wed 98 Degrees singer Nick in July 2011, and the couple welcomed their son Camden in September 2012.
This year, the couple revealed that they plan on raising their son near Nick's family in Ohio.
'I loved growing up in Cincinnati where I'm from. My brother's there, his kids are there, my parents are there,' the former reality star explained to Access Hollywood.
'She's cool with Ohio,' Nick explained. 'We have a place there now and we spend quite a bit of time there when we can, and she also values family and what bringing up our kids there means.'