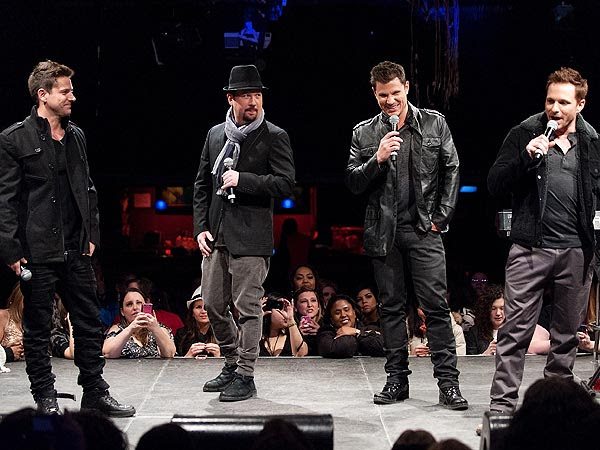 Teenyboppers of the 90s, rejoice! 98 Degrees is back in the studio and reliving old times. Nick and Drew Lachey, Jeff Timmons and Justin Jeffre have reunited for the first time since September 2001. "We took a break, but we never broke up," Timmons told PEOPLE at the Full Sail University Hall of Fame celebration on Friday. "We always thought we'd get back together someday." "When we first got together, we started singing acapella," said Timmons, 39. "It felt very natural. We're all friendly. We haven't kept in touch like we should have, but when we get together, it's like old times." Timmons adds that the group isn't resting on their laurels, they're back in the studio, working on new music. "We've all developed different sounds," he added. "I'm more R&B. A couple of the other guys are more pop. So it's fun to put us together and see what we come up with." But while they're working on a new sound, they'll still perform many of their old songs this summer when they embark on The Package Tour, a joint tour with New Kids on the Block and Boyz II Men. "That's what people remember us for," Timmons said. "I think our most popular song is 'I Do,' which still gets played at weddings. But people also like 'The Hardest Thing.' We'll definitely give them what they want." He continued, "Obviously, a lot has happened since we were together. Of course Nick [Lachey]became a huge celebrity when he was with Jessica Simpson and they did Newlyweds. Drew [Lachey] did Dancing with the Stars. Justin Jeffre is into politics. And I'm doing a lot of producing and just being a dad. I'm also hosting a Vegas review called 'Men of the Strip.' It has already been cast, and will go into production as a reality show this summer." As the group prepares to embark on their tour, Timmons insists there will be a lot of nostalgia – not only for the fans, but for the members of 98 Degrees. "It was a crazy time when we were together in the 90s," he said. "Getting together with the guys, it all comes flooding back. It brings back a lot of great memories from that era – and I'm looking forward to creating new ones."