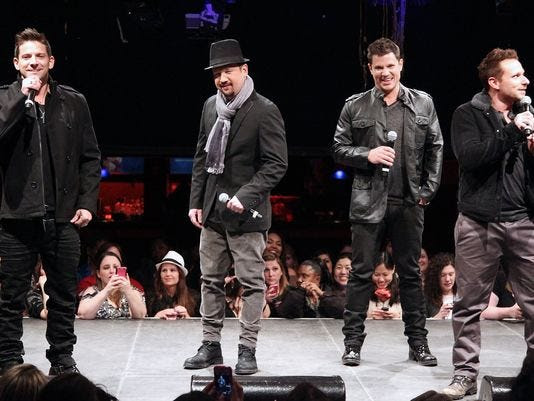 On May 7, former boy band 98 Degrees turns up the heat with their first album in more than a decade, aptly called 2.0.
"We are really excited to bring our fans new music and get out on the road," said new dad Nick Lachey in a news release. "This is a long time coming."
Moms who are hoping to introduce their daughters to the music of their youth can get it done in one fell swoop. 98 Degrees join their former boy band colleagues New Kids on the Block and Boyz II Men on the Package tour. It will cover 47 dates and kicks off in 98 days on May 28 in Connecticut, wrapping up Aug. 4 in Indiana. Tickets are on sale now.
Now that these guys are well past "new" or "boys," do you think they should update their names? Suggestions?