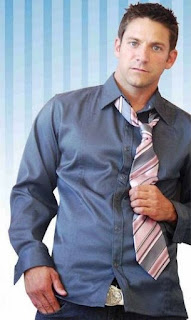 Q: Was there, or will there be, a 98 Degrees reunion this summer? — Dawn D., Canton, Ohio
A: While the former bandmates would love to perform together again, it ain’t happening just yet. I spoke with Jeff Timmons recently, and he told me: “There was a tour set up for the summer, but not everybody was on board with it in the end. I was very excited to do it, but it just didn’t fit what everybody wanted to do, so we called it off. We decided when it’s a better opportunity for everyone, we’d decide collectively as a group that we’ll do it then.”
In the meantime, Jeff is heating up the already-hot Vegas scene with his new show, “Wired,” which is free at Green Valley Ranch Resort and Casino. Performing Fridays and Saturdays all summer, Jeff describes it as “the party before the party. You drink, have a good time, listen to us perform classic and current R&B, pop, my stuff, 98 Degrees stuff, and then go out to the club and hear a DJ spin it afterward.”
Jeff promises surprise guests who will sing with him, but you’ll have to come out there to see who. “That’s part of the element of surprise. Who’s going to be there next? We have a couple of people who we know are coming in July when they’re going to be in town, but most of it’s going to be spontaneous.”