Porridge, bottled water and mouthwash: Pregnant Vanessa Minnillo and husband Nick Lachey stock up for a 'big night' in


Life is set to get a whole lot more exciting for pregnant Vanessa Minnillo and husband Nick Lachey.
And judging by these pictures of the couple stock piling on groceries, it appears they are already getting well into nesting mode.
The former 98 Degrees singer and MTV star were seen leaving a Costco store in Los Angeles, looking casual in their workout gear. 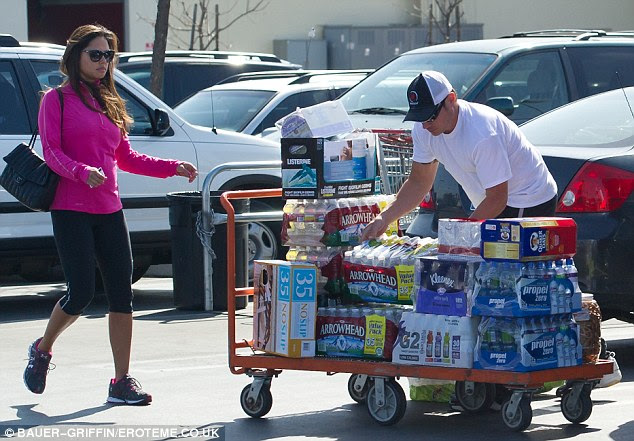 Stocking up: Pregnant Vanessa Minnillo and husband Nick Lachey leave a Los Angeles supermarket with a trolley-load of supplies
They stocked up on a load of bottles water, energy drinks, porridge oats and mouthwash among other supplies.
Nick and Vanessa were spotted last week, just days before announcing they are expecting their first child.
It was during a guest presenting slot on Live! With Kelly on Monday that Nick revealed the happy news. 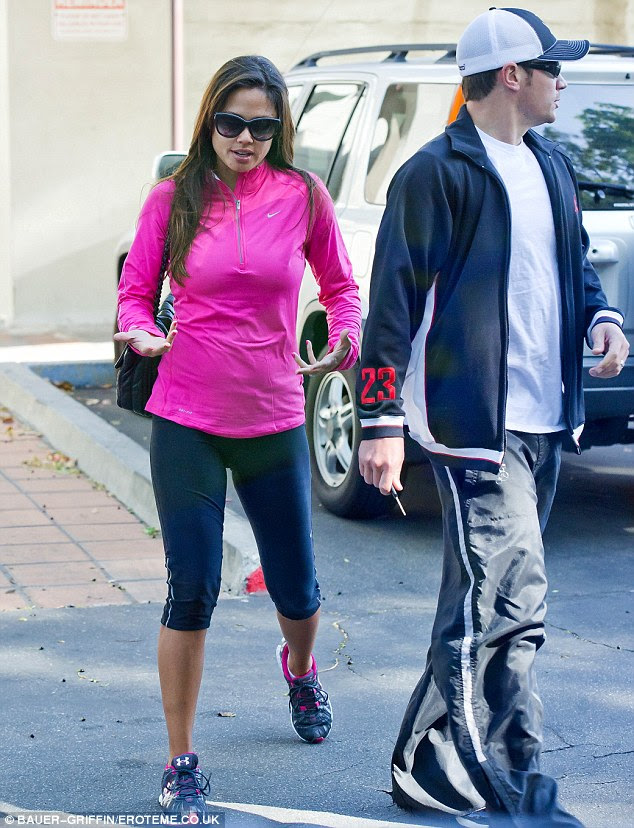 Keeping it casual: The couple, who married last year, were decked out in casual workout gear

Nesting: Earlier this week they announced the happy news they are expecting their first child, pictured here last week at a Costco store
He said: 'We're having a baby! I've had the chance to do a lot of great things in my career and my life, but this is the one thing that more than any other I've looked forward to.
'The fact that it's actually here, and we're going through all these experiences, it's overwhelming.'
And he said they plan to learn the baby's sex as soon as possible and added: 'We don't yet, but we definitely want to know.
'I can't take the knowledge that someone out there knows, but I don't know. 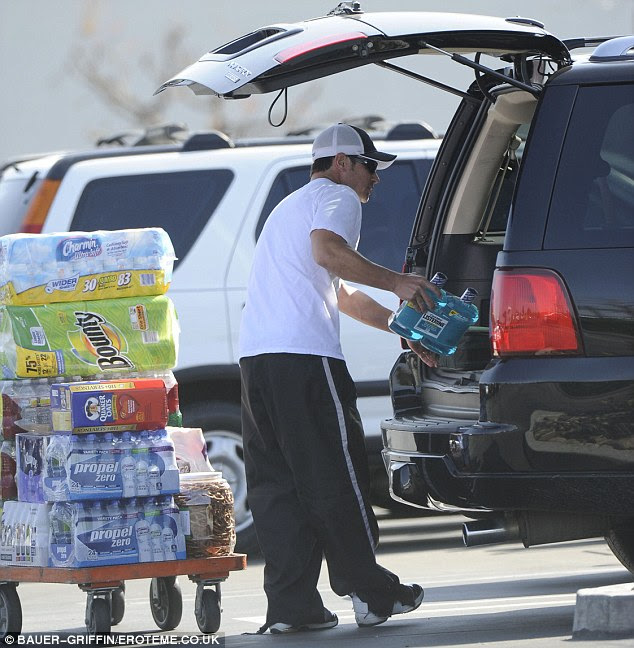 Minty fresh: The bought bottled water, energy drinks, porridge oats, kitchen towel, toilet paper and mouthwash among other supplies
'It's like watching a sports game on TiVo - I can't do it!  If it's live,  have to see it live'.


The couple then took to their Twitter pages to confirm the news with 31-year-old Vanessa, who is due at the end of the summer, writing: 'Finally, Nick and I are ready to share our news.
'We have been blessed with a little Angel! We can't wait to meet Baby Lachey!!!'


And 38-year-old Nick - the ex-husband of heavily pregnant Jessica Simpson - added: 'Thanks everyone for all the well wishes! It means a lot to @VanessaLachey and I.....who's guessing? boy or girl?'

Father to be: Nick outside the TV studios in New York yesterday where he is guest presenting with Kelly Ripa on Live With Kelly!