They sure clean up nice! Pregnant Vanessa Minnillo and husband Nick Lachey light up the red carpet after casual day out


Regardless of what they're wearing, Nick Lachey and his pregnant wife, Vanessa Minnillo, look absolutely fabulous.
The celebrity couple showed off their fashion versatility yesterday in Sydney.
The 38-year-old singer and his TV presenter wife, 31, looked casual but cool as they strolled and shopped in the Australian city. 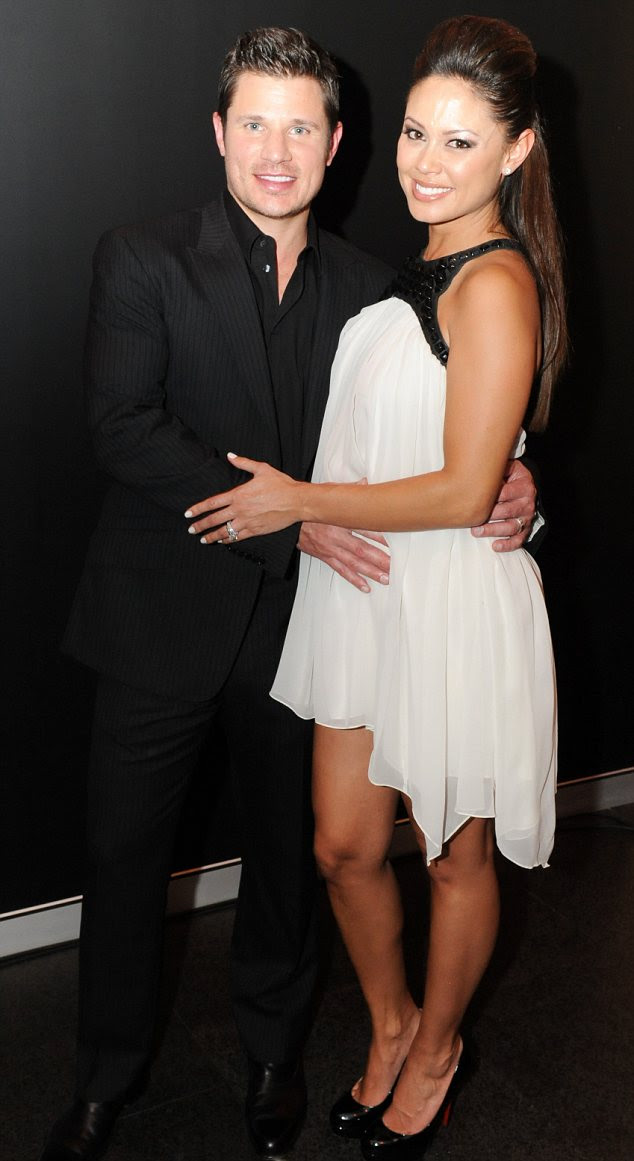 Jessica Simpson's ex-husband looked dapper in a dark pin-striped suit and black shirt.
His lovely wife his her burgeoning baby bump with a floaty white chiffon mini-dress, which drew attention to her fabulous legs.

The woven detailing at the top of her dress also drew attention away from her stomach.
She wore simple yet sexy smoky eye make-up and styled her hair in a half-do with a bouffant on top.
Earlier in the day, the couple, who tied the knot last July, wore nearly identical ensembles.
Both were clad in white shirts and blue jeans, though Vanessa's were lighter and rolled at the bottom.
She accessorised with fashionable sandals and large silver hoops, while Nick wore a fairly standard ball cap.
They were far more appropriately dressed later in the evening to mingle with Nick's ex-sister-in-law, Ashlee Simpson.
Both his current wife and his ex are both pregnant with their first children, which should have made for an interesting conversation at the Australian fete.

Other celebrities to attend the Marquee event included Sharni Vinson and Twilight star boyfriend Kellan Lutz, Mel B and husband Stephen Belafonte, Isabel Lucas and Paris Hilton.
It has just been reported that the 31-year-old socialite will make a cameo appearance in the film Bling Ring.
A source close to the production revealed that Paris appeared on the Los Angeles set in a Swarovski dress and Christian Louboutin heels to film a scene with Gavin Rossdale as a shady club promoter.