I Saw The Invisible Man

When i was still in high school, he told me that the hardest thing he ever had to do was to look me in the eyes and tell me that he doesn't love me. Of course, he told millions of other girls the same thing too.
And now after SO MANY years, i finally got my chance to meet him when an sms from Quattro told me that Jeff Timmons - my fave member from now-defunk 98 Degrees - will be in town for a show.

After all the hoohah i read and heard about Quattro, i was pretty excited to experience the vibe. And together with Karen, off we went to get a taste of the four seasons. But except for the interior design, appropriate cover charge, the ice room in the winter section and their VERY good music (R&B on Fridays, pop on Saturdays), i don't really see what the big deal is about.
There is NO dance floor and that is a humongous pooper for me! Where am i supposed to get jiggy with the beat? And where would all the hanky panky flirtatious moves happen?

Well, at least they have Jeff to make up for that flaw. The night kicked off pretty excitingly. While being blur and asking waitresses which section of the club Jeff's show will be, i noticed that the man himself was standing in front of my eyes, right behind Karen! We got so star-struck that we just looked at each other and let him walked off without even managing to say hi. Damn, i need better reflexes...
The show itself was okay but whoever who organised Jeff's performance definitely has more homework to do. I don't know why they even thought of alternating his performance with the usual club hits. So we basically saw him coming on stage for one song, then leaving for 15 minutes or so before returning for another song and leaving again. I think that basically eliminated the chances for him to really connect with the audience and build the mood that he wanted to set. 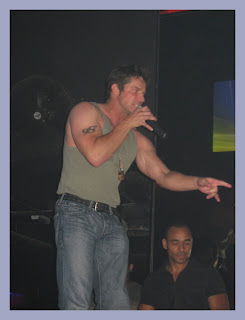 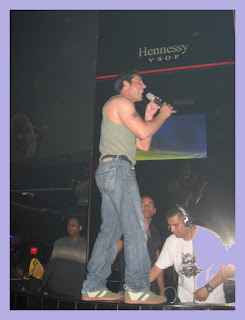 The sound system was not really good either. The music overpowered his voice leaving us with an almost lip-sync-ish performance. Sadly, the crowd was also not working in Jeff's favour. Most of them barely even knew who he was and many simply didn't care. It is such a pity because he's got an amazing voice and an even more amazing falsetto that can be put to good use. If only they would listen..
. 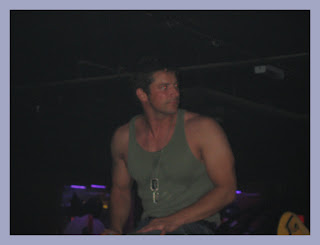 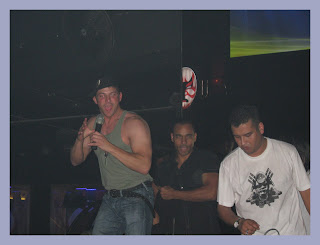 He really tried to work the crowd but not to much avail. This was the night when i realised that to be a celebrity ain't an easy job as well. He has the looks, the voice but unfortunately, not the luck. And when Lady Luck is not on your side, get ready for a bumpy ride.

What I ended up seeing after the show, was a rather pissed off (and i'm guessing disappointed) Jeff but all that was graciously put aside when we met. What a sweetheart...

Well, whatever it is, he's still got the voice and don't even get me started on his body! Who would have thought that after 10 years, i finally got to meet the man who once adorned my bedroom wall? 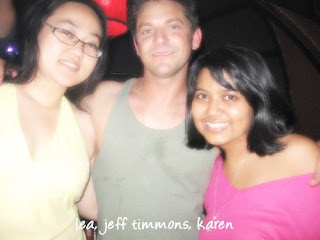