Justin Jeffre of 98° on Cincinnati, the Bengals, the Big Red Machine and sports 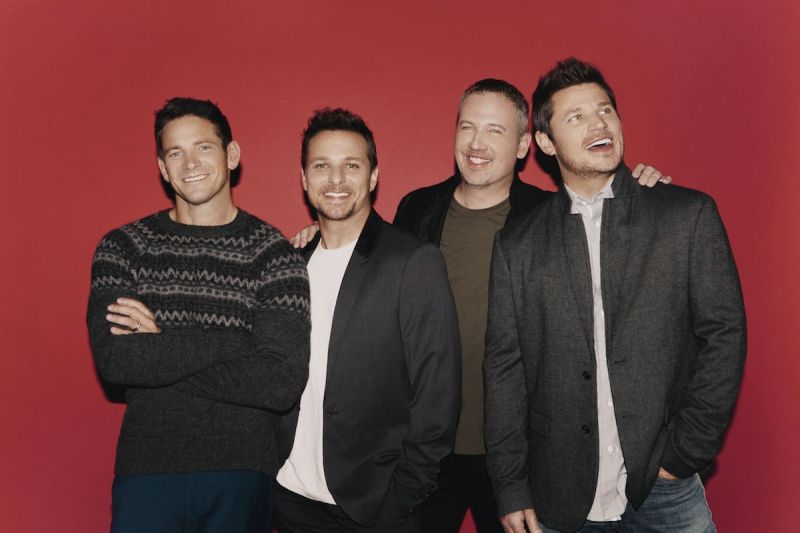 In five short years — from 1997 to 2002 — 98° sold a staggering 10 million records, scored a chart-topping single (“Thank God I Found You" with Mariah Carey and Joe), and collaborated with their collective idol (Stevie Wonder on “True To Your Heart"). Furthermore, 98° had a bunch of other hits, including “Because of You,” “I Do,” “The Hardest Thing,” "Give Me Just One Night (Una Noche),” “My Everything” and “The Way You Want Me To.”
Last year, the quartet released a full-length Christmas album, Let It Snow, via Universal Music. Let It Snow was the quartet's first holiday album since 1999's multi-platinum selling This Christmas. In support of Let It Snow, in 2017 the band -- comprised of Jeff Timmons, Justin Jeffre and brothers Nick and Drew Lachey -- embarked on a highly successful 31-city tour across the United States, in addition to their performances on the Macy’s Thanksgiving Day Parade, Disney’s Magic Holiday Celebration, Good Morning America, Today Show, and Kelly & Ryan.
Presently, 98° is in the midst of a holiday tour, which wraps up on December 21st in Appleton, Wisconsin. I spoke with Justin Jeffre and highlights of that chat are below for Sportskeeda. Tour dates and other information on the quartet can be found online.
I believe you ran for mayor of Cincinnati. Is that correct?
Justin Jeffre: That's correct, yeah I did... I've stayed involved in the community in Cincinnati. I still live there. My heart was always there. Over the past six years, I've been working for the Greater Cincinnati Homeless Coalition. So I'm very much involved in sort of the local political scene in trying to advocate for public policies that I believe in.
As somebody who's been around the world many times over, what is it that keeps you local to Cincinnati and the Greater Cincinnati area?
Justin Jeffre: You know, I think it's the people. I mean, I grew up there so I've got a lot of family there. I've got a lot of friends there and I just think it's a cool city. It's got a lot of history and a lot of great culture.
We have a great art scene and a great food scene here, and sports, they've got that and cool architecture... I think it's a city that's on the upswing... You can see great bands... It's big in the sense that there's anything you'd want to do, but it's small in the sense that it feels like kind of a small town in the sense that people are friendly.
I love New York, but you know people kind of just walk by each other as if they don't see each other, whereas Cincinnati it's a little bit friendlier.
When did you notice that things started to really turn around for Cincinnati?
Justin Jeffre: Cincinnati is a metropolis. It's changed a lot in the past 10 years, certainly. I think everybody realized that there had been a major shift about five years ago, it's still continuing, you know.
I think probably it was actually soon after I ran for mayor. Part of what I would say when I was running for office was "We're Cincinnati, we're our own worst critics and we have to sell Cincinnati back to Cincinnati." I think that that has certainly happened in the past decade, and that's a good thing. I think people that live there are proud to say they live in Cincinnati.
Have you been a Cincinnati Bengals fan your whole life?
Justin Jeffre: I have been a Bengals fan my whole life. I'm not a huge sports guy. I mean, the rest of the [98 Degrees] guys are sports fanatics. I mean, like on the bus, it's either ESPN or whatever game is on.
I remember, as a kid, the "Big Red Machine" with Johnny Bench and Pete Rose... My earliest memories of sports were these amazing teams, and I remember when the Bengals first went to the Super Bowl against the [San Francisco] 49ers. Then when I was in high school they went back to another Super Bowl. We have national history that we're proud of. We're hoping you know we get back there one day with this team.
Topics you might be interested in: