In five short years — from 1997 to 2002 — 98° sold a staggering 10 million records, scored a chart-topping single (“Thank God I Found You” with Mariah Carey and Joe), and collaborated with their collective idol (Stevie Wonder on “True To Your Heart”). Furthermore, 98° had a bunch of other hits — plenty of which hitting the Billboard Top 5 — including “Because of You,” “I Do,” “The Hardest Thing,” “Give Me Just One Night (Una Noche),” “My Everything” and “The Way You Want Me To.”
Last year, the quartet released a full-length Christmas album, Let It Snow, via Universal Music. Let It Snow was the group’s first holiday album since 1999’s multi-platinum selling This Christmas. In support of Let It Snow, in 2017 the band — comprised of Jeff Timmons, Justin Jeffre and brothers Nick and Drew Lachey — embarked on a highly-successful 31-city tour across the United States.
Presently, 98° is in the midst of a holiday tour, which wraps up on December 21st in Appleton, Wisconsin. I spoke with Justin Jeffre and highlights of that chat are below for The Hype Magazine. Tour dates and other information on the quartet can be found online at www.98degrees.com. 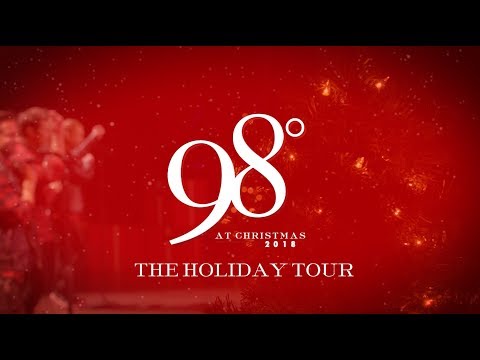 98 Degrees first went on hiatus in 2002 and everyone did their individual projects and then a couple of years later I believe everyone regrouped. When did you realize “Hey there is a new generation of people that are interested in us?”
Justin Jeffre: One of the reasons that we were interested in getting back together was because it’s something that we love to do and we have a very strong bond. But we didn’t really know with the fan reaction would be. Would anybody care? Would anybody show up? Fortunately for us we did a little temperature check in 2012 with the Mixtape Festival and then after that we got to come back on the package tour with Boyz II Men, and New Kids On The Block, which is one of the biggest groups in history. So it was a great way to come back. We had a great time and then after that we did the My 2Ktour and then last year’s Christmas tour. AndI say we’re we’re just having more fun than ever and the fans are still showing up…
So ultimately with touring you guys seem to still be on the road like three to five months or something like that. Is touring easier for you than it was say 15 years ago?
Justin Jeffre: Well honestly for me, it feels like it is a little tougher for the other guys because they have kids. And so now we have to sort of build into the schedule, like, five shows on and then take two days off so that everybody can shoot back home and get that family time. Because when kids are young and growing up, time flies by so fast… You don’t want to miss it… So while we love doing this and we’re grateful to be able to do it, we also try to keep things in perspective and keep the priorities where they should be.
What does 2019 looks like for 98°? Or does the group just plan things one tour at a time?
Justin Jeffre: Yes, it’s honestly kind of one tour at a time. We’re beginning to have those conversations. Up until now towards [tour] kickoff, we were just focused on making this the best show that we could, and sort of tweaking it here and there. I think we’re kind of in the groove now, so we are having conversations about what’s next… Everybody’s doing their own lives outside of the group now, whereas back in the day it was 24/7, sort of like being married to the guys you work with. Now we’ve managed to find a more balanced way to do things and make sure we’re giving enough time and attention to do all the things that we really care about.
So in closing, any last words for the kids?
Justin Jeffre: Well I would just hope people come out. It’s going to be a fun show. Of course you know we’re going to do the classic 98° songs, songs from our Christmas album and then we also have some new surprises and there are some things we’ve never done before. So it will be fresh for our fans that came out last year… It’s so much fun and we look forward to seeing everybody soon. 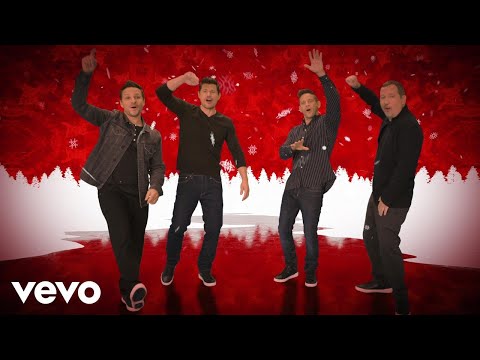