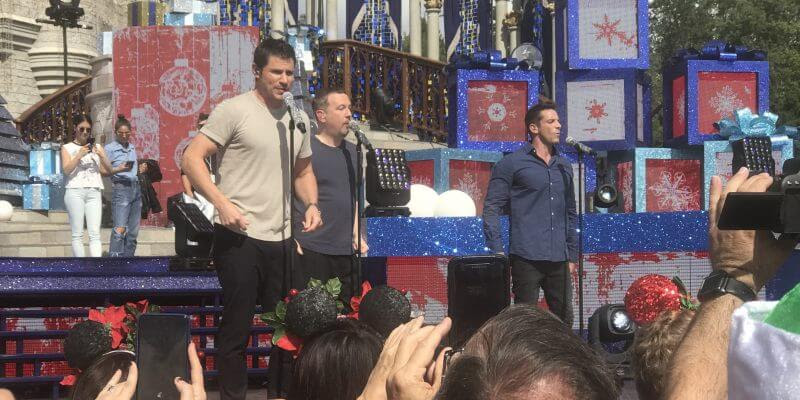 Today, guests of Magic Kingdom were in for a special treat as 98 Degrees and Fitz and the Tantrums performed outside Cinderella’s Castle for The “Disney Parks Magical Christmas Celebration” TV special to air on ABC.
Disney Parks and ABC have teamed up in the past for enchanting holiday specials and this year they are back at it again with a whole new line up of popular stars. These holiday specials are perfect for getting anyone in the holiday spirit, especially for those who love seeing the Christmas decorations at the Disney parks.


The event began with an emcee named Cameron coming out onto the stage outside of Cinderella’s castle and introducing himself and what was to come for the special taping. Cameron discussed what guests should expect of the taping, how certain performances might be done multiple times and that the day would contain a lot of waiting around.
Cameron then took the time to help the audience learn how to clap properly for the taping. At this point he got the audience to clap in unison with him to demonstrate the different speeds at which to clap and what clap speed was appropriate for the day’s performances. This definitely gave the crowd a chuckle.
This led to about an hour of waiting around with Cameron, who spent the time interacting with the audience and answering questions about the show. Then the moment everyone in the audience was waiting for finally happened, 98 Degrees took the stage. The band stood at the side of the stage to shoot promotional tosses and then took their mark outside of Cinderella’s Castle to begin their sound check. 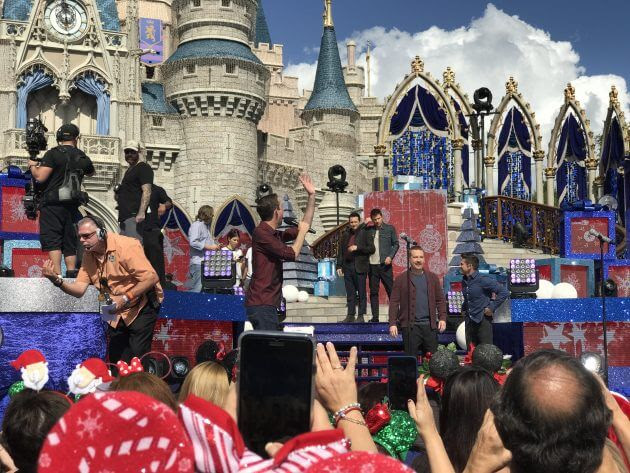 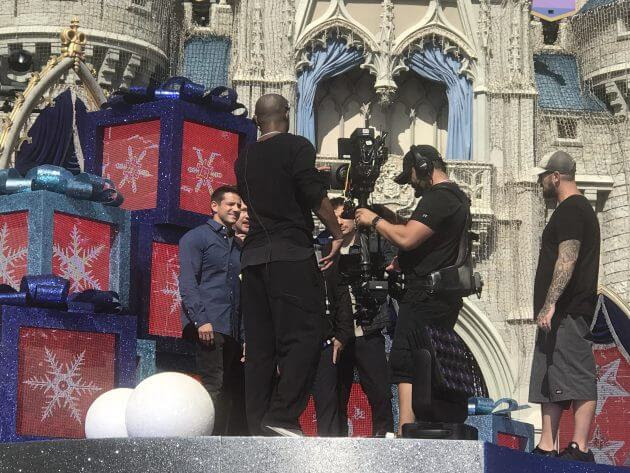 The crowd was roaring and clapping as Nick Lachey began singing, starting off the band’s song “Season’s Of Love” from “Let It Snow,” their first full-length Christmas album in 18 years. The cloud clapped in unison as the band performed the song. After the first take, the men got to take a quick break to cool down from the hot Florida sun, then the band went on to perform one more time, nailing it again 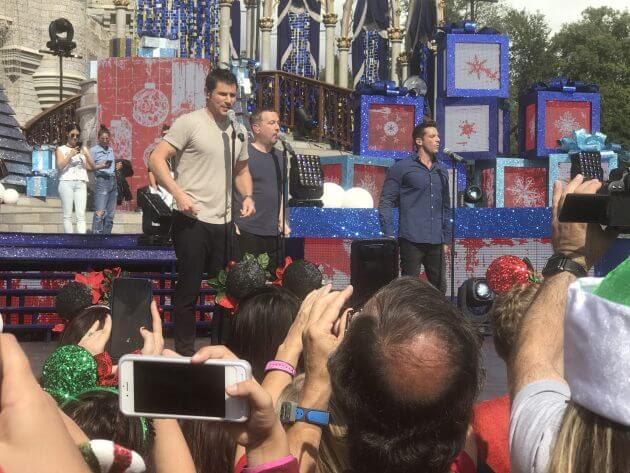 The band then said their goodbyes to the crowd and left the stage, which was met by applause and cheers from the audience. This was when production took a lunch break and the stage was redecorated with a few new set piece
All of today’s performances can be seen when the special “Disney Parks Magical Christmas Celebration” airs on Christmas Day, Monday, December 25 from 10:00 AM – 12:00 PM ET. To see the full list of performers at the event, be sure to check out our earlier coverage.