SOURCE
By MIKE LARKIN FOR DAILYMAIL.COM

They will be watching what they eat to ensure they can fit into their leather trousers as they prepare to embark on yet another comeback tour.
But perhaps 98 Degrees decided to indulge in a final pre-return blowout after they where spotted enjoying a communal lunch in Beverly Hills on Tuesday.
The band's main star Nick Lachey seemed pumped as he arrived for his meal, though it is unclear whether he was thrilled to be meeting his old friends, or if he was just excited to be indulging in a slap-up meal at a posh eatery 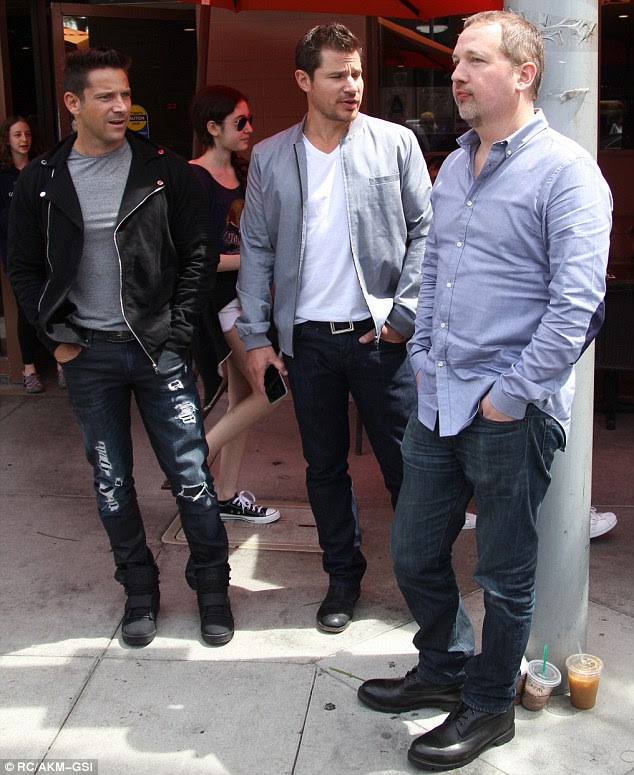 The 42-year-old 90s teen idol was certainly looking trim in a grey jacket, white T-shirt, jeans and black leather boots.
He was joined by old sparring partners Jeff Timmons and Justin Jeffre, with the latter opting for a dad chic look of casual shirt, blue jeans and boots.


The titanic trio were stuffing their faces at the upmarket Nate'n Al, though he sadly missed the chance to catch up with old flame Kim Kardashian, who had also dined their with brother Rob and his former stripper fiancee Blac Chyna.
However it seems some of the old magic is still there, as Nick was approached by some excited young ladies in skimpy denim hotpants, who begged the obliging singer for a photograph. 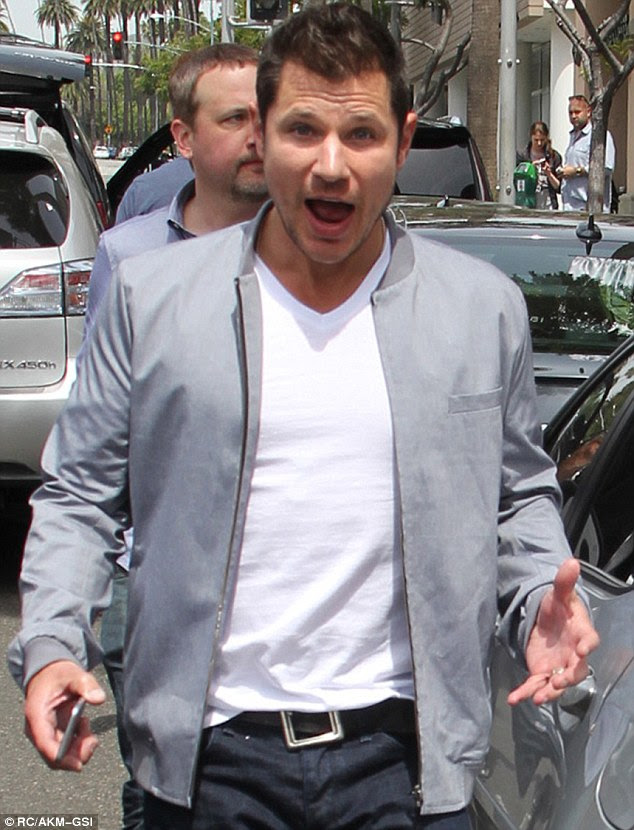 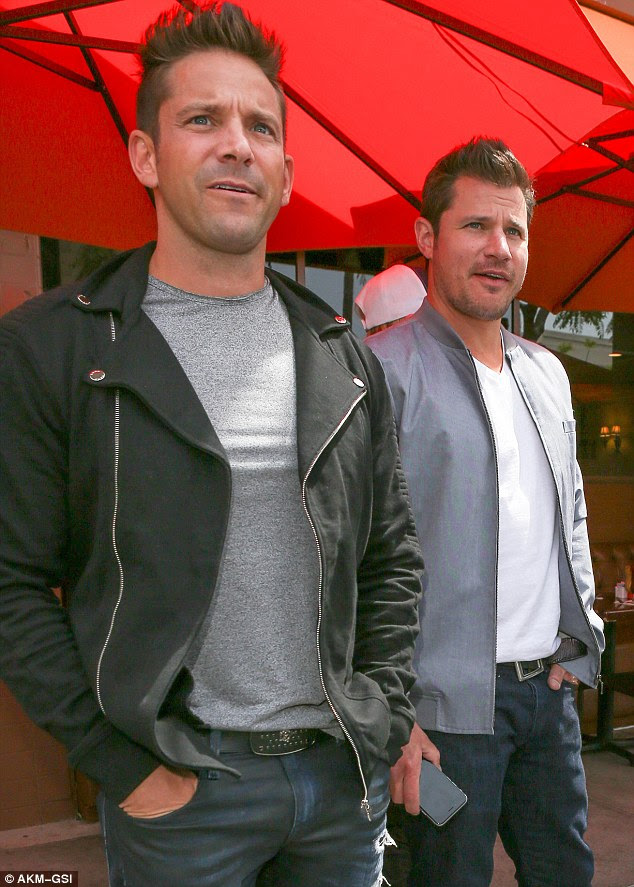 98 Degrees, which also includes Nick's brother Drew will come together for the My2k Tour, it was announced on Monday.
The boy band will be joined by Nineties girl group Dream, not to be confused with Things Can Only Get Better legends D:Ream, boy band O-Town and also macho pop hunk Ryan Cabrera.
This will be 98 Degrees' first tour in three years since they joined New Kids on the Block's sold-out The Package run in 2013, which ended the group's 13-year hiatus.
The My2k Tour will kick off on July 8 in Kansas and finish up on August 28 in California 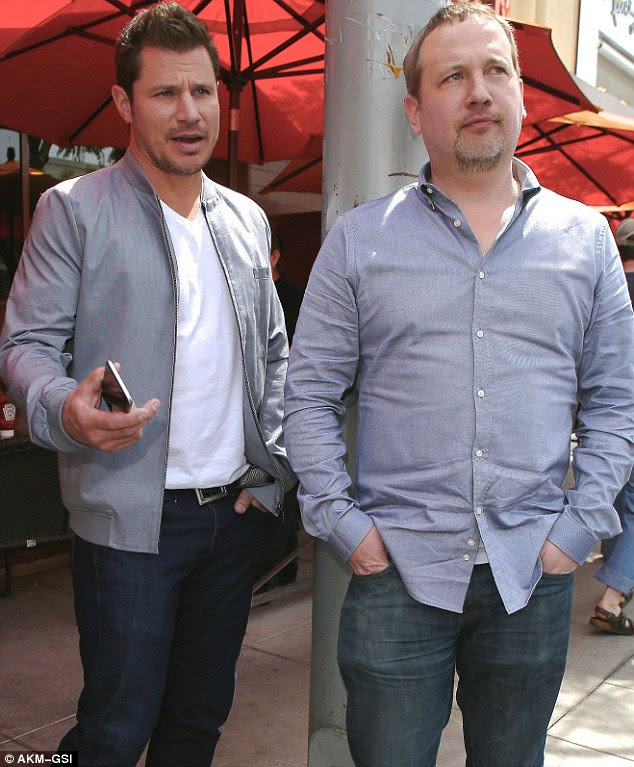 They were heartthrobs in the '90s and thanks to the huge success of the band Nick found fame elsewhere after their hiatus.
Nick married American singer and actress Jessica Simpson in 2002, however the couple divorced four years later in 2006.
He then married Vanessa Lachey in 2011 and they have two children together - Camden John Lachey, three, and Brooklyn Elisabeth Lachey. 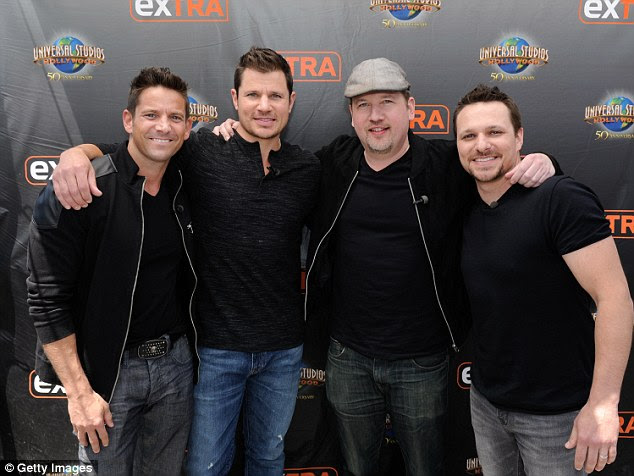