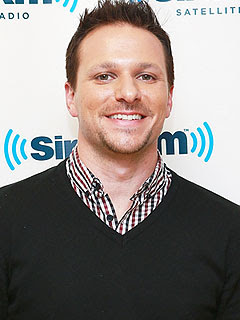 When you become a parent for the first time, it’s helpful to have an experienced sibling to bounce questions off of. Such is the case with Nick and Drew Lachey.
“Nick and I had conversations about the right way to install a car seat,” says Drew, who has partnered with the injury prevention program Buckle Up for Life, a national campaign that is helping to inform parents about car seat safety.
“I mean, you read these instructions and they’re 55 pages long. There’s a lot of information being thrown at you.”
The 98 Degrees singers and their families — Drew, 37, and his wife Lea are parents to daughter Isabella, 7½, and son Hudson, 3, while Nick, 39, and his wife Vanessa have son Camden, who turned 1 on Sept. 12 — hit the road this summer with bandmates Justin Jeffre and Jeff Timmons for The Package Tour, a co-headlining show that included The New Kids on the Block and Boys II Men.

They trekked to more than 40 U.S. cities, so road accidents were not outside of the realm of possibility.


“As a parent who is putting their kids in the car everyday, you think they’re safe, but honestly three out of four car seats are installed improperly,” says Lachey, who runs Lachey Arts summer camp and teaches musical theater at a performing arts school with his wife. “We’re dropping the ball a bit as parents. So, this [campaign] gives us the knowledge, just to make sure that we’re doing it correctly.”
Touring now is definitely different than the old days, when 98 Degrees performed for millions of screaming girls.
“It was a much more family friendly environment,” he says. “Under the tour bus there were car seats, Pack ‘n Plays and strollers and all that fun stuff.”
The Package Tour wrapped Aug. 4, with plenty of time to spare before the Lacheys celebrated Camden’s first birthday with a baseball-themed party in their home state of Ohio.
“It was a great time,” Lachey says. “Family is the most important thing to us, so getting together for those big events and sharing those moments together, that’s a big part of why we moved back to Cincinnati is to have family and friends involved in those kinds of things.”
Watching their children form relationships is super sweet for the brothers.
“Camden is a little young to realize the situation, but my kids love having a little cousin around — my daughter loves it especially,” he says. “She loves [playing] that babysitter role, because in her mind she’s in charge. It’s great having them around, and having our kids grow up together — that’s what we always wanted.”
– Amy Jamieson