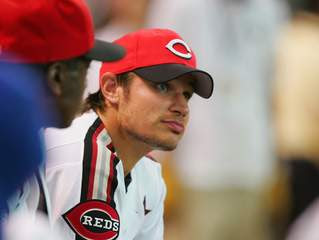 CINCINNATI - Who hasn’t heard the song, “Dust in the Wind” by Kansas? A true Reds fan teamed up with Cincinnatian and pop-singer Nick Lachey to create a parody of the song, entitled “Dusty Please Win.”
Josh Sneed told Lachey of his Reds-friendly version of the song, and he agreed to record it with him. The project was put on hold after Lachey became a new father as this past Reds season was winding down.
The two decided to record the song in the offseason and released it just before Opening Day 2013.
The song can be downloaded for $1.00 at http://www.CincyShirts.com/Dusty , and all proceeds will benefit the Reds Community Fund.
You can listen to the parody by hitting play below (mobile and tablet users go to a browser version of WCPO.com).