Dancing with the Stars winner Drew Lachey hosted Harrah's Pool After Dark in Atlantic City last weekend, where he sat down to talk to NJ.com about his future plans with boy band 98 Degrees, and the secret to his long-lasting marriage.

NJ.Com: How does it feel to be back in Atlantic City?
Drew Lachey: I love Atlantic City. I hosted a show at Bally's a couple years ago, and Dancing with the Stars came here on tour, so I've been here a bunch and love it! You have the New York and Philly crowds all meeting here, so it's just a really cool vibe and everyone just comes here to have fun.

What's your favorite place to eat in Atlantic City?
Lachey: I just ate at Dos Caminos [in Harrahs], that was really good. Johnny Rockets is always good, too.


Tell us about the 98 Degrees Reunion.

Lachey: We are going on tour this summer with the New Kids on the Block and Boyz II Men starting May 30th and going until the end of August. We plan to perform in Philly, New York, Atlantic City and all around the region. We are actually in the studio now recording.

Do you have any plans for a reality show?
Lachey: No, no plans right now but you never know, you just have to take a look at what's presented to you.

Who are you current favorites on Dancing with the Stars?
Lachey: I have a bunch of favorites for different reasons. As far as guys go, probably Derek and Mark because they are younger and incorporate a lot of different styles into the dances. For women, obviously my partner Cheryl and my other partner Anna, who isn't on this season.

You and your wife Lea are childhood sweethearts and still have a strong relationship. What is your secret?
Lachey: Be with the right person. You have to be partners. One person can't take more importance than anyone else. It's just something you have to work at and enjoy and ultimately just marry the right person.

What's the most expensive gift you've received?
Lachey: On my opening night of Rent on Broadway, Nick and my wife Lea gave me a really nice diamond watch.

If your life was a song, what would the title be?
Lachey: [without hesitation] Crazy!

What advice would you give to an aspiring artist?
Lachey: Don't take life so seriously. Be smart, stay humble and have fun. It's a tough business to get into, so the best advice I could tell anyone is to work hard and stay humble because whoever you meet on the way up, you are gonna meet them on the way back down too. And you never know when that person is going to get promoted. Relationships last forever. So just stay humble. 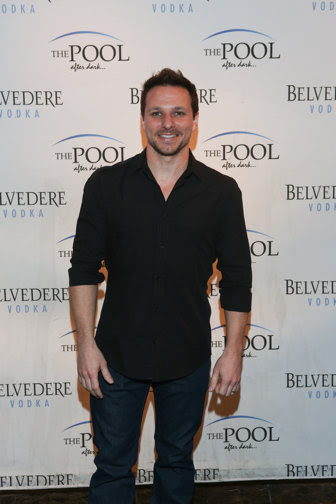 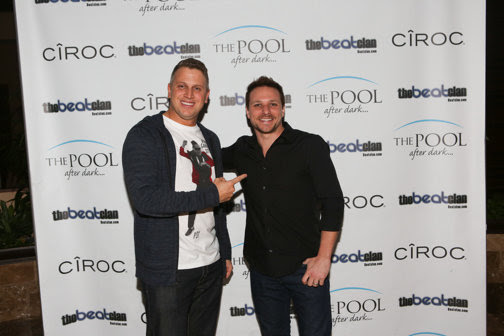 Labels: 98 Degrees, Atlantic city, dancing with the all stars, Dancing With the Stars, Drew Lachey, harrahs