It is, famously, the happiest place on earth.
And Nick Lachey plus wife Vanessa and their three children certainly looked delighted to be at Disney World in Orlando, Florida, in a snap the proud mom and BH90210 star shared on Instagram on Thursday.
Vanessa, 38, looked gorgeous in a black and white striped dress and wide brimmed black hat as she held Pheonix, two, on her hip and put a protective arm around Camden six. 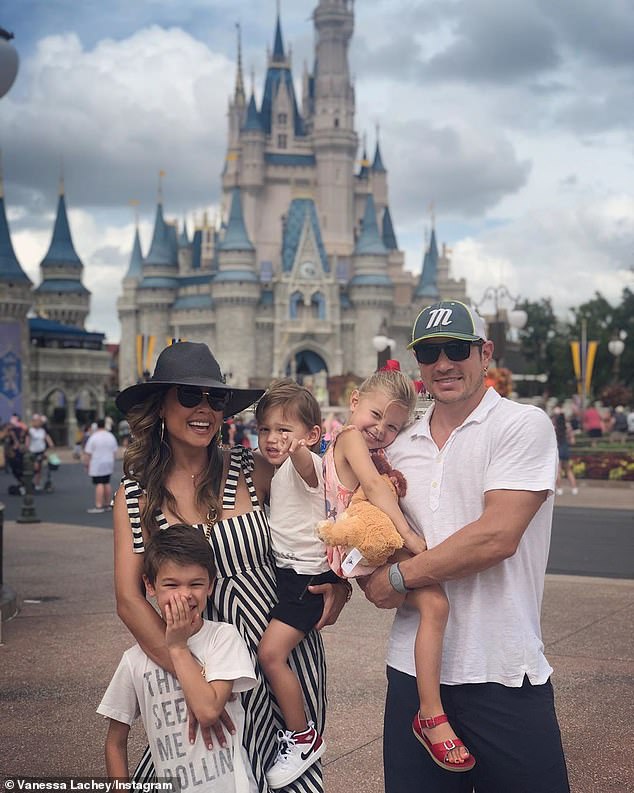 Nick held daddy's girl Brooklyn, four, on his hip.
It was, in fact, a working holiday for Nick, 45, as he and his boy band, 98 Degrees, reunited to sing at the theme park's Epcot International Food & Wine Festival.
98 Degrees - Nick and his brother Drew, 43, Justin Jeffre, 46, Jeff Timmons, 46 - belted out their hits twice a day on Monday, Tuesday and Wednesday.
And N'Sync's Joey Fatone, 42, stood in as an occasional vocalist. 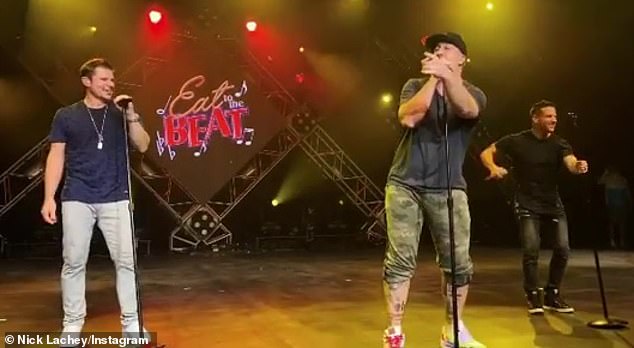 Members of the audience could be heard screaming when they started dancing to N'Sync's Bye By Bye in an Instagram video that Nick shared.
He captioned it: 'Turns out @realjoeyfatone does sing on other days that end in “y” besides Friday. #FatoneTuesday ...thanks for coming out buddy!!'
Nick also shared a shot of him and the band singing Britney Spears' Hit Me Baby One More Time, which ended with him throwing his head back and his arm up 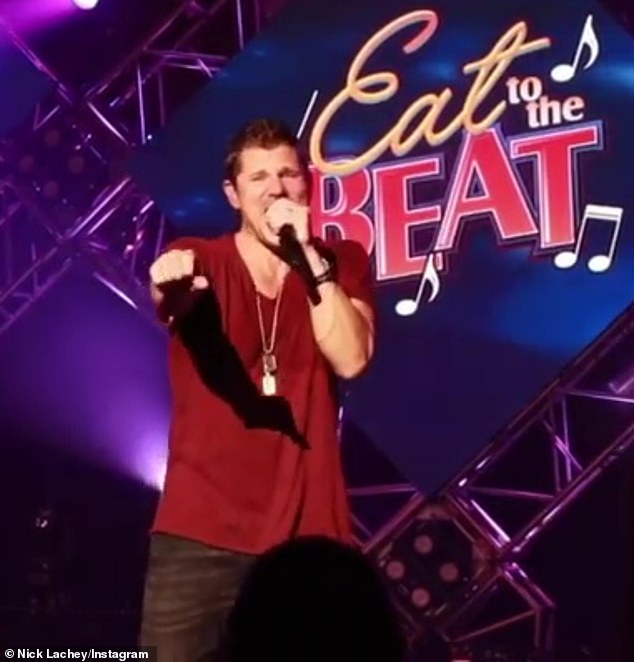 'If I hit this head move one more time I might end up in the hospital,' he joked. 'We have 6 more chances to find out at #EatToTheBeat.'
Meanwhile, Nick is due to host America's Most Musical Family with Ciara, David Dobrik and Debbie Gibson on the judges panel.
The Nickelodeon reality show kicks off on November 1.