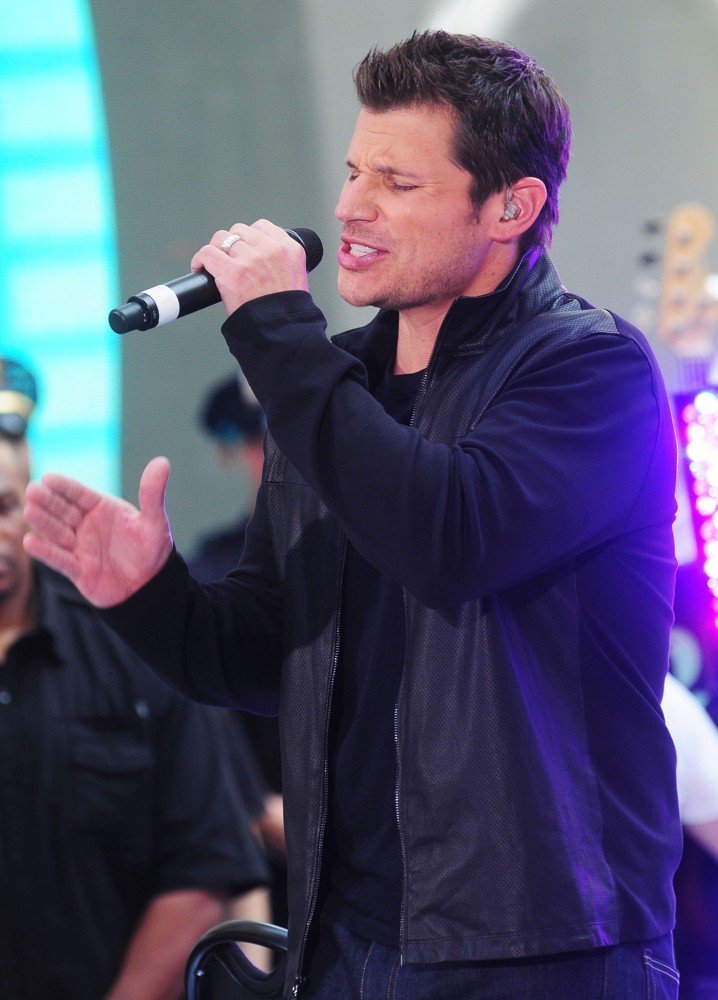 Chances of a Newlyweds reboot was unlikely for obvious reasons, but Nick Lachey has no plans to return to a family-centric reality show with his wife, Vanessa Lachey, either.

“No, that would not be in the cards,” the 45-year-old musician told Us Weekly on Wednesday, September 18, while discussing his partnership with Subway. “It’s funny, I had this conversation with somebody the other day. With social media, I feel like it’s kind of the new, the new wave of reality, but it’s one that you can kind of govern yourself. So I think that’s kind of a perfect mix for where I’m at in life. Having been there and done that, I don’t think there’s any chance you’ll ever see that happen again. You know who I am.”
The 98 Degrees vocalist and ex Jessica Simpson starred on MTV’s Newlyweds: Nick and Jessica for three seasons from 2003 to 2005. Less than a year after the show wrapped, the duo announced their split. Their divorce was finalized in 2006.
The “I Wanna Love you Forever” songstress, who married Eric Johnson in 2014, announced in July that her upcoming memoir will address their former reality show.
Topics covered will rage from “her popular television show Newlyweds, to a very public divorce, starring on the big screen and topping the Billboard charts, finding new love, raising a family, and running a successful business empire,” the press release read. (Simpson, 39, and Johnson, 40, are parents of Maxwell, 7, Ace, 6, and Birdie, 5 months.)
Nick, for his part, married Vanessa in 2011. They also share three children: Camden, 7, Brooklyn, 4, and Phoenix, 2.
The Ohio native did make a brief return to reality TV with his brother and bandmate, Drew Lachey, in 2015. The two men documented their efforts to open a bar in their hometown of Cincinnati on A&E’s Lachey’s: Raising the Bar.
“I did one with my brother, you know. But not one that’s based on my relationship, or my family,” he explained to Us on Wednesday. “And certainly not … I wouldn’t want to put my kids out there like that I don’t think that’s necessarily fair, not fair to them.”
Alongside his wife, the “What’s Left of Me” singer also appeared on season 25 of Dancing With the Stars. While Nick and partner Peta Murgatroyd were eliminated during week six of the show, Vanessa and Maks Chmerkovskiy lasted an additional week
“That was one of those things — I’m glad I did it. I’m glad I checked it off the list, and I can look back and say, ‘I have no regrets,’ [but] it was not one of the fonder moments in my life,” Nick told Us of DWTS. “If you enjoy dancing, it’s a great time. But for me it was just like, man, I never felt more uncomfortable in my life than being out there being judged at doing something that I don’t even doing. So it was a hard process.”