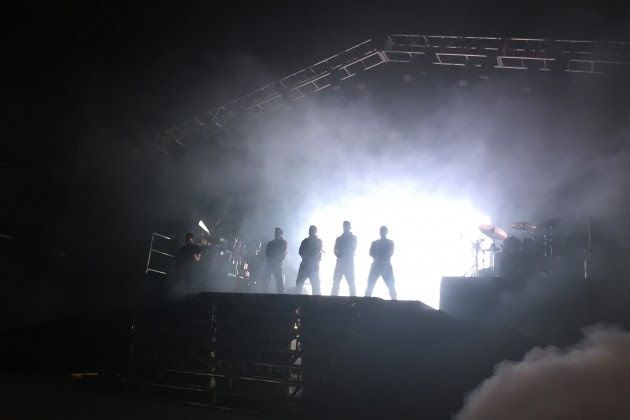 During the MY2K Tour VIP meet and greet at Tuscaloosa Amphitheater, 98 Degrees gives thanks to their most passionate fans and shares a “wild” story.
Those lucky enough to secure a spot at this special pre-concert event were treated to a photo op with everyone on the tour. We’re talking about the ladies from Dream, along with Ryan Cabera and all of the guys from O-Town and 98 Degrees.
Following the photo session, 98 Degrees belted out a few songs acapella for the gathered meet and greet pass holders. This was followed by Nick and Drew Lachey, Jeff Timmons and Justin Jeffre answering questions from the crowd.
In the Q&A session to get to know the group more, someone asked about their craziest fans. The guys responded by giving thanks to any fan who has passion for their music. They also did point outr how blown away they were by the intense level of fans during a tour in Southeast Asia. Nick Lachey talked about how he actually feared for his life at one show there, as the tour bus was rocked back and forth by fans.
“They were doing it because they actually liked the show, and they enjoyed us,” Nick said, “they got pretty wild!”
Watch 98 Degrees talk about their fans while in Tuscaloosa.