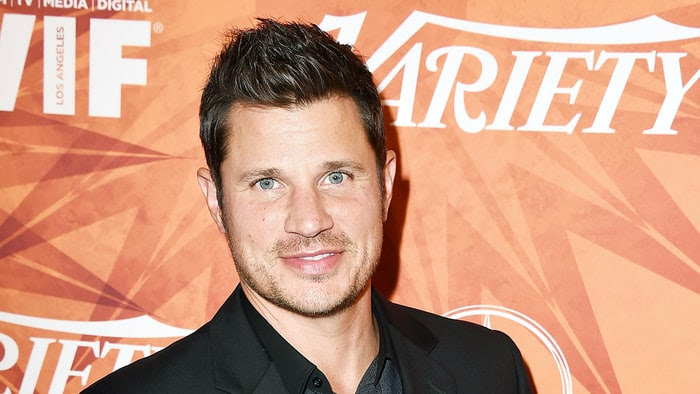 Lachey's in love! Nick Lachey recently opened up to Us Weekly about daughter Brooklyn's and son Camden's latest milestones.
"Brooklyn's teeth are coming in, and she’s standing, almost walking. It’s almost like clockwork. When they turn 1, this personality starts to happen," Lachey, 42, tells Us exclusively of his daughter, 12 months. "She’s becoming more of a daddy’s girl, which I obviously love. She’s such a happy, happy kid and just a lot of fun." 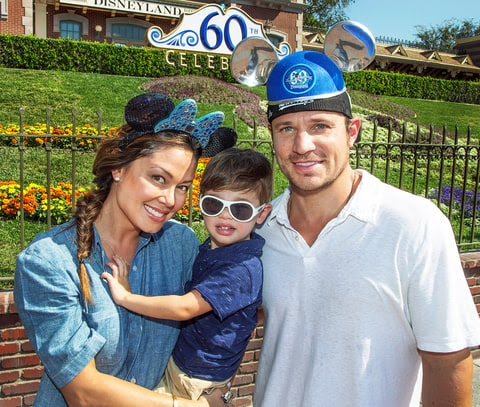 Lachey and his wife, Vanessa Lachey — who married in July 2011 — welcomed their baby girl in January 2015 and celebrated her first birthday last month in Mexico. Big brother Camden, 3, arrived in September 2012.
"Camden and I basically beat the crap out of each other and wrestle. It's our guy thing," Lachey, who recently teamed with PepsiCo’s Game Day Grub Matchculinary competition, adds. "The way [Brooklyn] looks at me is different. It’s very, very cool."
Half the fun of fatherhood for Lachey is seeing how his children interact. "She’ll basically crawl after him and chase him. He likes to torment her and hide her toys and make her find them — typical big brother stuff. And I try to warn him that one day she’s gonna grow up and get even with him, but I don’t think he understands that concept yet," the former boy-bander jokes of Camden. "He’s a good brother. He’s very protective, and if there is a situation where he thinks she’s in trouble, he’ll go and make sure I'm aware of it."
Lachey is infatuated with his children, but that doesn't mean he's ready for baby No. 3. "I’m pretty happy with two," he says. "It feels like God has smiled upon me."
Lachey is just as grateful for his longtime love, who he calls an "incredible" mother. Their schedules are hectic, but they try to go on "day dates" when time allows.
"Every now and again we’ll get a sitter and go out and have a nice dinner. Maybe catch a movie or something," he tells Us of the Truth Be Told actress. "Whether it's during the day or at night, we’re firm believers that you have to create some time for each other, and you can’t lose sight of that dynamic in your relationship."