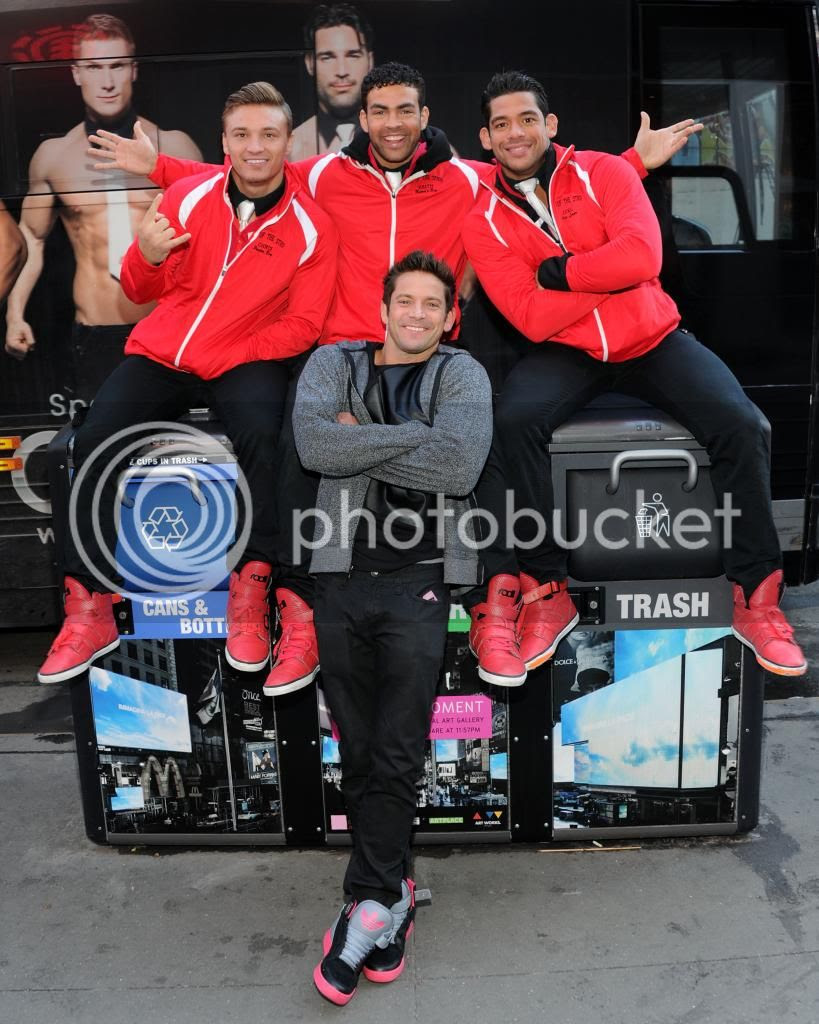 Jeff Timmons skyrocketed to fame in the nineties when he was a member of the popular boy band 98 Degrees. He built a massive fan base and made women melt with his sexy voice and smoldering good looks.
So where is he now? Jeff has not only done some solo musical projects, but he also has become a Chippendale dancer at theRIO in Las Vegas. In addition, he is also working on Men Of The Strip, another Chippendale/Magic Mike esque project where he and Glenn Douglas Packard search the country to try and find some of the best, sexiest male dancers to perform in Las Vegas.
I recently  chatted with Jeff to promote the project, which you can find out more about on www.menofthestrip.com.
Tell me a little bit about yourself.
I’m just a neurotic singer that loves being a husband and dad.
What made you decide to go into the music business?
At first it was for the girls and money, but now I'm in it for the music.
You gained quite a fanbase as a member of 98 Degrees. How does it feel to still have those fans follow your career?
I feel blessed.

Tell me about Men Of The Strip.
Men of The Strip is a sexier more talented version of Magic Mike.
How did you get involved with this project?
I thought it would be a novel idea and hooked up with Glenn Douglas Packard and Money Mike.
What attracted you to it?
I wanted to give back to our fans in a sexier way.

What do you hope to gain from working in Men Of The Strip?
Fun times and worldwide fun for females.
What are some of your future plans?
Just to keep having fun and being able to create. I would also love to do Dancing With The Stars!!!!
'You've done singing, Men Of The Strip, songwriting and reality TV. What else do you want to try?
I would love to produce music.

If you were to go back to recording, who are some artists you want to collaborate with?
I would love to work with NeYo.
What would people be surprised to know about you?
That I'm shy!
Any last words for America?
I appreciate all of the love and support!
Thank you to Jeff and his publicity team for this interview and be sure to check out Men Of The Strip.