98 Degrees founding member Jeff Timmons admits having mixed feelings about performing again in the Philippines on Saturday, Feb. 25, when he mounts a show with pop vocal group Blue and dance-pop band A1 at the Smart Araneta Coliseum.

“I’m very excited because of the pretty girls,” he told Yahoo! Philippines OMG! in a phone interview.

But he feels jittery, even if it’s his fifth time to perform in the country.

Jeff recalls the first time he went to the Philippines. Jeff and fellow 98 Degrees members Nick and Drew Lachey decided to try out a bar where a house band was performing.

“Everybody in the whole restaurant sings! They were singing Mariah Carey, Cristina Aguilera, everything! I was so nervous! We were sitting in the room and I was so nervous! They know they have talent so they make me all the bit more nervous.”

Jeff’s memory about rehearsing with a Filipino band also makes the butterflies in his stomach fly even faster.

“I’ve been with a Filipino band before,” he recalls. “I had an album called ‘Whisper That Way.’ I was rehearsing with the guys. Everything better than me. I’m nervous. Those guys are the best background singers!”

The butterflies vanish, however, when Jeff sees how much the crowd takes to his music.

The guy is not just paying lip service to Filipino talent. Jeff chose a Filipino band to back him up in “The Greatest Hits Tour with Blue, Jeff Timmons of 98 Degrees and A1.” So Jeff is not letting his guard down.

“The promoter tells me there’s supposed to be an extremely talented band and I’m almost nervous (Jeff chose Jay Durias as his musical director),” he admits. “Believe it or not, I’ve performed with Bryan McKnight and Mariah Carey (but) I’m nervous about the Filipino band. The Filipino bands can rock the house!”

Jeff vows to give the fans what they want -- good old 98 Degrees staples like “Invisible Man,” ”I Do (Cherish You)” and “The Hardest Thing,” among others. But he also promises to do “new stuff” he’s crossing his fingers the crowd will enjoy.

Sure, he’ll feel let down “if I see one sad face in the audience,” if he sings an up tempo jam and “somebody’s not feeling it.”

But Jeff will not back off. He will still give it a shot. At 39 and with two children, the eldest of whom is almost 13, Jeff has learned that disappointed is part of the deal.

“My kids are always disappointed,” he reveals. “They didn’t get the right Nintendo or Wii of whatever. I’m used to that now.”

No wonder Jeff doesn’t let anything bring him down, especially in his music.

That success, he goes on, doesn’t have to spell big bucks.

“I would rather you check out my new stuff and go, ‘Wow!’ I’m kinda feeling this guy!”

That’s why he’s pulling all the stops to get as close to the crowd as he can in his upcoming show in Manila.

“I’ll watch the audience and do what they do. I’ll go down the stage ad interact. I will give it a different flavor. 98 Degrees was very structured.”

Now, they like the Jeff Timmons they see, he will “peddle my music” and strike it out on his own, minus the 98 Degrees tag.

Being on his own

“I think it’s better being on my own,” Jeff muses.

If not, he always has his 98 Degrees background to fall back on.

“For now, it’s Jeff Timmons from 98 Degrees,” he reveals.

Whether or not will be just Jeff Timmons after the Big Dome show is something he is humble enough to leave to the crowd.

After all, a crowd who can make Jeff Timmons nervous must be a crowd worth paying attention to. 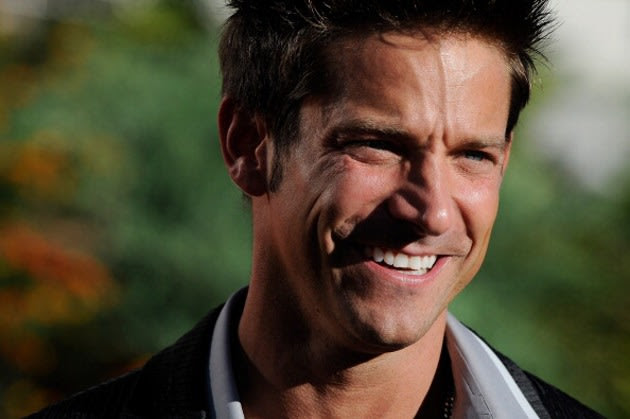