How to Meet Jeff Timmons of 98 Degrees 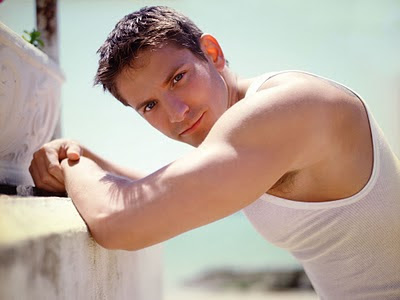 First, make certain through cronyism that the yet-undiscovered buzzband of which you’re a member is playing a large public park in a rural Midwest vacation destination.

Blow off thinking about the show until the day of the show.

Day of show. Find out you’re opening for Jeff Timmons of 98 Degrees.

Search phone frantically. Why is there not a Boy Band app? You don’t remember Timmons. You never liked 98 Degrees. You only remember Nick Lachey.

When you arrive to show, scan the backs of all the fancy cars behind stage looking for California plates or anything customized referencing 98 Degrees.

Play your set to a rousing 15 people. Make some coded references to Vanessa Minnillo. Look for Timmons. Still no Timmons. Why do you now care so much about Timmons?

After the gig, a man standing next to a BMW will come up to you. He will be short, mildly-good-looking, young, and you will take him to be Jeff Timmons. He will have cauliflower ear. “Great show,” he’ll say. You’ll say, “Thanks, really looking forward to Timmons, though.” Spend next 45 minutes wondering if that was Timmons.

Timmons will take the stage next for a cameo with metal band. He’s shorter than you thought, handsome, has a 98 Degrees tattoo on right bicep, and cannot remember lyrics to “Don’t Stop Believing” by Journey. But the crowd of about 35 goes wild.

Timmons will crotch thrust old women while singing “Una Noche,” bring a little girl on stage to sing a Michael Jackson song, and after four songs, turn to sound guy and say, “Should we wrap this up, Chad?”

Board a VIP boat for a midnight cruise/Timmons meet ‘n’ greet. Hide at end of boat, eat celery sticks with cream cheese, hope Timmons finds you.

Timmons will find you. He’ll approach, and you’ll leap to your feat and say something like, “Big fan, Jeff, big fan.”

What Timmons says will amaze you: Britney Spears opened for him, he’s sold out six weeks in a row in a Chippendales circuit in Vegas, and he once played for three people in Philadelphia when “This I Swear” was charting, so hang in there, come out to Vegas, and let’s hang out sometime, etc.

Timmons will shake your hand, a photo will be taken, and you will stare at the crescent-moon-shape of his exposed pectoral muscle. You can’t believe you just met Jeff Timmons of 98 Degrees, and he was actually a “nice guy/not a standoffish jerk.”

Go home, sit in bed for a few days, don’t get up, your head hurts too much, cry, think about how you can now live in a world knowing that Jeff Timmons exists, but he exists apart from you. Move to Las Vegas. Buy tickets for his show. Show up early. Craft a sign. Paint your face. “Remember me, Jeff?” you say as you climb on stage. Get tackled. Black out. All you remember is Jeff’s terrified face and the crescent-moon shape of his exposed pectorals as you reached for him. Now you’ve met Jeff Timmons twice.