SOURCE
By HEIDI PARKER FOR DAILYMAIL.COM


Vanessa Lachey has landed a role in the new Beverly Hills, 90210 reboot.
The 38-year-old beauty - who is married to singer Nick Lachey - will play the publicist wife of Jason Priestley's character Brandon Walsh, Fox announced on Friday.
This comes after several reports that the show has been having setbacks after some of the key writers walked off the series. 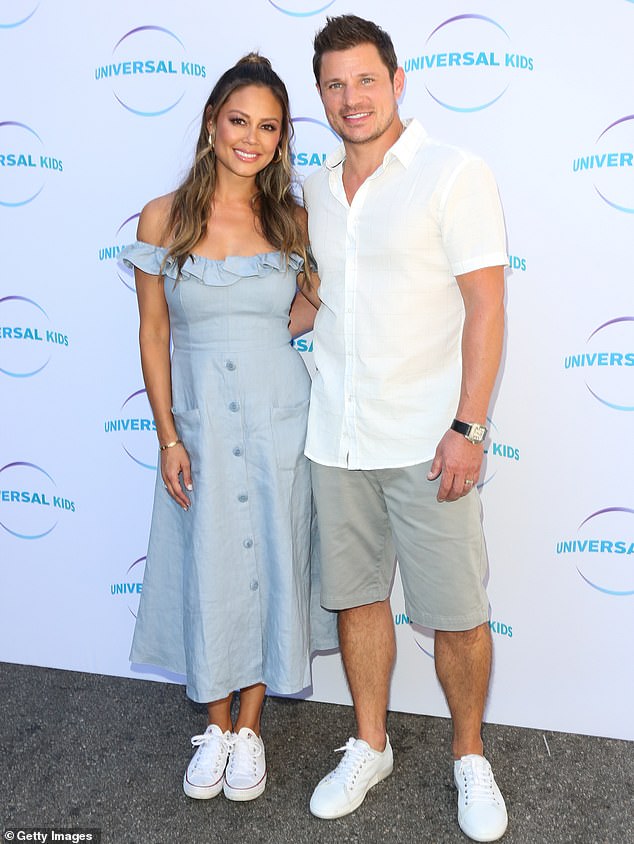 Vanessa will star as Camille, who is a 'high-powered publicist' that works all the time.
She wants to have children with her husband, even though her career is very demanding.
The former reality TV star also shared the news on her Instagram page.
She played the 90210 theme song and said, 'My NEW JOB has a pretty iconic zip code!!!
'I am still pinching myself that I get to join this incredible cast & play Jason Priestley’s wife.
'This show was EVERYTHING to me in the 90’s! Now excuse me while I continue doing my happy dance while rockin’ out to this song!!!' 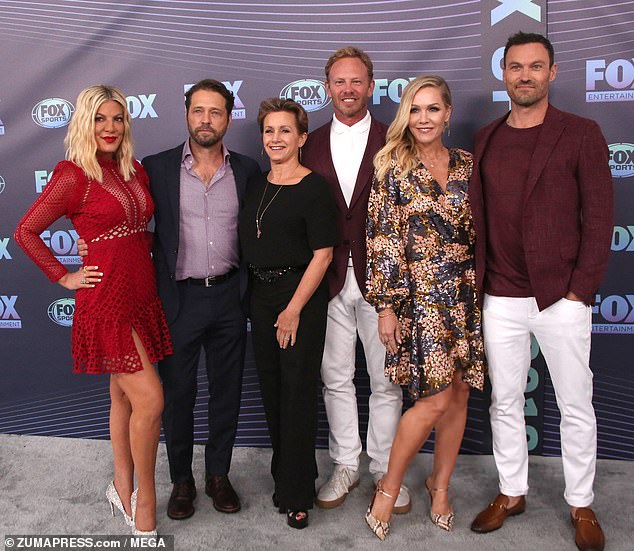 The day before it was shared that Kim Kardashian's good friend La La Anthony was also doing the Beverly Hills, 90210 reboot.
The 36-year-old Power actress has been signed up for a recurring role as the wife of Brian Austin Green, according to Deadline on Thursday.
She was the first non-90210 alum to officially join the cast of the new series.
Anthony will portray Green’s wife, Shay, a superstar hip-hop/pop artist, reports the website.
Her character is breadwinner of the family, while her Mr Mom husband watches over their three kids.
Shay has become used to being the center of attention, but can still be surprisingly down to earth, according the Deadline.
In the original Beverly Hills, 90210 finale, Brian Austin Green’s character David married Tori Spelling’s Donna, although in the CW’s followup series 90210, Donna revealed that she and David had separated shortly after the birth of her daughter.
The BH90210 series isn't exactly a reboot, or a sequel, but more of a meta take on the franchise that brings back the original stars.
The stars are playing 'heightened versions of themselves' in the series, not their previous 90210 characters.
The show will feature the actors who - having gone their separate ways in the 19 years since the series went off the air - reunite when there is talk of a reboot.
Several of the 90210 vets have come back for the reboot.
They include Tori Spelling, Gabrielle Carteris, Shannen Doherty, Jennie Garth, and Ian Ziering.
Luke Perry was not attached to the reboot at the time of his death in March as he was already on the series Riverdale.
The original series ran for 10 seasons between 1990 and 2000.
Showrunner Patrick Sean Smith and several senior writers backed out of the show earlier this month.
A report from Variety claimed that the writers left due to issues with unspecified stars, though another source claimed they were unhappy with an executive overseeing the series.
Paul Sciarrotta has been named the new showrunner along with series’ creators Chris Alberghini and Mike Chessler.
Fox announced the six-episode event series will premiere Thursday, August 7 to kick off the network's 2019-2020 TV season.