Boy band 98° gets the boot from Norwalk parking lot 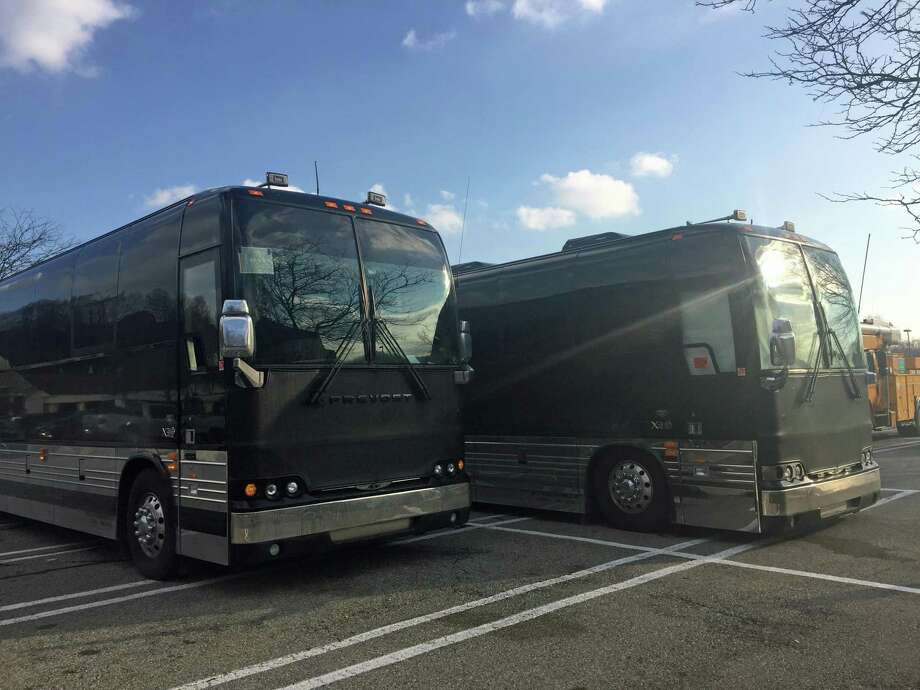 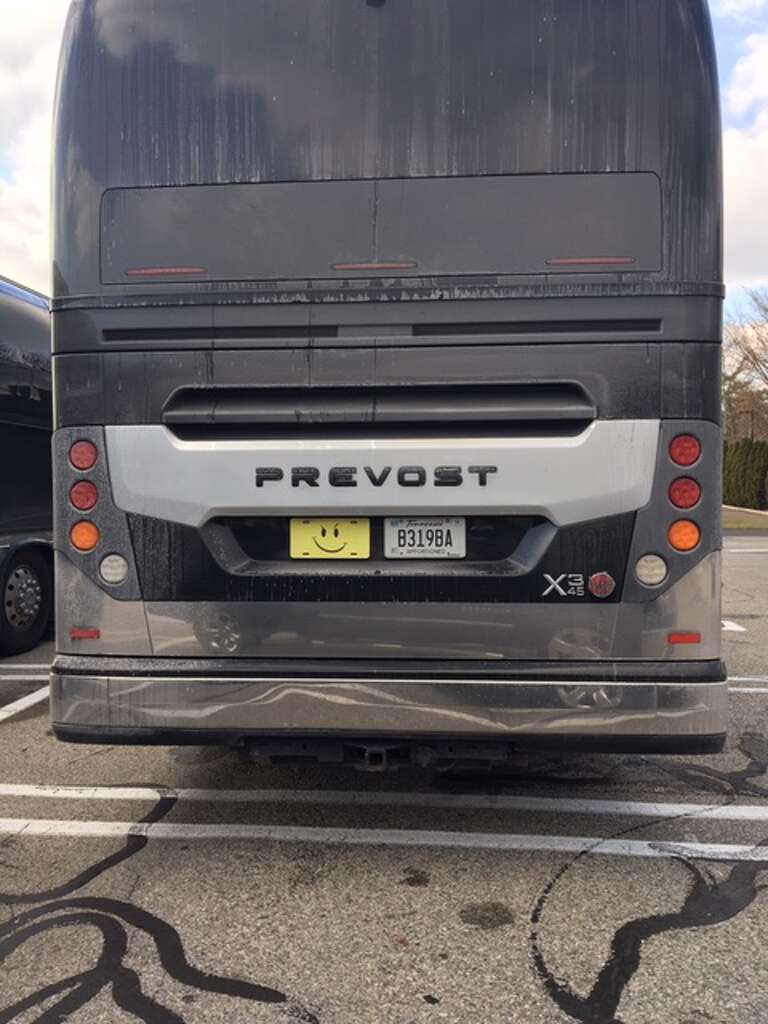 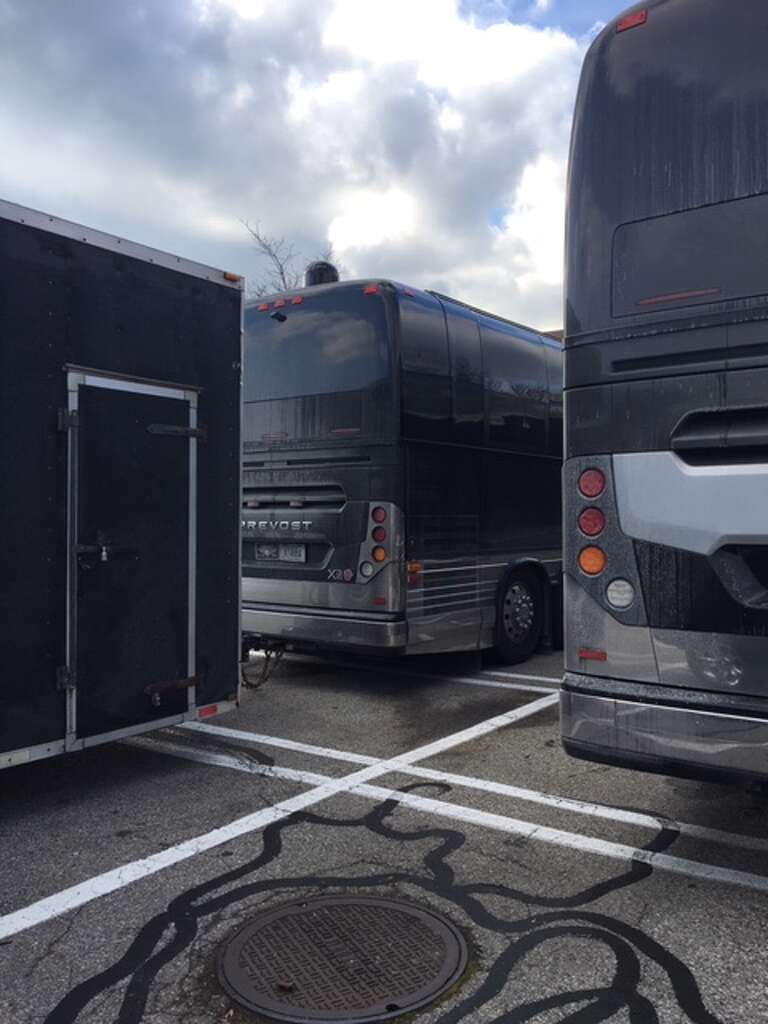 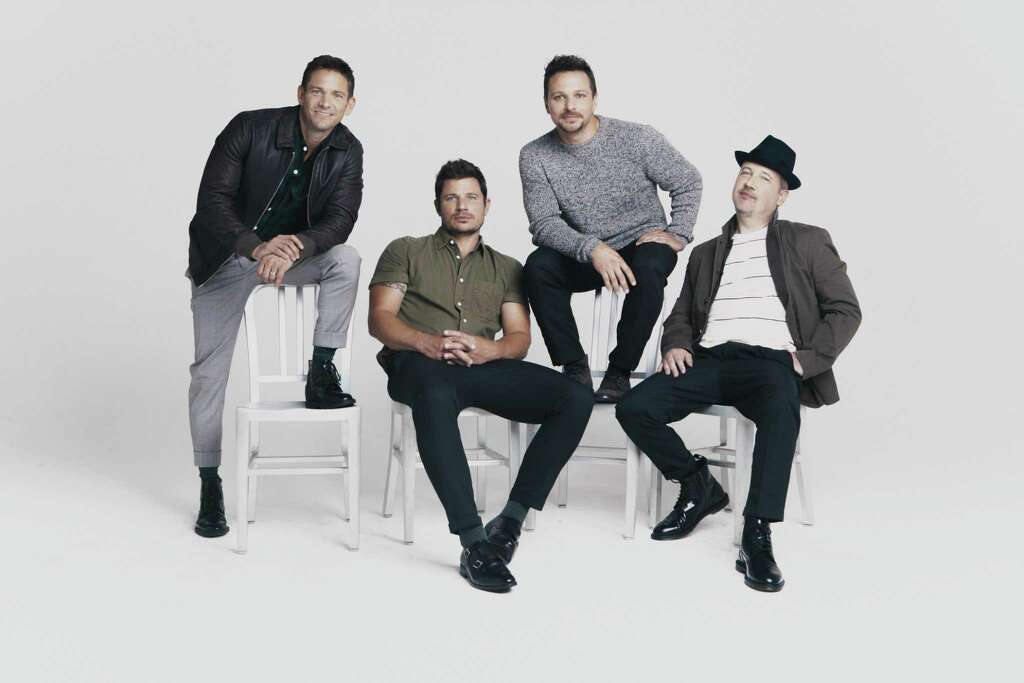 NORWALK — Sometimes it’s not easy being a boy band from the ’90s.
98° — known for the hits “I Do (Cherish You),” “Because of You” and “What Christmas Means to Me” — got the boot from the Stop & Shop parking lot on Main Avenue Tuesday afternoon.
The band's two huge black tour buses, with tinted windows and one towing a black equipment trailer, had been idling overnight. Some people wondered what they were there for, and who the passengers might be. The outside of the coaches gave no clues, just Tennessee plates, an orange "violation" sticker on a door window, and a smiley face license plate.
Lauren De Bruijn, 49, of Westport, was one of the people puzzled by the rumbling vehicles. She was shopping at the market and surprised to still see the buses outside when she was done. She called the store and said the manager told her they’d been trying to get them to move.
“The buses look nefarious and the whole thing is so mysterious and weird,” she told Hearst Connecticut Media.One of the bus drivers said the passengers were the band 98˚, and that the hotel, Zero Degrees, across the street didn't have room for their vehicles.
"They're making us leave now," he said after starting his bus about 2 p.m. Tuesday.
The band is brothers Nick and Drew Lachey, Justin Jeffre, and Jeff Timmons, and is playing Wednesday night at the Ridgefield Playhouse. According to the venue’s website, just 16 tickets were left Tuesday afternoon for the 8 p.m. Wednesday event, “98˚ at Christmas 2018 Tour.”