98 Degrees’ Justin Jeffre on changes in music industry, holiday tour, and how they’re having more fun than ever 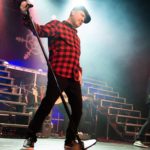 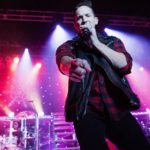 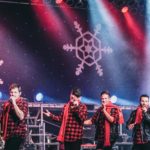 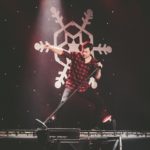 The music industry in the ’90s was a much different animal than it is now, and it had a little bit of everything. From the actual music side of things, the ’90s allowed just about every genre to have its own moment of glory: nu-metal, grunge, hip-hop, alternative-rock, and even post-grunge got to shine towards the end of the decade. Of course, the genre that never truly fades got its turn: pop.

The biggest thing with pop music in the ’90s was inarguably the arrival of boy bands and how inescapable they were. That’s where this story begins, as it was at the peak of boy band mania that Jeff Timmons sang at a college party, got a positive reaction, and decided to fly out to Los Angeles. Nick Lachey followed, having been introduced to Timmons through a friend from school. Justin Jeffre joined, as well, from the recommendation of Lachey who ultimately brought along his younger brother, Drew.

98 Degrees was always different amongst the other crowd of boy bands, where instead of focusing on big poppy choruses, the group elected to highlight their R&B and soul influences. This is something evident from the very beginning, their first single being the slow-burning “Invisible Man” through “I Do (Cherish You)” to their Mariah Carey-duet “Thank God I Found You” and their late career hit “Give Me Just One Night (Una Noche)’

Following an almost decade long hiatus from 2003-2012, 98 Degrees reunited for what was originally expected to be a one-off performance at the Summer Mixtape Festival in 2012. “I think we’ve always been fortunate that we’ve gotten along really well and everyone has really good work ethic: we work hard at it, we’re passionate, and we respect each other,” Jeffre tells Substream in November in relation to why they stayed together more than originally planned.

It was a performance that took some time to pull off, as everyone in the group has gotten a little older, but once they got on stage, Jeffre highlights how natural the whole thing felt at Summer Mixtape that year. “It was such an intense thing,” he mentions, before pivoting to explain what made it hard getting back together, “We lived on the road for years and I think everyone needed to rest and people were starting to get married and have kids. The next thing a decade has flown by and we’re like man where has the time gone? And that made it a little more complicated to get everyone’s schedule together to try something.”

The decade flying by has its positives. Certainly each member was able to get out and live life in the way that they wanted. Getting the group back together after a decade, though, provides a different atmosphere at their show: one that rings of nostalgia for them and most everyone in attendance. “You know, we were in our early to mid 20s and singing to teenagers [in the beginning] and now they’re able to have some drinks and it’s a party for them going down memory lane. It seems like everyone is having more fun, we’re all kind of reminiscing together,” Jeffre shares.

He highlights the idea of their shows being more fun for everyone involved, and when asked about what exactly makes them more fun for them as performers, Jeffre notes “The biggest difference between then and now is I think we’re having more fun now because we feel less pressure [and] we’re more experienced performers and singers. We also know each other so well and appreciate and respect each other more than we used to. So, I think that’s what makes this formula really work well for us. We’re really having a blast doing what we do.”

The music industry has been an ever-evolving monster for many years to come: from physical copies of music evolving to more portable and easier to carry on, to physical copies almost being non-existent for the average music listener due to digital access, and ultimately purchasing individual releases through the rise of streaming services. For most – especially consumers – this has been the biggest thing to notice that has changed. However, to Jeffre, it’s something different – one that they’re still working through. “I think probably what I’d say the biggest change is the model for making music,” he begins. “Record companies aren’t really relevant in the way they used to be and that’s really changing the way people are doing it. Instead of recording it, and maybe it’s an EP with a couple of songs or a single or releasing it digitally for free, there’s a lot of different models and we’re still navigating those and seeing what works for us. We were happy to [2013’s 2.0], but as far as moving forward we’re open to trying new models and different things.’

This change in how music is made, while it may be something they are still working through collectively. 98 Degrees released an all-original album in 2013, and followed that with their second holiday album in 2017, Let It Snow.  When speaking on recording Let It Snow, Jeffre talks about how they worked with a new producer, the Grammy-nominated Adam Anders (Jonas Brothers, Miley Cyrus, Backstreet Boys). While Anders was new for 98 Degrees – he did previously work with Lachey as a solo artist – the band has always worked with different producers. However, Jeffre again shares how different things have been recording these albums, due to technology evolving so much. “When we first started recording, we were using a tape and then we worked with a producer who got into doing things digitally,” he shares

“We were able to do the recording process a lot faster because they had already sort of mapped out the arrangements and they have a singer that they sort of work with do largely the background parts and the harmonies, they were already worked out,” Jeffre begins explaining how exactly technology has made things faster, while also adding that demos essentially have become so close to the final product that it makes it a seamless, easy process to polish them off. “We of course added some things and change some things, and it sort of grew, but it was nice to come in with sort of a road map and knock out song after song,” he finishes.

At the time of our conversation with Jeffre, 98 Degrees were five shows into their winter holiday tour, in which they play their own songs, but focus more on classic holiday songs. This is the second rendition of this tour, and it was an easy decision following the success of their 2017 run. There were some changes in the show from previous year, including new holiday songs, more theatrical sides to the show, all in order to keep things exciting and new for fans returning from the previous year.
While the tour runs through December 21st, 98 Degrees don’t have anything announced following or for 2019 – tour wise or plans for new music. When we spoke, Jeffre talks about how they have received more offers in relation to holiday tours, and the possibility of doing something in the summertime. Additionally, the group did a club show in Miami recently, and even performed some shows at Disney that they are considering. While Jeffre thinks it’ll wind up being a combination of all three, he highlights that there are personal things understandably taken into consideration. “I think it’s just a question of, you know, families and kids, what makes the most sense. Maybe a summer time thing is good because the kids are not in school, we’re trying to find that right mix and we’re still looking at it. Of course a lot of things have to do with people that ask you to come here and do this or that,” he explains. 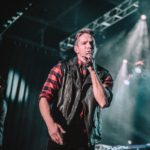 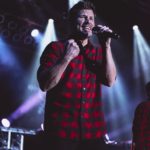 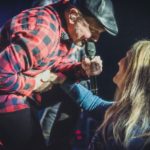 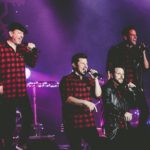