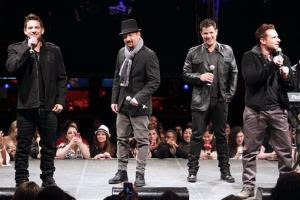 NEW YORK (AP) - For Donnie Wahlberg it's not a matter of why now, rather "why not?"
The recording artist-turned-actor was referring to the news of a major tour with his New Kids on the Block, who'll be joined this summer on "The Package Tour" by 98 Degrees and Boyz II Men.
"The state of the boy band union is strong," Wahlberg joked Tuesday. "Even though technically we're not really boy bands, but we're OK with that, so we'll accept it."
The three bands sold millions of records in the 1980s and '90s and helped usher in a wave of vocal groups that continues today.
The Boston-based NKOTB formed in 1984 and amassed ten Top 20 hits. They broke up in 1994 but got back together after a 14-year hiatus. Wahlberg said he feels the break coincided with the maturation of their fan base.
"They needed time to have families and husbands and children and get jobs and live their life," Wahlberg said.
But now he sees his band's music as a complement to the fans' adult lives.
"We created an outlet for them to feel good about themselves and tap into that youthfulness that had been put to bed for a long time ... you may be 40, but the euphoria of it makes you feel 14 all over again," Wahlberg said. 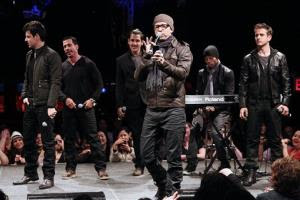 The band also announced a new single, "Remix (I Like The)," which will be released Jan. 28, and a new album, "10," which is out April 2.
That music will be a bit more mature than some of the band's previous material, member Joey McIntyre said.
"It is about the decisions that a grown man makes and goes through, as opposed to singing songs like 'Popsicle,'" he said.
Nathan Morris, one of the members of Boyz II Men, known since the early 1990s for such hits as "I'll Make Love to You" and "End of the Road," said the tour is going to be all about performing.
"If the boy band thing is attached, it's wonderful, but for all of us in here, we're ready to get out there and sing and perform," he said. "That's just what we do."
Though 98 Degrees is the youngest group on the bill, it has been apart the longest, 12 years.
"So we're excited to get back together and doing what we do," member Nick Lachey said. "We feel reinvigorated by our bond and by our group, so we're very excited by that."
Wahlberg, who stars as Detective Danny Reagan on the CBS television series "Blue Bloods," about several generations of a family of New York City police officers, said the boy bands' tour, kicking off May 31 in Uncasville, Connecticut, and continuing into July with more than 30 dates, is going to be "great." 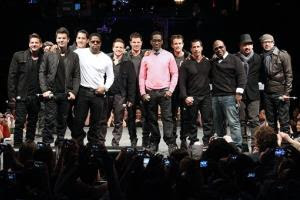 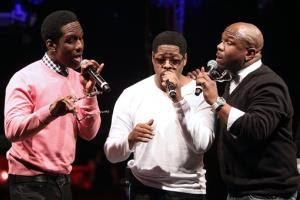