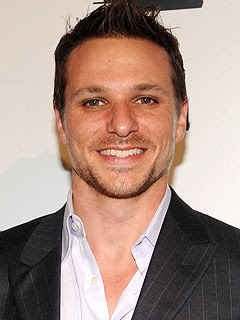 Armed with a list of baby boy names, Drew Lachey and his wife Lea thought they were ahead of the game when they discovered they were expecting a son.

However, the couple soon realized even the best laid plans often go awry!

“Some of the names we floated around for if [our daughter] Isabella Claire had been a boy actually became the most popular names in the country, so we said, ‘Nah, we’re not going to do those names anymore,’” the singer and Dancing With the Stars alum, 34, tells PEOPLE Moms & Babies.

“We had to go back to the drawing board.”

Fortunately, deciding on Hudson Nicholas for their now 3-month-old was a no-brainer.

“Hudson is just a strong name, a classic name, and when we hear it, it just reminds us of New York, which is our favorite city in the world,” he explains.

Settling in as a family of four isn’t the only new adjustment for the Lacheys — they’ve relocated back to Drew’s hometown of Cincinnati, Ohio.

“We’re loving it and having a great time. It’s great being back close to family and, you know, when we think of a childhood, this is what we think of,” Lachey says. “We don’t think of Calabasas and the Sunset Strip and the Grove. We think of Cincinnati and a more innocent and carefree lifestyle as opposed to the hustle and bustle of Hollywood.”

And while 4½-year-old Isabella occasionally longs for the West coast — “She still talks about how she misses some of her California friends” — she’s quickly fitting in with the locals.

“She loved winter — being able to play in the snow, and now chasing lightning bugs. We live near the woods so we have deer come through all the time,” the proud papa notes.

“She’s really embraced it and she’s doing well in school and she has a lot of friends. We’re fortunate to move in with some great people on our street, so we are feeling pretty blessed right now.”