More talent at the CSS sessions

Lots going on in one day….
The projects and talent becomes more and more interesting as the day goes on.
We also had the pleasure of working with director and producers, Jeff Kalligheri, Luis Baretto, Chris Ragazzo and Faouzi “Faz” Brahimi.
These are the guys that produce top rated tv shows and movies like, LA Ink, Next Top Model, Making The Band, The Bachelor, The Departed, Lake Placid and many more. By far the most down to earth group of professionals I’ve ever had the pleasure of working with!
I look forward to working with these guys much more in the future.
We also had “Dope Boy” Chris, “Street Lotto” and “Poison Ivy” swing through the studio. Three of the baddest rappers in LA by far.
Singer, songwriter KC was kickin’ out the Rock n Roll Utah style and Train Wreck bringing his Texas tone.
Jesse Wright and Adam Duffy are the engineers behind these Hip-Hop and Rock projects. 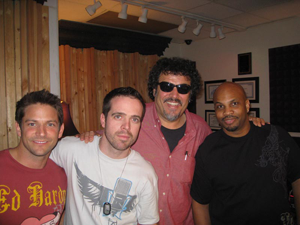 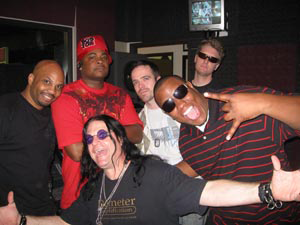