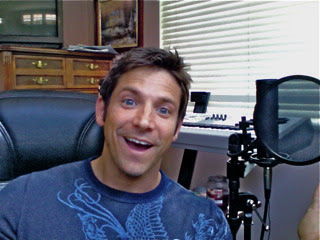 I am no longer going to be active on Twitter for a couple of reasons. I didn’t make the announcement because I think the world revolves around me and I am super cool, but because I truly have made some great new friends and some super fans through the service, and want to stay in touch with them.

I got onto Twitter because I was wrapping up a new record, a solo one, and wanted to introduce my new music and sound to as many people as possible.

Late last October, I posted a cheesy video asking people to sign up to my Facebook fan page, and in return they would get the new album for free. Facebook sort of put an end to that quickly. They have rules about promoting yourself on their pages. Facebook as a corporation is still trying to figure out how to make money from their platform. Advertising is really their only revenue stream, and when artists like myself or businesses start promoting without using their paid advertising service, they see that as a threat and an opportunity lost.

So, Facebook deleted my personal page (nearly 5000 friends), and would prevent fans on the fan page from sharing the fan page with their friends. They would even make the page disappear from time to time. If you were to input Jeff Timmons into the facebook search, neither my personal or fan page would appear in the results. Heck, I don’t even know if the pages show up now.

Anyway, I had to look for an alternative viral way to make people aware of my free album. I did a couple national morning TV and radio shows, and jumped into Twitter.

Soon, I had over 1.2 million emails in my database. Oddly, the music has only been downloaded some 50,000 times, so who knows if all of the emails made it out properly.

My goal was to make people aware of the music. Even though the album was delivered for free, it cost me a lot of my own money to produce. I felt it was a small price to pay to get people excited about my new stuff. I feel like the campaign was a success.

Every time I log onto Twitter, I try to communicate with as many people as I can. I have never played favorites or ignored anyone. I cherish and appreciate every single person that is interested in me and my music. In the last couple of months, people have started to get angry with me and saying that I am ignoring them, or I don’t like them. Nothing could be further from the truth.

Whenever I start a tweetfest, I will get at least 100 new tweets in the first minute. If anyone knows the Twitter API, they know that you can tweet 100 tweets per hour. That means that not only can I not answer everyone, sometimes I don’t even see all of the tweets until I’m not allowed to Tweet anymore, and go back and read them in retro.

And, folks get angry.

Now, Twitter is no longer a fun tool to communicate with fans and promote new stuff. It’s sort of a time-consuming effort to NOT piss people off! I’m trying to think when the tipping point was (hmm…around 7,000 followers or so).

The phone lines are jammed from the start of the show until it finishes. We can’t possibly get to everyone. Impossible, I say!

BTW, we do that show for the fans. None of us get paid. Not a cent. We do it to get fans excited and communicate with them in a different forum. We do it to get to know them. It is something different than: ”Go buy my music, here is your autograph, snap your pictures and make your way to the end of the line. That’ll be three-hundred bucks, please…”

Anywho, most folks that were listening to the show thought my Tweet was funny. A couple of people got offended. My Twitter page was in an uproar the next day. ”I can’t believe he said that to us,” “What a jerk,” “Did anyone notice that Jeff follows the Blockheads so they download his music?” (Uhhh…duh…YEAH….you mean the album I am giving away for FREE??!!!)

So, I tweeted an apology. I would never want to hurt or offend anyone. You guys know that. Then I got: “See, he has no backbone,” and “Yep. It is sad to see him cave in, but that’s what you get when you’re a people pleaser.”

So you see, I can’t win. The Twitter bird is flying away into the sunset. FLY BIRD, FLY!!!

I know, I know, you’re wondering why I care. I care for the same reason I try to make every single one of you feel special. I know that I can’t please everyone.

I will continue the radio show. We have way too much fun with it. I can always be reached on the facebook pages, and my jefftimmons.ning.com site and my official website jefftimmons.com. I won’t take down the Twitter page, but will leave it up only to update on occasion for those who care.

I love making music, and will put songs up for sale for people who want to buy them. (Or, as someone said in the chat room on my OWN website: “I don’t buy music that I can download for free.” —OUCH!

I love the fans. I love my new friends. I love that at least one person out there digs my songs and inspires me to keep making them. Thanks for love from my lovers, and thanks to the haters. You all make me wanna be a better man. (No pun intended).