The adventures of Lotta, Dot, Aubrey, and their friends are set to continue today, as the second season of Harvey Girls Forever! arrives on Netflix. If you need a preview of the fun you can expect, DreamWorks Animation has provided ComicBook.com with an exclusive clip from the newest season.
The clip, which you can check out above, sees Lotta (Lauren Lapkus) taking her love of boy band Crush 4U into a whole new direction. When Lotta is sent a message with a chance to win an "Empanada Date" with the band, she realizes she needs to prove that she is the biggest fan in all of the "Crushiverse".
The series, which debuted as Harvey Street Kids last year, follows some of the characters of the iconic Harvey Comics world, as they go on an array of modern adventures. And as those who have seen the first season surely know, Crush 4U plays an interesting part in all of that.
"We got actual boy band members in our cartoon boy band." co-showrunner Aliki Theofilopoulous told ComicBook.com last year. "I think at the time when we were thinking 'This is part of Lotta's character that she loves boy bands', and that was very fitting in her character. And we referenced it, there's a poster in her bedroom and all that. But this became this whole big thing, where the boy band really just was in our show. So we've gotten to work, now with [New Kids on the Block's] Joey McIntyre and [Boys II Men's] Shawn Stockman and [NSYNC's] Joey Fatone and [98 Degrees'] Nick Lachey in our Harvey Street world created boy band."
"It could not have been a better dream come true with that." co-showrunner Brendan Hay added. "We had so much fun."
"That's just like a super group of amazing singers that I loved when I was in middle school, so it's very cool to be a part of that." Lapkus also explained to ComicBook.com. "That episode's really exciting. A lot of the session with that band has been really fun to play as well, because [Lotta's] just completely in love with them. She's just a complete Crush4You head."
The second season of Harvey Girls Forever! is now available to stream on Netflix 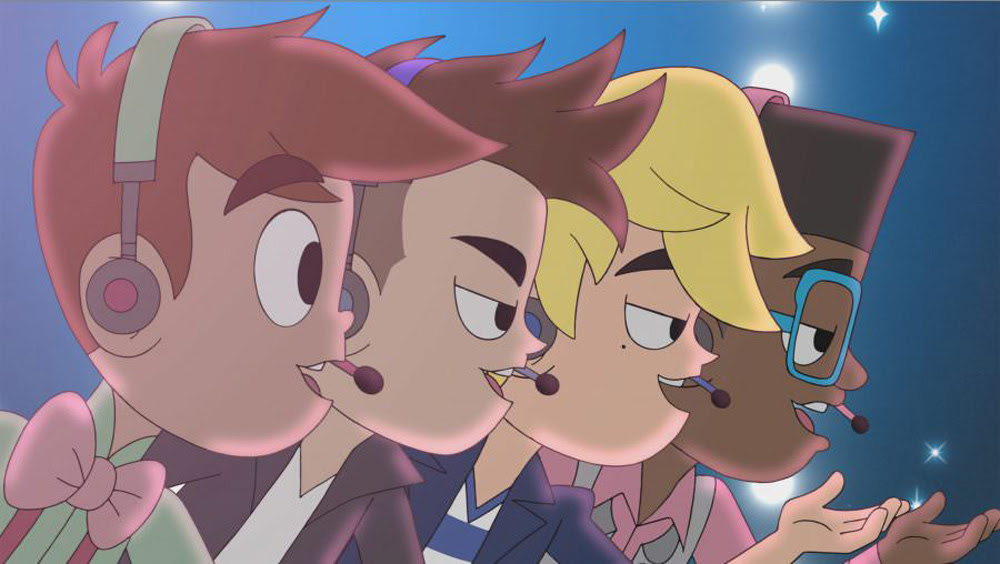