Drew Lachey's daughter steals the show on 'Dancing With the Stars: All Stars' finale 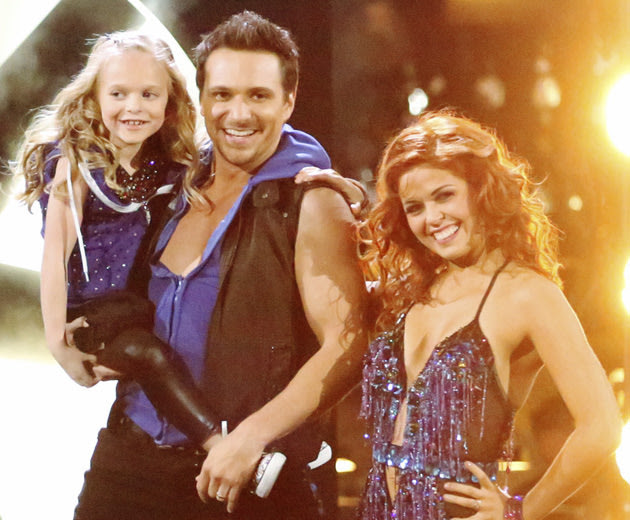 Drew Lachey with his daughter Isabella and pro partner Anna TrebunskayaDrew Lachey may have lost his chance at the mirrorball trophy early in the season (he was the third celeb to get axed), but he won America's heart last night when he hit the floor for a father-daughter dance on the season finale of "Dancing With the Stars: All Stars."
Lachey, 36, and his pro partner Anna Trebunskaya got the party started as they cha-chaed to Beyoncé's "Crazy in Love," but when Isabella, 6, sashayed onto the floor in black Converse kicks, a tutu, and a rhinestone-studded hoodie, the crowd went wild. 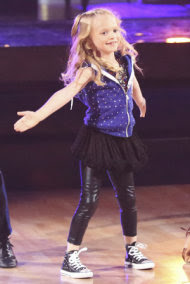 Proud pop Lachey picked up his daughter and performed a series of swing dancing lifts before the cutie stole the show with her own dancing skills. She mugged for the camera as she busted a move with break dancing-style kicks, splits, and shimmies. She even pumped up the audience as she clapped her hands over her head while Lachey clapped along.
It shouldn't be a huge surprise that the former boy bander's spawn knows how to break it down: Her mom, Lea, was the 98 Degrees choreographer and a dancer for the group. Clearly, rhythm is in her blood.
"DWTS" host Brooke Burke-Charvet summed up the tiny dancer's performance best, saying, "She's got the moves."
And she certainly does…