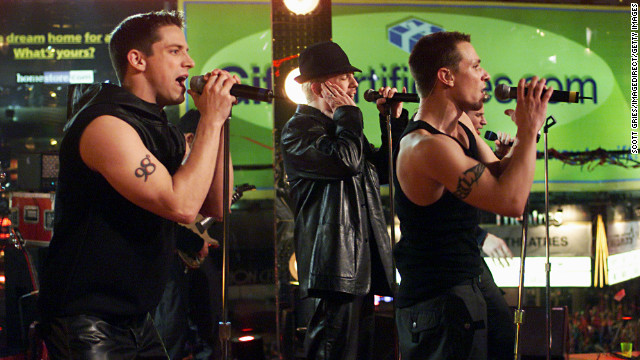 98 Degrees plans to keep this summer's "The Package Tour" as hot as their group's name.
The '90s boy band has joined New Kids On the Block and Boyz II Men for the journey, which kicked off Tuesday in Connecticut and will wind across North America until the tour's last stop in Indianapolis, Indiana, on August 4.
Speaking with MTV, 98 Degrees pointed out that the other two groups are their perfect complement, since they've drawn inspiration from both acts.
"If New Kids on the Block and Boyz II Men had a child, it would be us," Drew Lachey said, as his brother Nick added that they're "part R&B [group] and we ended up being part boy band. We were kind of caught in the middle, so it's almost symbolic that we're sandwiched between these two groups on this show."
Or, put another way, they're like the balancing component to a recipe, Drew said: "Like a casserole, hot and steamy."
It'll be a "tasty" one, chimed in Justin Jeffre, as Nick promised, "There's enough for everybody."