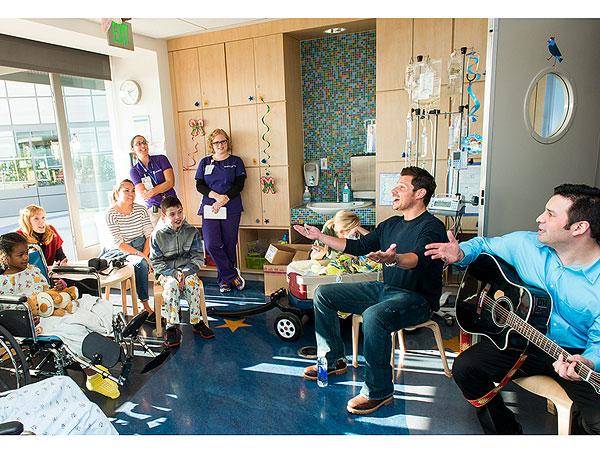 Nick Lachey gave back this holiday season by performing for kids at Mattel Children's Hospital UCLA. Accompanied by his guitarist Jay, Lachey, who recently turned 40, sang holiday favorites and songs from his album A Father's Lullaby in a playroom at the Los Angeles hospital on Friday. For some children who were too ill to leave their rooms, Lachey put on scrubs and took the show to them and their parents, singing for the kids at their bedsides. "The kids had the biggest smiles on their faces, and Nick was so touched by the strength of the children – there was not a dry eye in the room," an onlooker tells PEOPLE. A parent himself, Lachey and wife Vanessa have a 1-year-old son, Camden John, and have talked about expanding their family.