The Winner Is 2013 Recap: Premiere – Nick Lachey Delivers For NBC

I wasn’t sure about the new show on NBC called The Winner Is 2013, especially with a July 11 premiere date set and no real shows to lead into it. However, NBC switched up things and did a special preview of The Winner Is on NBC (which I think should continue in this timeslot for the rest of the season. It opened to good numbers and Nick Lachey delivered as host of The Winner Is 2013. One episode in and I am a fan, so check out how it works below! 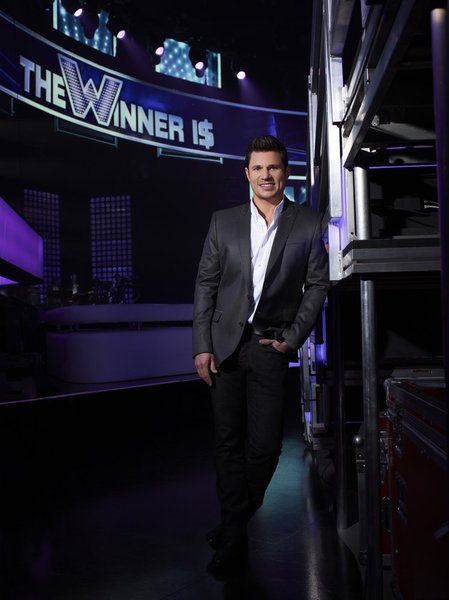 Each week, there will be three rounds of singing. In the first round, two artists will compete against each other in a battle round (we are looking at you The Voice). There is a panel of 101 judges made up of bloggers (how do I apply), music writers, YouTube stars and so on. They will vote for their favorite artist and the vote totals will be revealed, but only the numbers and not which artist received what number on The Winner Is 2013.

Nick Lachey then offers both acts a sum of money for them to accept and walk away from the show or they can pass and hope they were voted into the next round. The person with the higher number of votes from the 101 judges will move on and the other goes home. If they do accept the money, then the other singer moves on automatically. The person with the highest vote total after Round 1 will move into Round 3 automatically. The other two winners will battle it out in Round 2, with the same stakes but higher amounts of money being offered!
The final two singers will battle it out one more time and same stakes as before, but this time on The Winner Is the person with the highest number of votes moves on to the finals and a chance at winning $1 million on The Winner Is on NBC 2013! Let’s get to the good stuf though and the singers for The Winner Is premiere!
ROUND ONE
Name sound familiar? Yup, Lakisha was a finalist on American Idol Season 6 and finished in fourth place and now she is singing on The Winner Is Season 1??? Lakisha starts it out singing “Lady Marmalade” and I loved it. She clearly has stage experience and worked the stage very well, with some great vocals, of course. Lito sings “Nessun Odama” and while opera is not my style of music, this was a very good vocal as well. I would give it to Lakisha though!
Judges Vote: 68 to 33
Offer: $5,000, which neither of them take
The Winner Is: Tito Villareal
This is a battle of sisters versus brothers, as Schae is made of three sisters whose parents own a karaoke business and that is how they learned to sing…this should be interesting. The Kalama Brothers are Hawaiian and learned to sing from their father, who passed away two years ago. Schae sings “Domino” and it is just that, a karaoke version of the song. Nothing special from them. The Kalama Brothers sing “More Than Words” and I like it. It seems like kind of a safe choice, but it works for me.
Judges Vote: 66 to 35
Offer: $10,000, which neither of them take
The Winner Is: The Kalama Brothers
The Las Vegas show girl with Midwest values taking on the registered nurse. Kirbi sings “Love Is A Battlefield” and she shows off that, I used to sing on cruise ships voice. It is decent, but I am bored. Katie sings “Independence Day” and we have a strong country singer on our hands folks! This was a great performance from Katie and I am picking her!
Judges Vote: 96 to 5
Offer: $10,000, which neither of them take. With that vote total, how could neither of them take it. One had to know, right?
The Winner Is: Katie Ohh
The is the end of Round 1 on The Winner Is on NBC and Katie Ohh clearly wins the Fast Track with the most votes and goes straight to the final round tonight.
ROUND TWO
Their friends and families join them on the stage now and Tito starts it out singing “Grenade” for the 101 on The Winner Is. He shocked me in Round 1 with his victory, but he did have great vocals doing his thing. This was too big of a song for him and I was not impressed. The Kalama Brothers sing “Hey Soul Sister” and while it is good, I get annoyed that they are constantly singing together. One should take more of a lead role and the other come in every once in a while. It gets annoying hearing them sing together all the time, right?
Judges Vote: 88 to 13
Offer: $25,000, which neither of them take
The Winner Is: The Kalama Brothers
FINAL ROUND
The final round on The Winner Is 2013 should be pretty good, as both acts have shown some good qualities in their performances. The Kalama Brothers start it out singing “It’s Time” and again, I am over them singing together all the time. They do have good vocals and it was a good performance, but I think they could be so much better if they worked harder on their performances. Katie sings “Breathe” and I think we just saw the winning performance. She has such a solid voice and deserves the victory.
Judges Vote: 91 to 10
Offer: $50,000, which the Kalama Brothers take and leave the competition with some money in their hands
The Winner Is: Katie Ohh
That means Katie Ohh moves on to The Winner Is 2013 finals and will be competing for the $1 million prize. Do you think she can take it all?